Florida governor Ron DeSantis joined Clay Travis on Outkick on Fox Sports Radio this morning. His remarks included commentary on why the SEC and ACC should not only not follow the Big Ten in potentially canceling college football season, but that they should make a bid in poaching their players if that happens. He also weighed in on Trevor Lawrence. Here’s the full segment:

Some key quotes from Governor DeSantis:

On the SEC/ACC playing football:

I think in fairness to some, you know, the Big Ten and kind of those college presidents, they may have a little bit different sense of this. The Southeastern Conference and ACC — I think most of those institutions do want to play because I think they do understand, you know, how important it is for the for the well being of their student athletes. So yeah, I’m, I’m 100% in favor of and in fact, when the SEC changed the schedule up, you know, I was like, ‘Okay, so we’re just not going to do Florida-Florida State?’ I was like we could maybe we can find a way to squeeze that in as well. So yeah, we’ve got to play.

What Trevor Lawrence is doing, I mean he’s he’s putting things out that are incredibly well put from experience. The logic is compelling, and that matters. I mean, you know, to have someone of his caliber out there doing that, people are going to follow that type of leadership.

On why SEC and ACC schools (like Florida and Florida State) should not only not follow the Big Ten, but should consider poaching players if Big Ten does cancel:

Not only should they make the best decision for themselves and not let the Big Ten lead them into canceling sports, what they should do is they should reach out to all the Big Ten athletes and say, ‘Hey, we’re playing.’ I mean, look, I don’t want Justin fields playing against Florida teams, but I mean, at the end of the day, I think you’re going to see if there’s parts of the country that won’t allow the opportunity in other parts. You’re already seeing you have some high school athletes that are moving from California to Georgia and stuff. I think you’ll see that happen.

So no, you don’t go by what the Big Ten does. You’ve got to do what’s right for your institutions, and I think here, the safest thing is to play because I think this is the best environment for our student athletes.

On players who wish to opt out:

My view would be that if you if you feel that somehow that this is too risky for you, you get to keep your eligibility, keep your scholarship, and come back if that’s what you choose. So, I don’t think anyone should be forced to do it, but my sense would be the vast, vast majority of players would want to get out there and be able be able to play. It’s a very important thing here in the state of Florida not only with our colleges, but obviously our high school athletes as well we’re very supportive of giving them the option to go back and continue to play as well.

On support for student athletes:

Well, I’m absolutely happy to talk to the players. They have my full support, not just football, but all of our student athletes, and we’ve got great programs in both men’s and women’s sports in Florida. You know, I’ve actually spoken to one of my neighboring colleagues just trying to figure out what the sense is in these different states. My sense is that the SEC country is probably gonna really want to play the season. I know the Big Ten It may go in a different direction, but I do think that people want the season to go. I’m happy to help out with the effort, because I do think it’s important. And at the end of the day, you know, these are the years this is a season that these these student athletes will not be able to get back, and that’s going to have, you know, ramifications, I think far into the future. So, you can do it safely. All athletes can make the decision for themselves. If they don’t feel comfortable, let them keep their eligibility and come back, but I would bet I’d be willing to bet 99% would want to play. 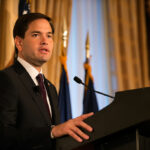 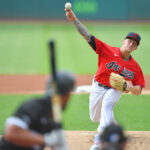