COVID is dominating the NFL news with the Titans outbreak and the pushing back of the Patriots-Chiefs game with isolated positives.

This is not just the case of a star player in Cam Newton catching attention, it is indeed a top concern.

If a single New England or Kansas City positive turns into an outbreak where more players or staff are infected, the Week 4 contest will not be played in the next few days. The incubation period can be 5-7 days so what happens between now and early next week will determine if the matchup happens.

Without taking sides, I would refer readers to two previous Outkick articles. The first one written three months ago explains viral load and how the virus is most commonly transmitted.

It is not the acts of blocking or tackling, but prolonged exposure and that makes sideline transmission among teammates more likely than on-field transmission to opponents.

We can’t definitively say opponents can’t get COVID, just that the risk is not as high as people think. The data is not complete yet but to date, no Vikings player or staff has tested positive while now 13 Titans players and staff have. Of course the safest thing to do is to not play football and have everyone stay home but the line of scrimmage risk is not as high as people think, much like the perceived risk of people dodging each other down grocery store aisles is over reaction (of course wear your mask for added safety).

The other article was published at Outkick two months ago as a call to be proactive and not reactive. Chasing positive tests is not the way to go.

Yet teams still seem to be doing it. The point is to treat everyone as COVID positive and when contact tracing is done that the finding should be no one has been in close contact with the positive subject.

Unfortunately the second part of my often stated March prediction on Clay’s Outkick Fox Sports Radio show is coming true. Back then when the world was upside down, I opined that the NFL would play and start this season on time (which happened) but after that was my real worry. I was not sure how the season would end but was sure there would be uncertainty and bumps along the way. That is now upon us. 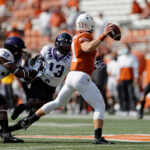 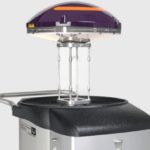