That broad brush paints fans, media and even teams. The key to slowing this virus is to be proactive, not reactive. Reacting to positive tests will not get the job done. Although test are necessary prevention on the back end, the front end is the bigger key.

Using our “sunburn analogy” from our viral load article explaining how COVID is transmitted, reacting to a positive test is like seeing your friend already turn red and then wondering if you need sunscreen yourself. It is probably too late.

Chasing positive tests in football terms is letting the receiver to catch the ball down field and then sprinting from the line of scrimmage to make the tackle. The key to winning defense is pressure up front and good coverage. Proactively.

Sports leagues seem to be chasing and reactive to COVID.

Doug Pederson, the Philadelphia Eagles head coach tested positive, and the team said “Any individuals in close contact with Pederson at our facility have been notified and will continue with daily testing.”

Their emphasis seems to be on reaction and chasing.
On the front end, there should not have been anyone in close contact.

The Bears seem to be proactive with lightweight sensors on all personnel but even then there is a modicum of reaction.

“If someone tests positive for COVID-19, teams will have an immediately available list of that individual’s interactions within the team facility to determine others who need to take precautions.”  The focus instead should be on not having anyone on this close list with or without positive tests.

The Marlins were not proactive when 18 players and three other members of the travel party tested positive. Team CEO Derek Jeter admitted, “Guys were around each other, they got relaxed and they let their guard down. They were getting together in groups. They weren’t wearing masks as much as they should have; they weren’t social distancing.”

With this type of behavior, the focus on testing is just damage control for further spread. The focus needs to be proactive on prevention of any infection or spread.

The Cardinals had seven players and six staff test positive. Its President of baseball operations actually said that he was “Not overly surprised. The original people that had it, and the contact traces that were made, it’s all pretty logical actually.”

If it is so logical who it spreads to on the back end, where is the action on the front end?

Just like the focus on testing is not correct, neither is focusing on the need for a bubble. The focus needs to be on proactive prevention with or without a bubble. Of course a properly contained bubble would do this but that is tough to achieve and sustain although the NBA and NHL deserve kudos so far.

There is no question that tests are needed. With the best focus on social distancing, there will still be possibility of disease and tests alert us in delayed fashion to the active threat. The key is to not allow runners on base (positive tests) as opposed to relying on bringing in the ace reliever with the based loaded. And remember, tests (like the ace reliever) are not always accurate in catching positives and the best relievers in baseball still give up runs. 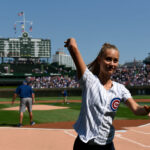 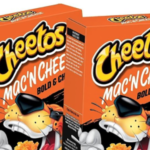