Gavin Newsom is trying to cancel Thanksgiving, Gretchen Whitmer wants her state locked in their basements, and CNN is looking to cancel Christmas. Who is missing from the discussion? You guessed it, Democratic New York Gov. Andrew Cuomo. The new executive order from Chris Cuomo’s big bro limits private Thanksgiving gatherings to 10 people.

“Frankly, I am not sure it could sustain a Constitutional challenge in Court for several reasons including your house is your castle.”

Giardino dunked on Cuomo some more:

“First an Executive Order applying directly to citizens for their private conduct is usually not a law in the sense that there are no penalties attached and you can’t be arrested. Businesses are different. An Executive Order can authorize the State Health Department, the State Liquor Authority, the State Department of Taxation and Finance and other similar Agencies with jurisdiction over businesses, to write up, suspend or revoke their licenses and\or fine a business for a violation.”

“With regard to the Thanksgiving Executive Order, the Fulton County Sheriff’s Office will NOT be enforcing it against our County residents,” Giardino wrote. “And as a Sheriff with a law degree I couldn’t in good faith attempt to defend it in Court, so I won’t.”

The bad news for Giardino is that Cuomo might “deck” him for this once he leaves office. He plans to do the same to President Donald Trump.

The big fighter might need to call on Little Cuomo, the left-wing CNN host, if he is to apply the same punishment to the rest of the New York sheriffs laughing at him.

“I can’t see how devoting our resources to counting cars in citizens’ driveways or investigating how much turkey and dressing they’ve purchased is for the public good,” Sheriff Zurlo said.

Even Erie County Sheriff Tim Howard plans to ignore the indoor gathering limit, reassuring local residents not to “feel a need to hide cars, cover with leaves or walk 3 blocks so your house doesn’t become a target of Cuomo’s executive order.”

This is all quite the big L for Andrew Cuomo.

Good for these officers. 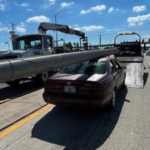 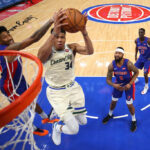