Folks, we officially have our first two members of the Mount Rushmore of Woke.

Olbermann, who celebrated his title by going berserk on the Washington Post for interviewing Donald Trump, woke-stomped toolbag Rex Chapman in a fight that ended up being unfair from the get-go.

Keith showed Thursday just how you win these titles and head straight into retirement.

“The [Washington Post] has given free space to Crazy Trump this morning. The millionth Crazy Trump interview is not unusual, newsworthy, nor journalism. [Josh Dawsey] wrote it and most Post types are desperately RT’ing. Shame on them, and shame on you if you reward them by reading it,” Olbermann tweeted Thursday.

It didn’t matter to Crazy Keith if Post reporter Josh Dawsey was critical of Trump in the story, our Woke Champion saw Trump and went into full triggered maniac mode. He followed up his anger at the Post with tweets claiming Trump is a pedo. 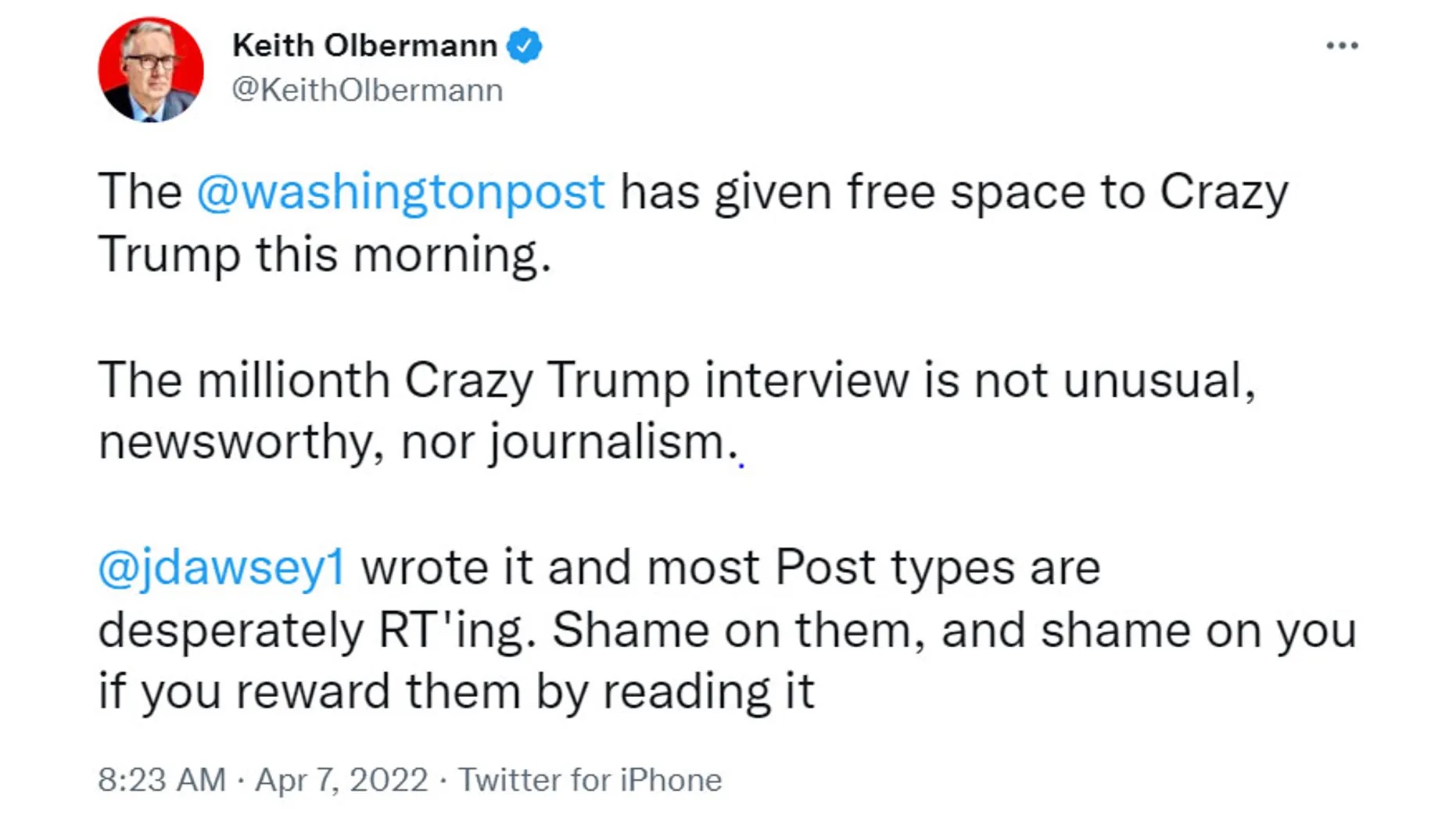 The finals of the @outkick woke sports media bracket are oozing white privilege. Who will join Jemele Hill in the woke hall of fame: Rex Chapman or Keith Olbermann? Place your votes and share your analysis below.

As Fox News pointed out, all living presidents have taken part in sit-down interviews with media outlets over the last year, including Jimmy Carter who sat down to reflect on his 75th wedding anniversary to wife Rosalyn.

Crazy Keith is just this nuts. A year ago, Keith was railing against The Masters and calling for a boycott of the golf tournament due to “Georgia voter oppression.”

THIS is how you win a woke challenge with an expanded bracket full of wokes looking to take you out in the Identity Politics Final Four. 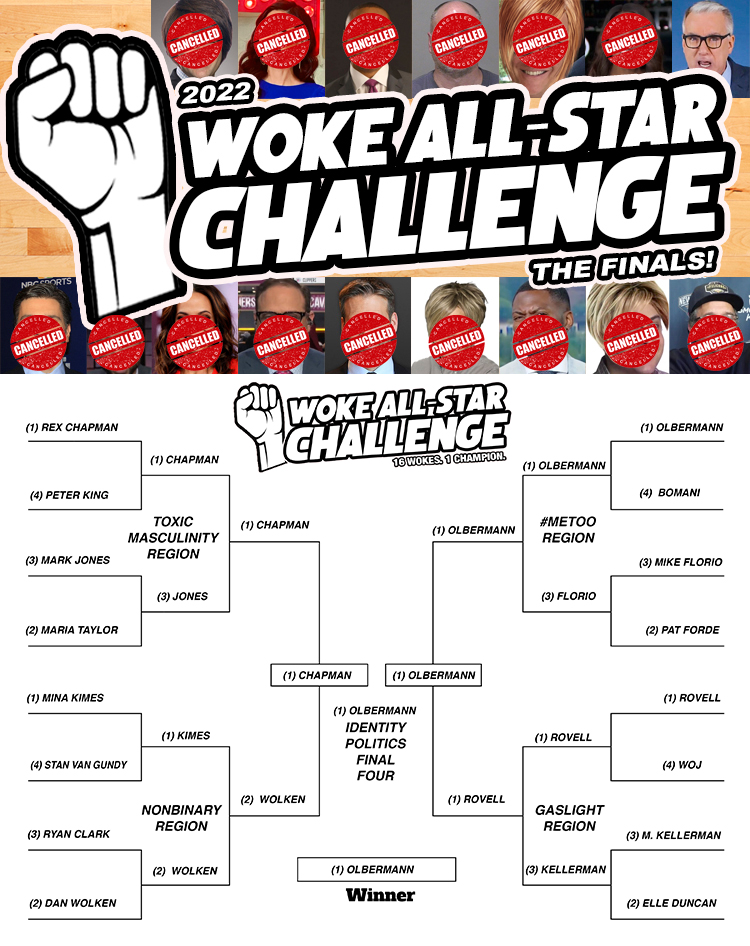