Let’s call it the COVID Cover. Here’s how it works: university athletic departments have been mishandling their incredible football revenues for years, hiding their fiscal failures in bookkeeping tricks.

They don’t know what to do. Their bubble is bursting. There is panic. They need to find ways to throw more money at the football team. Administrators are looking for something to blame. Along comes a once-in-a-lifetime opportunity: COVID. Yes, that’s it. Let’s blame COVID.

The COVID Cover uses the new pandemic to hide longtime losses of massive football revenues, then allows ADs to cut out the programs — and hearts — of non-revenue-producing teams such as track, gymnastics, volleyball and tennis, and throw their money back into the black hole of football.

I’ve been calling BS on this scam for a while. But more importantly, athletes, followers, alumni, fans and parents of these non-revenue sports around the country are calling it now, too. They’re organizing. And what’s happening?

The College of William & Mary announced Monday that it is reinstating the women’s sports programs it cut just last month. Pressure from support groups — and the threat of a Title IX lawsuit — made it happen. The athletic director has also resigned after plagiarizing a heartfelt explanation for the cuts from the heartfelt letter Stanford sent to its athletes.

Come together and you have power.

“I want them to research as much as we are,’’ said D. R. Hildebrand, a former William & Mary swimmer and leader of a group trying to reinstate both women’s and men’s lost sports. “Yes, I’ve been in touch with some of (the support groups) at Dartmouth and Iowa.’’

Groups are starting to pop up across the country. At Iowa, what started as a couple of parents has grown into a large organization complete with committees.

“We’ve been digging in,’’ said Matt Purdy, a former Iowa football player whose son, Ryan, is on the recently-cut Iowa swimming team. “It’s disheartening and underhanded. Where did the money go? None of it adds up.’’

No, it doesn’t. And at William & Mary, you get a great look at what’s happening across the country.

Start with myth No. 1. Andrew Zimbalist, sports economist at Smith College told OutKick that “if you’re accounting properly, you’d find that only about a quarter of the major university programs generate a surplus. They totally mismanage the money.’’

So in general, if a swimming team is eliminated because of lost football ticket sales due to COVID, then a school is taking money from non-revenue sports to fund football, not the other way around.

“Unfortunately, with the onset of the pandemic, time is no longer on our side. The financial challenges have become too acute to continue on the path we charged. Although the Department of Intercollegiate Athletics just concluded one of its strongest fundraising years in history the harsh financial realities of COVID-19. . .’’

Daniel Mee, another former William & Mary swimmer, said the support group started and grew quickly. The first Zoom meeting was 100 or 200 people The next one was 300-400, he said.

What seemed to upset them most was that the school was claiming it had searched everywhere for more funds to keep those non-revenue sports.

“Don’t lie to our faces that you’ve unturned every stone when you haven’t,’’ Mee said. “Nobody ever asked us for money.

“At least for the swim team, we have raised $1.2 million in pledges (donate at savetribeswimming.com). That could keep the program going for four years while we re-evaluate. You could create a plan if you feel you’re dealing with honest people.’’

Hildebrand points out there also is a $3 million endowment earmarked for swimming. While William & Mary is a Division 1 school, the swim team does not issue athletic scholarships. Hildebrand said the men’s and women’s teams, before the $1.2 million was raised, operated at a combined loss of $150,000-$200,000 per year.

Hildebrand, whose group has been filing Freedom of Information requests to find out where the money is going, said the William & Mary football team has lost an average of just more than $1 million a year for the past 10 years.

This is something I’ve been pushing: Schools need a new model, where football and basketball become their own department and pay their own bills. That includes paying the debt service on stadiums and counting it toward football, not hiding it in the general school budget.

Meanwhile, the non-revenue sports can be their own department, raising money, lowering scholarships and keeping costs reasonable.

Football and basketball operate as a professional sports model while the others operate as amateurs. The two models don’t work together.

So why keep pouring money into a football program that loses so much money?

Hildebrand believes the prevailing theory is that Huge was trying to use football and basketball to build a resume. College presidents do the same thing.

Mee and Hildebrand both also believe William & Mary was going to try to get its hands on swimming’s endowment money and give it to football.

The whole plan is blowing up on William & Mary, a lesson for universities as well as supporters of non-revenue sports across the nation.

COVID is starting to blow their cover. 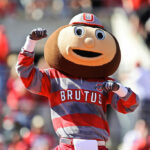 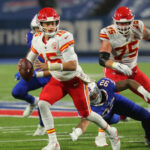