University of Minnesota officials called men’s gymnastics coach Mike Burns last week and gave him the news: The school was cutting his program. He knew. It’s been happening to college non-revenue sports all across the country, alleged victims of the schools’ lost revenues from Covid-19.

Their programs were still dead. Forever. Just like the programs recently cut at Iowa. And if the Pac-12 decides to play football, Stanford’s 11 programs won’t come back, either.

“My job is to protect my athletes,’’ Burns told me the other day by phone. “I felt that I failed them.’’

No, Burns was mistreated, victimized by ineptness. I’m calling BS on schools that keep dropping non-revenue sports, saying it was an economic necessity from Covid-19.

I stole that line from myself. I wrote it here last week and I’ll do it again. The bubble is bursting on college sports’ bloated business model. School administrators are taking advantage of a pandemic as cover to hide from their mishandling of the billions of dollars generated by football and basketball the past two decades.

The current model is to take those revenues and use them to pay for all the other sports. But here’s the dirty little secret:

“If you’re accounting properly and counting all the costs,’’ said Andrew Zimbalist, a highly regarded sports economist at Smith College, “you’d probably get only about a quarter of football schools in FBS generating a surplus. They totally mismanage the money.’’

Athletic departments and universities are outspending themselves and hiding the losses in bookkeeping tricks. Then they take the hot air that is supposed to be surplus and pretend to fund the Olympic sports with it. So they lose more and more money with more and more hot air until — POP!

The bubble bursts. There needs to be a new model. I proposed one last week and Zimbalist now helped me to refine it. Last week, I got help from economist Andrew Schwarz. In other words, I’m doing the work school presidents should be doing rather than firing coaches and destroying athletes’ dreams.

I’m going to fix college sports. Not to set my sights too high.

“I have mixed feelings about it,’’ Zimbalist said, throwing a little cold water. “Before you throw in the towel on the collegiate model, you might try to reform it.’’

This is what I think: Take football and basketball out of athletic departments and make them their own pro sports department, College Sports, Inc. Let them live within their means, pay for their own stadiums and stadium debt service out of their revenues, not the college tuition revenue. Pay the players, who then must pay income tax. Don’t charge students an athletics fee. Don’t take subsidies or other tax money. Pay your own bills.

Meanwhile, the non-revenue sports can have their own model with much smaller scholarships, where athletes pay much of their own way and their tuition dollars pay for the program. It doesn’t do a university any good to fill a tennis team with kids from Spain, let’s say, who don’t pay a penny to the school and then go home when they graduate.

“It’s a reasonable idea,’’ Zimbalist said. “And your College Sports Inc. doesn’t have to be owned by the university. It can be owned privately. Or, maybe the university can own 40 percent and (sell) stock for 60 percent.’’

Stock. Great idea. Let people buy it in College Sports Inc. Then, as Zimbalist points out, stockholders will pressure management to make profits. Boosters only pressure schools to win, so they overspend. Even before Covid, these departments had massive debts.

Zimbalist said that with athletic departments propped up by “subsidies and Uncle Sam’’ as well as stadium debt service being on the backs of universities and not on football revenues, the surpluses are fake and the coaches are paid millions of dollars based on surpluses that don’t really exist.

“This is an artificial market,’’ he said. “The coaches are being paid the value of the players they recruit.’’

Meanwhile, non-revenue sports are left to beg for scraps that don’t exist. I’m the tennis coach at Roosevelt University in Chicago, a small college. My players get academic scholarships and only small tennis scholarships. I don’t have access to the books, but I believe the team brings more money into the school than goes out.

It would take big concessions for major programs to do it that way.

“Everything is evolving and it’s not going to go back,’’ Burns said. “If you’re clinging to the stuff you like, you’re not evolving.’’

Minnesota was projecting a $75 million loss, though and Burns said his team budget was $725,000, including everything. That shows you the BS: Minnesota would have to cut more than 100 gymnastics programs to cover that loss. No, it needs serious restructuring.

So non-revenue sports are fading away. There are just 12 men’s gymnastics programs left.

Burns said all the men’s gymnastics coaches had a Zoom meeting a few weeks ago to see if they could agree on cost cuts.

“We couldn’t agree on one thing,’’ he said. “At the end of the day, all we really need is a coach, a gym and people who want to train. People don’t want to give up what they’ve gotten used to.

“But it’s like we’re on an airplane and it’s going down. And we’re hanging on to our backpack with our computer because it’s been so critical to our lives. At some point, you have to say `The plane’s going down, F— the computer. I’m grabbing a parachute instead.’ ‘’ 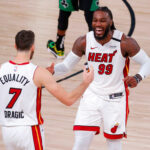 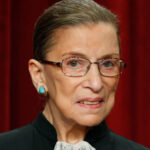