Coach K became the latest voice in college basketball clamoring to “reassess” the idea of playing right now. He’s probably right. As with college football, programs are being put on pause right and left. The whole system feels unsustainable, and they’d probably have a better shot of completing the season if they returned in a few months and did May Madness. Rick Pitino has been around the sport about as long as anyone, and he was saying all this a month ago.

So it’s a serious issue, but it’s also kind of funny that Coach K is saying this after Duke got whipped by Illinois. The second half deficit was never less than 11 points. Duke also lost at home to Michigan State last week. It’s therefore humorous that this is what we’re hearing from Coach K now (via Brendan Marks): 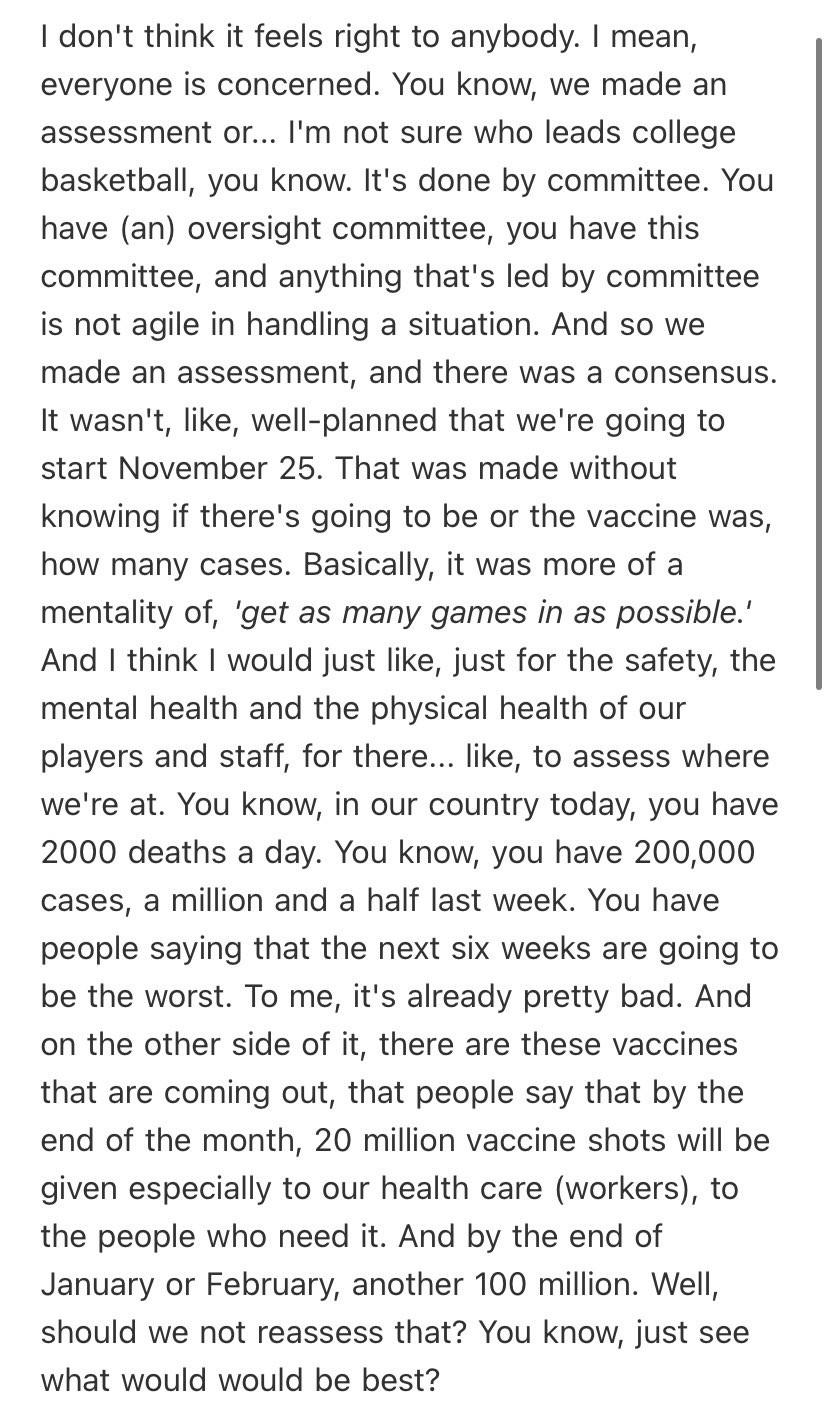 Selfishly, I’ve been enjoying college sports more this season than any November/December in recent memory. I’m a Wisconsin alum, and right now, the Badgers have the highest upside since the Frank Kaminsky/Sam Dekker Final Four teams. The Big Ten is a hotbed, with great games every night. The NBA is delayed, which means less competition for attention. Legal gambling certainly hasn’t hurt my interest in the games either.

But it all feels too haphazard now, and if the idea is to get in as many games as possible, I think they’d probably be better served by pausing for a couple months. It’s hard right now to imagine that the vaccine will make a big impact because it hasn’t started to do that yet, but it should start ramping up in the coming weeks. I know it will likely be summer, at the earliest, before the vast majority of the population is vaccinated. Coach K is right that the early rounds going to frontline workers and vulnerable seniors should help us resume normalcy.

So, what we have here is a case of the right message combined with, shall we say, convenient timing from the messenger.