One of the perks of being the head golf professional at an elite semi-private club is that I get exposure to a membership that is very successful in life. They have excelled in their given fields and are not only well compensated, but also have unique opportunities presented to them that most people don’t.

Golf Channel’s Tiger Tracker is back for The Masters

One such person is Randy Beck. Randy is one of our Groupon® members and works as an Apprentice Plumber for KC Snake’n-Rooter Plumbing. Randy got the opportunity of a lifetime four years ago when Trevor Hampton, a Regional Sales Manager for a PVC pipe company, scored two badges to the coveted Tuesday practice round at the 2016 Masters (won by Danny Willett).

For this Masters Preview, Randy graciously agreed to sit down with me in an effort to “pull back the curtain” on Augusta National and give us a hole-by-hole tour of the most famous golf course in the world.

So sit back, relax, and let Randy take you inside the forbidden world of Augusta National Golf Club.

CPG – Tell us what it’s like as you’re at the gate waiting to get in.

Randy – All I remember was it was very early in the morning. Trevor was obsessed with being one of the first people in line, and I was obsessed with getting shitfaced. I knew draft beers at The Masters were only, like, a dollar each, but I wasn’t taking any chances. So I had several pockets of my cargo shorts filled with mini bottles of Fireball. Trevor was super nervous for some reason. He was constantly telling me how “serious” this was and to watch what I do and say. Unlike myself, Trevor was dressed to impress. He went with an oversized FootJoy polo shirt (pink) buttoned all the way up, khaki shorts (no belt) and black Oakley golf shoes.

When they opened the gate, I immediately took off running because I wanted to be first in line at the merch tent to buy a set of shot glasses, but one of the guys in the green coats shouted that I wasn’t allowed to run. But I never looked back and kept going.

What I didn’t realize was that since they couldn’t catch me, they detained Trevor and escorted him off the property. He ended up watching “Live From” on the Golf Channel for the next 8 hours in a nearby Little Caesars Pizza restaurant. He was literally inside the gates for less than 30 seconds.

CPG – OK. You got your shot glasses, and you headed over to the first tee. Tell us what the players will be facing on #1

Randy – They’re facing an easy par. Period. Granted, I’m pretty long for a 12 handicap, but when I stood on that tee, I figured if I nutted one, I could get it just past the fairway bunker, which would leave me anywhere from a 9-iron to a gap wedge in. And these guys are as long or longer than I am. So this is a pretty easy hole out of the gate that should allow these guys to ease into their round.

Randy – Pretty much a gimme birdie hole. It goes downhill and turns to the left. The thing I remember most about this hole is that I took a massive dump in the porta john right next to the tee box, and Brandt Snedeker’s wife happened to go in right after me. I felt bad for her.

CPG – Ok so any player worth a damn is in red numbers by now. What does #3 do?

Randy – It’s laughably short. Like maybe 350 yards. Honestly, at this point, I’m starting to wonder what all the fuss is about. I remember thinking …. Is this The Masters or the ANA Inspiration? We have holes here at our club longer than that.

CPG – That’s great insight, Randy. When you watch the broadcast, they constantly hype the course up to make us think it’s more difficult than it is in order to add drama. I think it’s a ratings ploy by the guys at CBS. Let’s move on to #4. It’s a long par 3…right?

Randy – This is probably the first what I would call “legit” hole on the golf course. It plays about 240, which is a hybrid for me or maybe a careered 3-iron. The thing is, the turf is so much better than what we’re used at our club. No crab grass or hard pan at all. None! So even if you miss the green, it’s a pretty easy up and down. Especially for these guys.

CPG – We’re halfway through the front nine. Is this where Augusta starts to show its teeth?

Randy – The short answer is yes, but for one key reason. They don’t have a temporary green on #5 like we do here at our club. So you absolutely cannot relax with an auto 2-putt. In fact, there wasn’t a temp on the entire golf course that I can remember. That’s why this is a major championship. You literally have to earn every shot.

CPG – Yeah it’s like Thursday Night Men’s League on steroids. That’s why it’s such a great event. Let’s keep moving. I’ve always felt like #6 and #7 are some of the lesser known holes on the golf course. Describe them for us.

Randy – Six is a throw-away par-3, and #7 is a cookie cutter par 4 that you might see on any public course in America. The only reason I remember #7 is because that’s the hole where I took my shirt off to catch some rays, and a security guard was there to make me put it back on before I could even tie it around my waist. It was hot that day, and I sweat a lot when I drink.

CPG – I’ve always thought the golf course really starts to get good on #8. This is a long par 5 that plays way uphill, right?

Randy – (laughs) The thing people don’t realize is that the course is a lot flatter than it looks on TV. But you’re right, the eighth hole is extremely long and starts to work its way up to the clubhouse. As you know, I’m one of the longest guys here at our club, and this would be a three-shot hole even for me. So look for all the guys to lay back to a comfortable yardage here and let their wedges do the talking.

CPG – We’ve seen some drama on #9 over the years. In 1992, Jay Don Blake famously made double here on Friday to miss the cut by 12. What do you remember about that hole.

Randy – I think it’s a par 4, but I’m not sure because that’s the hole my fiancée (Trish) was blowing up my phone because she had just discovered a $1,200 charge on our Capital One Visa from Magic City in Atlanta from the night before. She totally lost her shit about it.

CPG – They say the tournament doesn’t start until the back nine on Thursday. Tell us what the players can expect on #10.

Randy – Listen, I’m not gonna sit here and say it’s “easy,” but that hole is straight down hill. OK?  Literally all you have to do is get something airborne, and it’s gonna run forever. It sets up perfect for my Srixon 2-wood because I can hit that thing a mile high. I remember Vijay and Mark O’Meara were on that tee when I walked by, and I half joking/half serious asked if I could hit one just for fun, and they TOTALLY blew me off. I’ve never been a big Vijay fan, but I actually used to like O’Meara …….. He’s dead to me now.

Randy – This hole is gettable if you can carry your tee ball dead straight about 320 to get over the hill. On the approach, there’s water left and a big bailout area right where everyone was going. I’ve never seen so many cowards. Hello! This is the Masters! They don’t hand green jackets out to guys who aim for collection areas. My advice to the guys playing this week is to take dead aim there.

CPG – This takes us to perhaps the most famous hole on the course……. the par 3 twelfth. Describe it for us. Randy – (laughing) I mean, it’s a 150 yard par 3. OK? I’ve never been so underwhelmed in my life. I watched about four groups come through, and every single guy hit the middle of the green with a carefree 9 iron or wedge. Whoever designed this course either took his eye off the ball or got lazy when this hole was put in. I saw several par 3s way harder than this on some of the Disney courses I played when Trish and I went to Orlando for our honeymoon last year.

CPG – So not much bite so far. Let’s go to the par 5 thirteenth. What do you remember thinking about that hole?

Randy – The only thing I remember thinking at that point was that the little gift I left Mandy Snedeker three hours earlier might have only been an opening salvo. So I decided to skip holes 13, 14 and 15 and head over to the concession area near the 16th green to get two more Miller Lites and hit the porta john again.

CPG – OK not a big deal. I don’t remember a lot happening on those three holes over the years anyway. Let’s talk about the par 3 sixteenth.

Randy – Well, I’d like to, but I didn’t get to see much of it. When I came out of the shitter, I noticed two chairs that were totally unoccupied behind the green (right about where Tiger holed that chip back in ’05). So I decided to go over there and set up camp. Just as I’m taking my socks and shoes off to get comfortable, an elderly couple approaches and tells me I’ve taken their chairs. I immediately told them to go pound sand because they abandoned them. They then claimed there’s some bullshit Masters rule that says you can leave your seats and they’re always saved. Just as I was leaning back in the chair telling them Clifford Roberts himself couldn’t get me to move, I was tackled by four Georgia State Troopers and briefly lost consciousness. The next thing I remember, I woke up in an Arby’s parking lot on Washington Road just across from the entry gates.

CPG – Randy, I can’t thank you enough for taking the time to sit down with me to share your experiences with my readers. Your keen insights will make viewing this year’s tournament much more enjoyable. 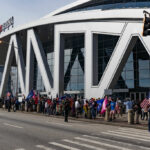 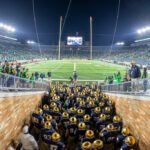