USA Today released the top 25 from their college football coaches poll today. This is excellent news because it gives us something frivolous to talk about, whether the college football season is full or gasp doesn’t happen or winds up being something in between. Here is how the poll shakes out:

1) It’s no surprise that Clemson is on top. Trevor Lawrence, the presumptive no. 1 pick in the NFL Draft, is 29-1 as a starter. Offensive tackle Jackson Carmon and running back Travis Etienne were also first round picks in Outkick’s recent mock draft. Dabo Swinney might have wrested the title of best college football coach in America away from Nick Saban over the past few years. It’s at the very least a conversation. They are the clear favorites this season.

2) Let’s look for some discrepancies between the top 25 and the gambling odds. Here are current futures, via FanDuel: 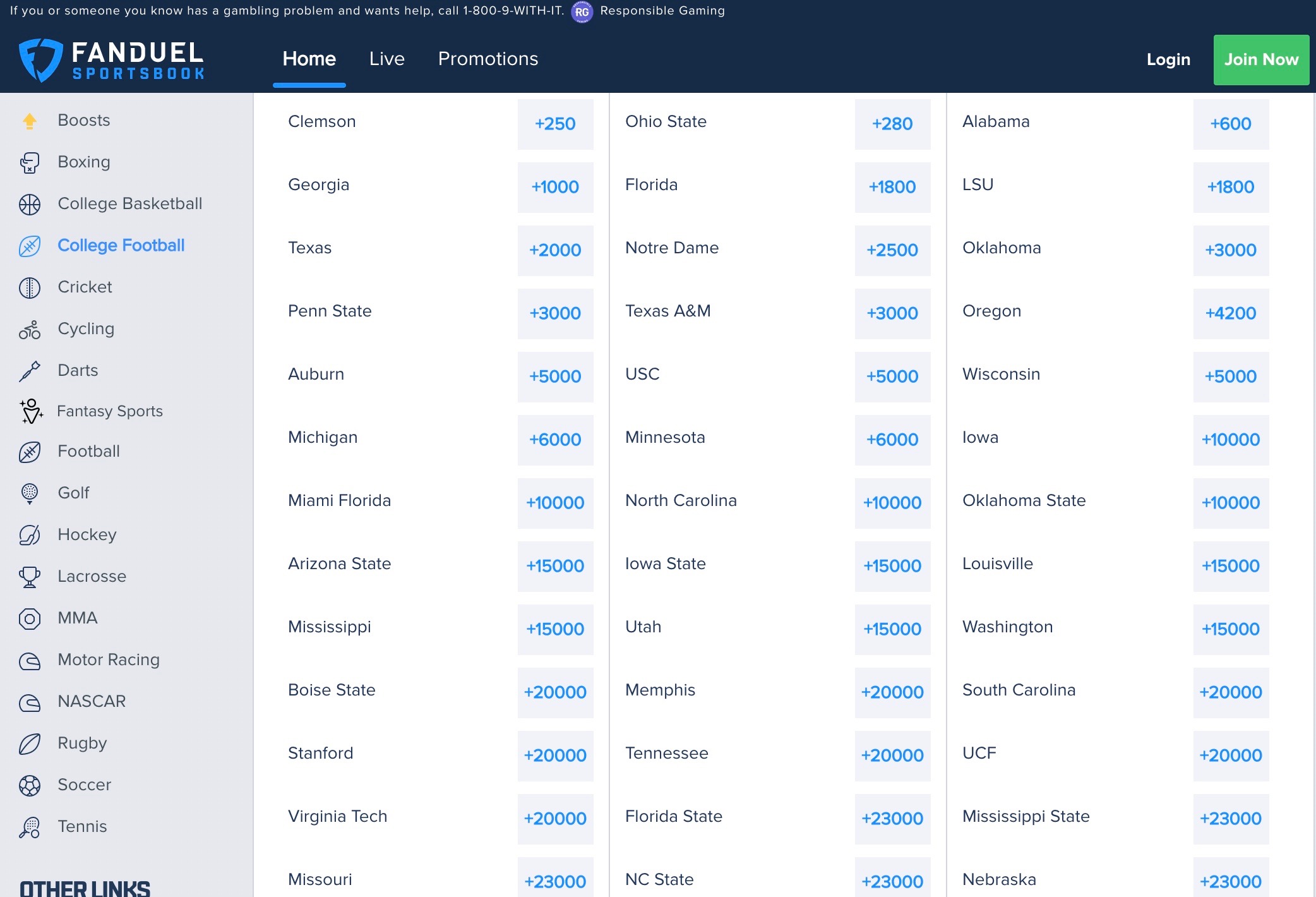 Gamblers are higher on Tom Herman’s Texas squad than the coaches are. On FanDuel, the Longhorns are seventh while they rank 14th in the top 25. Ditto for Dan Mullen’s Florida team, which has the fifth best gambling odds but ranks eighth in the polls. Meanwhile, Lincoln Riley’s Oklahoma team ranks sixth in the top 25 but is tied for ninth with two other teams in the gambling odds.

3) I wouldn’t want to play LSU if I’m the teams ahead of them. I get that they lost Heisman winner and first overall pick Joe Burrow plus offensive architect Joe Brady. Nonetheless, Ed Orgeron’s “call us at midnight and we’ll play in a pasture” mentality bodes well for LSU this season in my opinion. This is the type of environment where you want to be led by a psycho.

4) I’m a homer Wisconsin alum but they have good pot odds at 50-1 to win the national title. No, I don’t think it’s likely they win. However, I surmise there will be a point in this season where they have substantially better odds than this. Arguably no team’s national title hopes were helped more by the schedule changes this season — they lost Notre Dame and always-pesky Appalachian State, and picked up Rutgers. They don’t have to play Ohio State or Penn State, and thus have no excuse not to make it to the Big Ten title game.

Do you have any thoughts on the top 25? Sound off in the comments.