The bans on Russians due to Vladimir Putin’s invasion of Ukraine, which have included Russian cats being banned from competing in international competitions, keep coming, and now the Boston Marathon says it will ban runners from Russia and Belarus.

“Like so many around the world, we are horrified and outraged by what we have seen and learned from the reporting in Ukraine,” Boston Athletic Association’s Tom Grilk wrote in the statement. “We believe that running is a global sport, and as such, we must do what we can to show our support to the people of Ukraine.”

For the first time in 1,099 days, the #BostonMarathon FINALLY returns to Patriots' Day 🦄

The ban is on residents of Russia and Belarus who planned on traveling to the U.S. to race. Those Russians or Belarussians living in the U.S. will be allowed to race, but organizers will not recognize their country affiliation or flag.

“The BAA will make reasonable attempts to refund the athletes from Russia or Belarus who will no longer be able to participate, within the constraints as imposed by federal and international sanctions.”

There’s no word on whether Marathon organizers will allow Chinese nationals to fly in for the race. As you’d suspect, the BAA lists the Wanda Group, whose chairman is Wang Jianlin, who is known as one of the wealthiest people in China and is said to have a “close relationship” with the Chinese Communist Party.

In 2017, Wang and Wanda Group signed on as a major marathon race sponsor to expand its global sports business.

That said, don’t expect the Boston Marathon to tell Chinese runners to stay home over the Communist Party’s treatment of the Uyghurs. 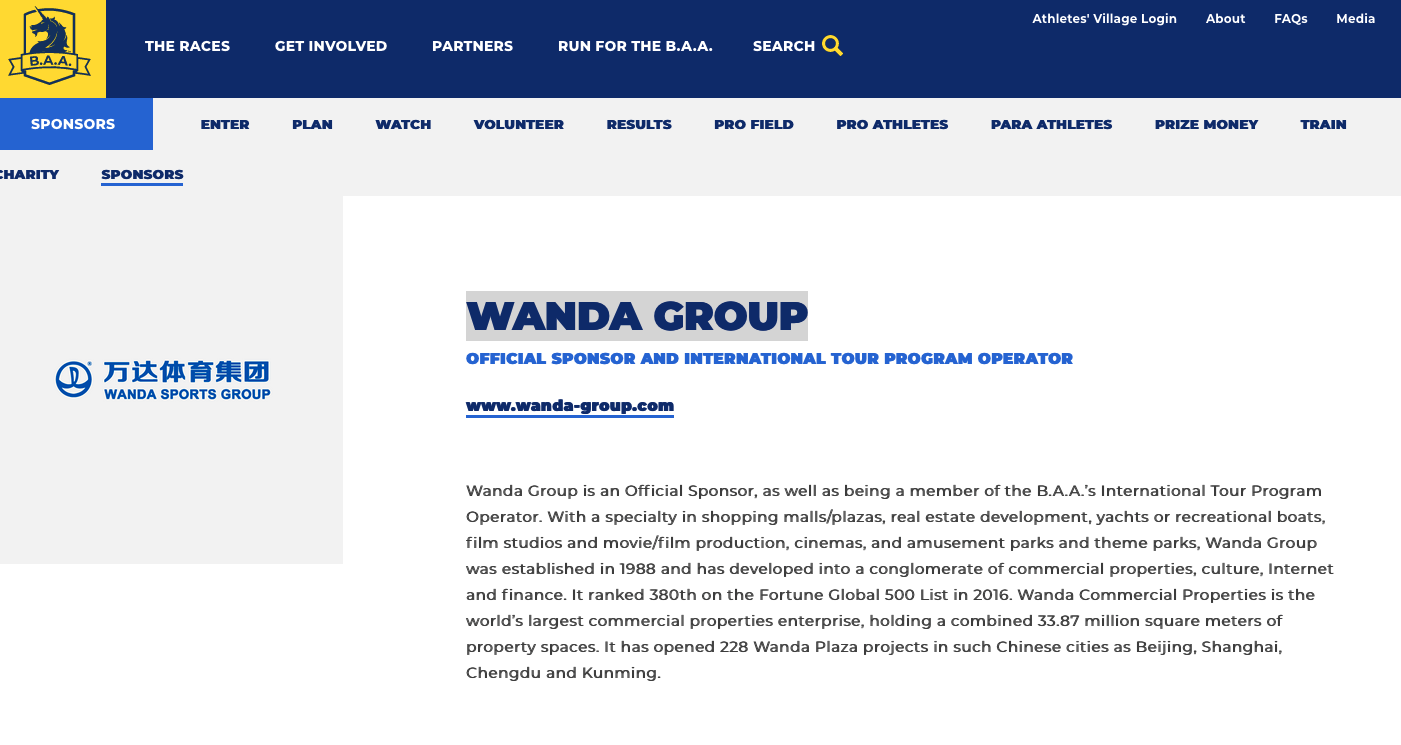