Search
Cart 0
Menu
Follow us
Search
Cart 0
Total118 Since 2016, sports talk TV has been in decline. Bill O’Reilly is adamant that ESPN’s abysmal numbers are a preview of what’s to come for news agencies. The former cable news star had previously predicted Fox News, CNN, and MSNBC will be “done” post-election. Thursday, O’Reilly spoke at length about ESPN’s troubling ratings: The More 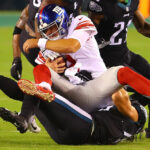 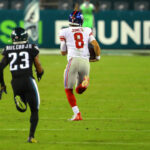