The Big Ten finally announced they are resuming football season, and they’re going to do everything they can to wring out all of the television dollars involved. The conference has announced that after eight-game regular season, all 14 teams will play the opponent of the same ranking in the opposite division during the December 19th championship weekend.

To clarify: Monday games were only on the table for a possible winter football season in the Big Ten. Will not happen with this delayed fall season, per source. https://t.co/BqRCn5Ge0i

Bill Moos on Black Friday: "I think there will be Friday games."

Moos said he pressed on all the schedule models for Nebraska to play on Black Friday hopefully vs. Iowa.

If this idea sounds familiar, it’s because the Big Ten has had a smattering of Friday night games for the past three seasons. The idea was initially met with much aggravation because a lot of the Big Ten region is comprised of high school football hotbeds, which play on Friday nights. Last year, for example, there were a couple out of conference games and a couple conference games on Friday night. Iowa and Nebraska played on Black Friday afternoon.

It’s unclear as of yet if this means there’s going to be an uptick in the amount of Friday night games in the Big Ten, but it’s been obvious for years that they want to capitalize on that TV window in the long run. 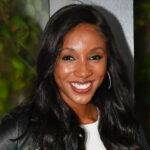 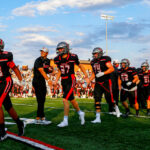