On Monday, I argued that it would be a miscarriage of justice if Ohio State were undefeated and still ineligible for the Big Ten Championship Game because they couldn’t get six games in. Ohio State beat Indiana head-to-head, and every other team in the Big Ten East has at least two losses. Kirk Herbstreit expressed concern that Michigan might duck Ohio State next week and cement their rivals’ ineligibility. He promptly apologized. 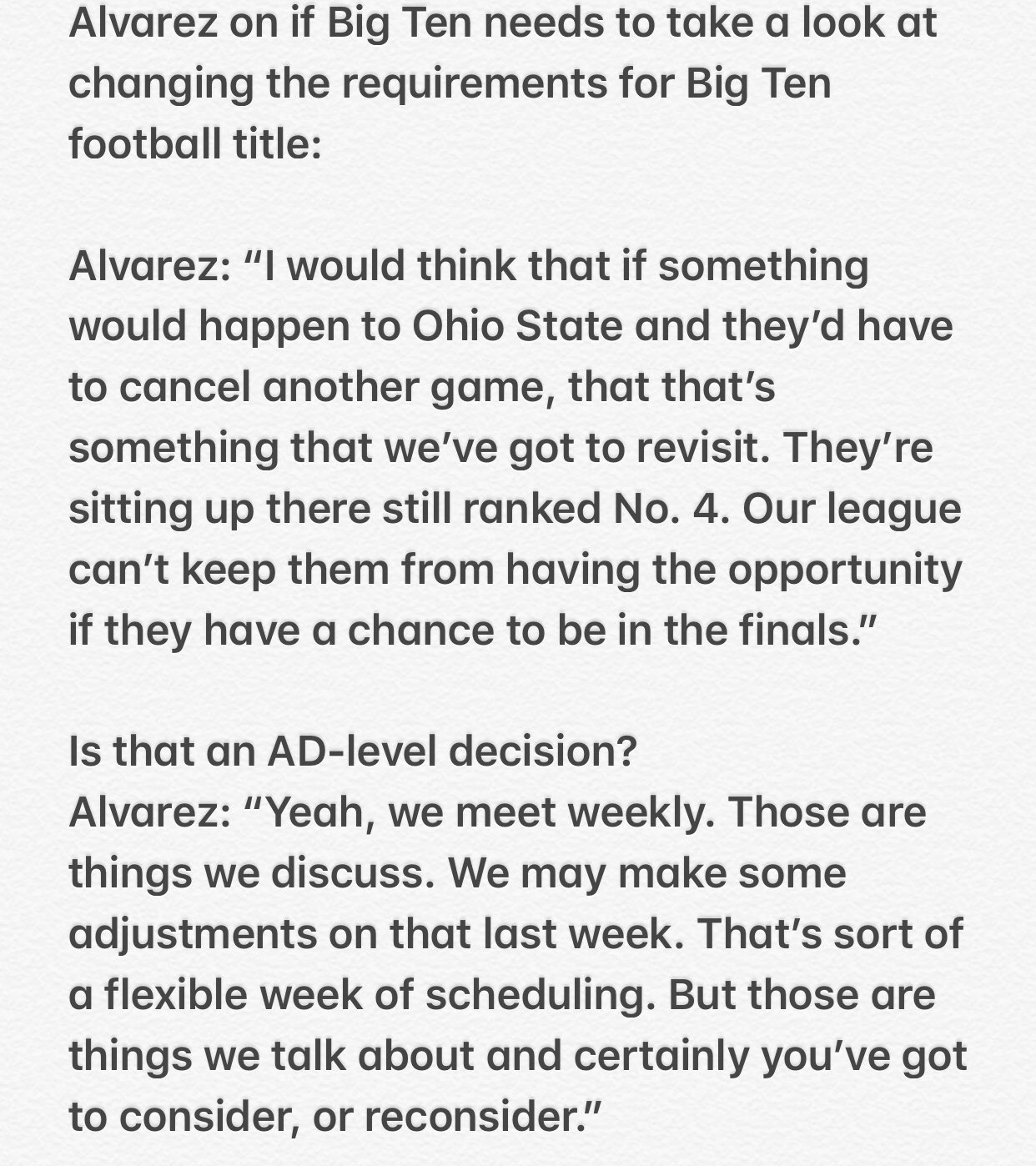 OutKick founder Clay Travis also says there is potential movement in the conference:

Clay said that the Big Ten would hope to find an opponent for Ohio State even if Michigan cancels next week, that Ohio State is “desperate” to take the field against Michigan State this week, and that Big Ten athletic directors could change the rules to allow Ohio State to play in the Big Ten title game, even if they fail to meet the six-game threshold. They may also change the quarantine rules in light of new CDC guidance, which have shortened the recommended quarantine period from 21 days to 7-10 days.

Anyways, I’ve been saying this is what should happen for a couple days, and if you want a chuckle, go read the replies and quote-tweets from Indiana fans irate with me for suggesting the Big Ten should change its rules:

The Big Ten HAS to change title game rules for Ohio State if Buckeyes miss another game. Buckeyes have clear and obvious claim as best team in Big Ten East and it would be more unjust for them to be ineligible than for B1G to change rules https://t.co/cQGyJ09alI

I gotta be honest I didn't know Indiana Football Twitter was a thing until they started attacking me for saying Ohio State, a team that beat them head-to-head, should be in the Big Ten title game over them. https://t.co/cQGyJ09alI

I don’t want to disparage the Indiana program. They’ve had a nice season. Bloomington is an incredible college town. Kilroy’s is the best college bar I know of in America (sample size probably over 100), and the doner truck in Bloomington is one of the most delicious meals I have ever had. Those who know me know I wouldn’t say that lightly.

HOWEVER, Ohio State, should they remain undefeated, definitely deserves to get into the Big Ten Championship Game and have a shot at the College Football Playoffs, even if they’re unable to play Michigan next week and unable to find another opponent.