Ohio State’s season is on the brink right now. If they miss this week’s game against Michigan State, they will be ineligible for the Big Ten Championship Game. The Big Ten has a gigantic conundrum on their hands here. The Buckeyes are clearly the best team in the Big Ten East and the best chance the conference has of making the College Football Playoff. It’s clear and obvious that the conference should bend their rules to accommodate the Buckeyes, if it comes down to it.

Dan Patrick, who has had his finger on the pulse of the conference since August, said this morning that Ohio State will be “desperate” to get this game in because of the ramifications, but that there’s “strong speculation” it will be canceled due to a high number of players being out:

From a Source: “Strong speculation Northwestern versus Minnesota, and Ohio State versus Michigan State games get cancelled this weekend. That would eliminate Ohio State from the conference championship, so they will be desperate, but a high number of players will be missing." pic.twitter.com/fwBD9KXbKI

If the 4-0 Buckeyes can’t play the game this weekend, the Big Ten needs to amend its rules requiring teams to play six games to qualify for the conference title game. With the exception of Indiana, every other team in the East division has at least two losses. The Buckeyes beat the Hoosiers head-to-head, and Indiana’s quarterback Michael Penix Jr. reportedly suffered a lower leg injury against Maryland this past Saturday and is expected to miss the remainder of the season.

Ohio State vs. Michigan, scheduled for December 12, may also be in jeopardy, as the Wolverines have now paused team activities due to possible positive tests.

2020 requires flexibility. It would be far more unjust for Ohio State to miss out on the Big Ten Championship Game because of COVID-19 missed games than it would be to change the rule for them.

An interesting wrinkle, if the Big Ten did change the rules for the Buckeyes, is that doing so would also open the door a sliver for my alma mater, Wisconsin, to qualify as well. The Badgers already missed three games this season and thus are ineligible for the Championship Game under current rules.

Unlike Ohio State, Wisconsin (2-1) cannot claim to be the best team in the conference. However, if Northwestern were to lose one of its final two games to Minnesota or Illinois (their game against Minnesota possibly getting canceled this week notwithstanding) and Wisconsin were to beat Indiana and Iowa, the Badgers would have a better winning percentage than the Wildcats, despite losing head-to-head.

The main point here is that it would be a grave miscarriage of justice if Ohio State goes undefeated but does not play in the Big Ten Championship Game. It would also be a much less interesting TV show. If Ohio State can’t play this week, the conference needs to be flexible with the rules. 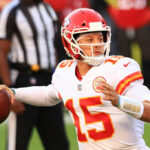 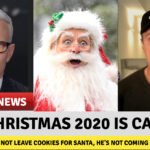