Earlier this week, Wisconsin Athletic Director Barry Alvarez said that the Big Ten ADs should revisit the rule requiring six games played to be eligible in the conference championship game if Ohio State is 5-0 and can’t play next week (if Michigan cancels the game and no other opponent is found). Today on FOX’s Big Noon Kickoff, Alvarez reiterated those comments:

"If [Ohio State] has a game canceled, I think we as athletic directors would have to revisit whether they should be involved [in the Big Ten Championship Game]"

First things first, Ohio State will have to beat Michigan State today. Buckeyes coach Ryan Day is out for the game, and so are a number of offensive linemen and defensive backs, according to reports.

Update: Here is who Ohio State is missing today:

The other fascinating scenario is whether the Big Ten would let Ohio State play an out-of-conference opponent next week if Michigan can’t go and there’s no other replacement in the Big Ten. Normally you would think this is a slam dunk, but the Big Ten has been stubborn about this type of thing. Remember, they wouldn’t let Nebraska play UT-Chattanooga when Wisconsin was battling COVID-19 issues.

Nonetheless, if Ohio State remains undefeated but has not played the requisite six games, it should be a slam dunk that Alvarez’s suggestion happens. Ohio State already beat Indiana, and every other team in the Big Ten East has at least two losses. Furthermore, two of the three games that Ohio State will have missed would have been canceled due to their opponents. Holding them responsible for that instead of changing the rule would be insane. 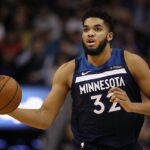 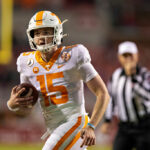