When is a positive COVID test good news? When it turns out to be a false positive. The NFL had 77 false positive tests which gave the league its initial scare for the season.

Previously, well under 1% were positive before the big number the weekend. Immediate suspicion was raised as all these hailed from the Bioreference lab in New Jersey. League-wide, the NFL uses five test sites. There were no false positives from the other four laboratories.

The issue of false positives is not a new one. Early in training camp, Matthew Stafford had a false positive and his wife complained of their family being harassed as a result.

Overall, the NFL has handed the pandemic well but there is still lots to work out. The league has been adapting the policy on the fly. For example, once a player tests positive and is then cleared, he is not tested again for another month as these people are likely to continue to test positive due to residual virus even though they do not have COVID.

Currently the tests are all sent off site to central labs leading to delay of a one day turn around. The goal is point of care testing with immediate results and that is hopefully around the corner. This certainly will come more quickly than a successful vaccine.

This incident is likely to have the NFL testing on Friday for Sunday games to give time to correct for any false positives. No one wants to miss a game due to a testing error. COVID lists will be as important as injury reports this year. I still fully expect a Saturday update and maybe reporting on anyone with a fever. There will be no more “Michael Jordan flu games”. Anyone with a temperature within 24 hours of a game will likely be ruled out.

Although testing is an important part of the COVID policy, in the end chasing positive tests is not the way to go.  Modifying behavior and social distancing, especially away from the team, is the best way for the NFL to succeed.

Titans first round draft pick Isaiah Wilson attending an off campus college party is the risky behavior that has to be avoided. If he were to test positive, the team could use non-football injury designation and not pay him. The NFLPA agreeing to this penalty shows the importance the union places on needing to follow the rules to make a bubble-less NFL succeed. 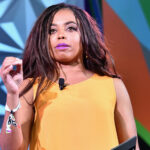 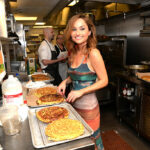