Aaron Rodgers is looking forward to working with his new Hall of Fame wide receiver.

No, the Green Bay Packers didn’t sign anyone new ahead of the first day of training camp. Rodgers, in a tongue-and-cheek response to comments made last week by former receiver Davante Adams, was referring to Allen Lazard.

“It’s always tough going from Hall of Famer to Hall of Famer,” Rodgers said Wednesday. “From Davante to Allen, it’s gonna be a transition, but he’s capable of a lot.”

Aaron Rodgers on going from Davante Adams to Allen Lazard as WR1:

“I mean it’s always tough going from Hall of Famer to Hall of Famer. From Davante to Allen, it’s gonna be a transition, but he’s capable of a lot.” pic.twitter.com/pBveMG5Qqh

Rodgers and former WR Adams worked together for eight seasons before Green Bay traded Adams to the Las Vegas Raiders back in March.

The two formed arguably the most lethal combination in the league, with Adams compiling over 8,000 yards and 73 touchdowns during his tenure in Green Bay.

But now he has a new QB in Derek Carr, whom he called a “Hall of Fame” level player last week. 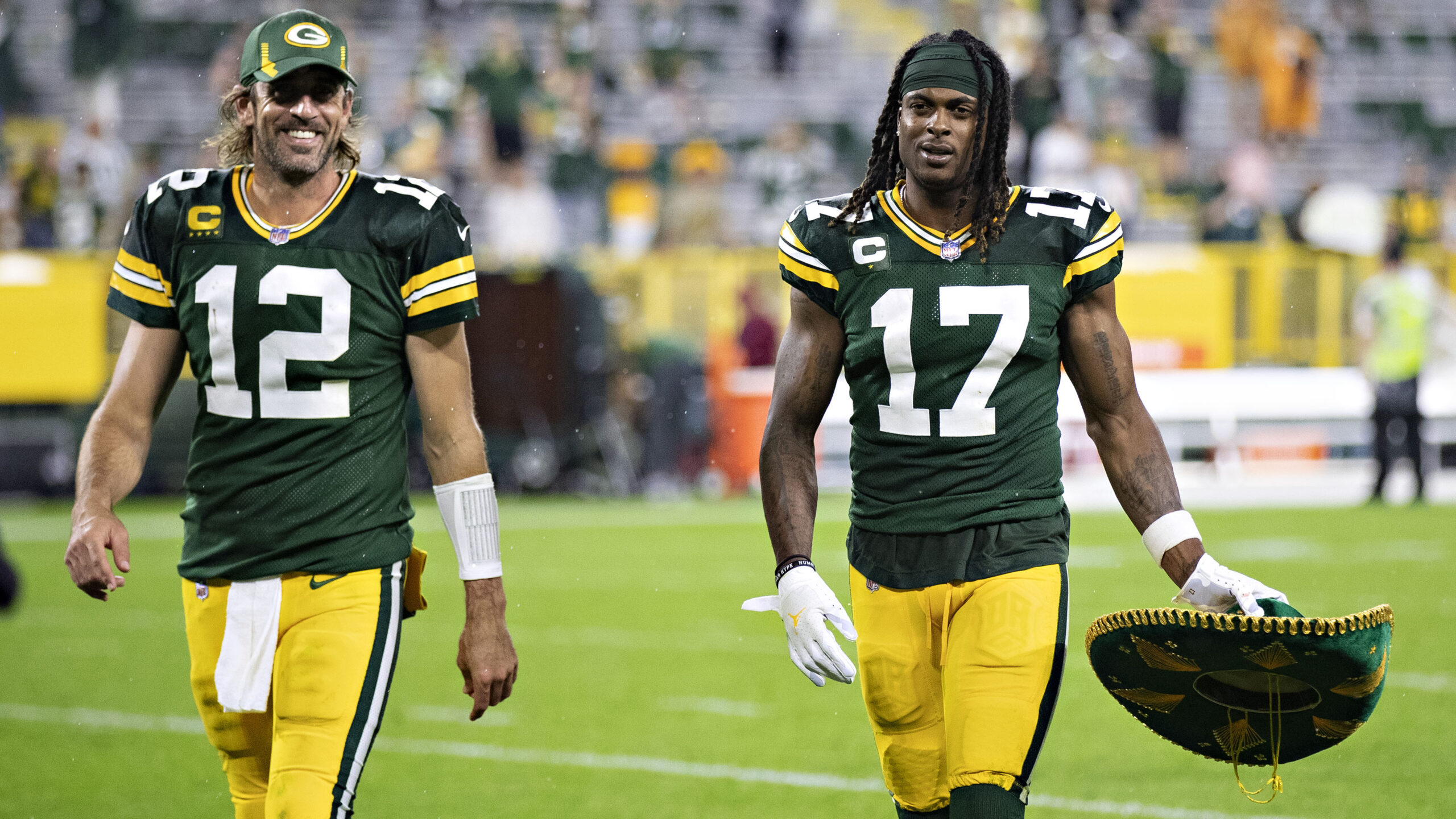 Aaron Rodgers and Davante Adams. (Photo by Wesley Hitt/Getty Images)”Any time you change quarterbacks from Hall of Famer to Hall of Famer … it’s going to be a little bit of an adjustment,” Adams said.

Despite Adams later clarifying his comments, it was an absurd statement nonetheless.

The side-by-side comparison of the two QBs is truly a sight to behold, and one documented very nicely by OutKick last week.

As for the two receivers, Lazard certainly has some massive shoes to fill as Rodgers’ new No. 1 target. The 26-year-old has played a fine complimentary role in recent seasons, but, as they say, this is a step up to the big leagues.

Luckily, his QB has plenty of faith in him … today. Might be better to check back in a few months.

“He’s capable of a lot,” Rodgers said of Lazard. “He hasn’t had a ton of opportunities, but ever since his first day here he’s turned heads.”