When it comes to growing up, everyone has a story about their past and how their childhood influences made them who they are today.

In the world of Michael Mizanin, he is well aware of his life when he was younger growing up in Parma, Ohio, a suburb that is the second largest city in Cuyahoga County after the city of Cleveland.

If you are not familar with Mizanin, he’s a WWE superstar, having been a part of the biggest pro wrestling company in the world since 2004, and starting on companies main roster back in 2006.

It’s not all been an easy ride for ‘The Miz,’ but he also is one of the luckiest wrestlers in the world, having married beautiful WWE Diva Maryse Ouellet back on February 20th, 2014.

The two have two delightful little girls, and the couple is currently in the process of learning about a new diaper that has been sweeping the nation – Pampers Cruisers.

The couple have been working with the “#ReadyRipRoll campaign” through Pampers, trying to figure out what it’ll take to be victorious with the help of Pampers Cruisers 360 FIT.

“We do have two little girls,” Maryse said.

“I don’t know where she gets that,” Maryse said. “It’s crazy to see at one and a half what she is able to do, but she is wild, she is so much fun.

“It’s one of these things we change diapers, we change SO many diapers every day, too many. You have to be fast, you have to be quick, because they know,” Maryse said.

“They don’t want to stop running around and playing around,” Maryse said about her little Madison.

“When it comes to diapers you just rip it, roll it and attach it and you’re done.” 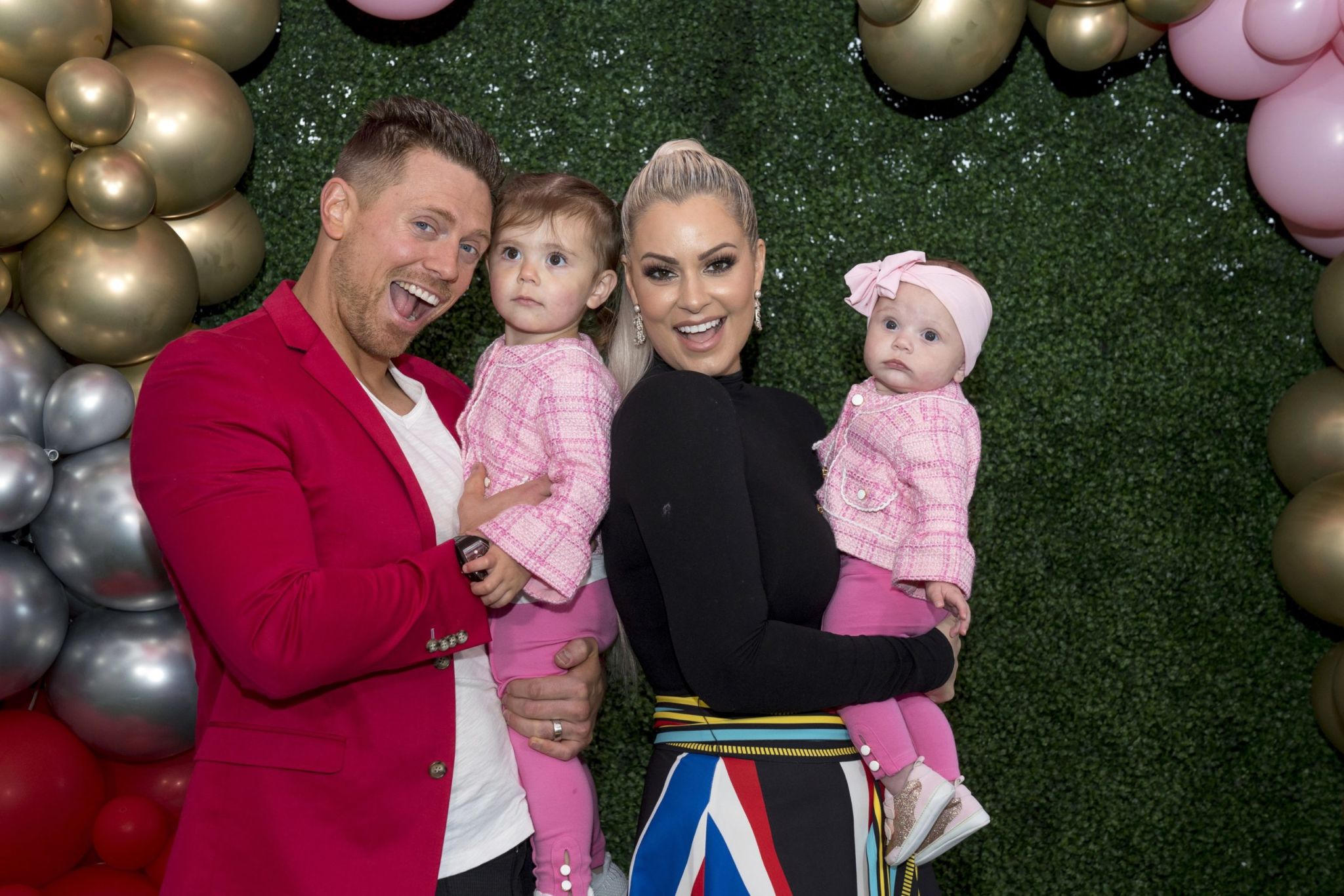 The wrestling couple have been in the spotlight for a number of years, as their television show ” Miz & Mrs.” has been a popular hit on the USA Network.

Mike and Maryse have become more and more popular over the years, despite if they were introducing their characters as heels or faces.

A couple years back in Parma, Mizanin was honored with the ‘Key to the City’ by Mayor Tim Timothy J. DeGeeter in a ceremony that Mike’s dad, George, put together.

George has been retired the last few years, but having his son get the key to the city had to be a thrill and honor.

“My dad did ‘Mike the Miz Day,’ it’s July 3rd if anyone would like to know, Parma made it my day,” Miz said.

“That was probably the first time I have been back to Normandy (High School, where Mike graduated from in 2001) in about five years.”

Miz and Maryse have (for now) decided to not have any more kids, as in one episode of ” Miz & Mrs.” the former WWE champion went through a Vasectomy, otherwise known as ‘the snip.’

“They learn so fast,” Maryse told Us Magazine.

“It’s crazy from week to week, [Monroe is] now making sentences. My goal is for them to speak fluent in French and [have] Mike not be able to understand them.”

Mike is attempting to impassion his little girls with his same love of the Cleveland Browns.

Miz grew up a Browns fan in Cleveland, going through the heartache and pain of losses that would drive any fan over the edge.

“I’m trying to make them huge Browns fans,” Miz said. “My wife is not having it, she doesn’t like football, she’s just not into it, I’ve tried to get her into it, and she’s from Montreal, so she’s like ‘do you want to watch hockey?’

“We’re going to the Super Bowl this year,” Miz said about the Browns.

He made reference to the kids wearing Browns gear and getting ready to be excited about the 2021 season upcoming in Cleveland.

Right now rooting for the Browns has to be done at a distance, a long distance, as the couple live in Thousand Oaks, California.

In one ‘Miz and Mrs.’ episode there was chatter about the two moving to Cleveland, but at the end of the day Maryse said that she just wasn’t having it.

“I’ve lived in the cold my entire life, if I am going to move it has to be nice weather,” Maryse said.

“Summer’s are fun at Progressive Field,” Miz said of the home of baseball’s Cleveland Indians.

Mizanin headlined WrestleMania XXVII in 2011, and was ranked as the top pro wrestler on Pro Wrestling Illustrated’s annual PWI 500 list that same year.

His uncle Johnny still owns ‘Dagwoods Sandwich Shoppe’ on State Road in Parma, while his dad George Mizanin use to run a bunch of fast food resturants called ‘Mr. Hero,’ which was basically a sandwich shop that served things like cheesesteaks, ‘Roman Burgers’ and even bacon and swiss sandwiches.

For Mike he spent plenty of time in his youth either working at a Mr. Hero or helping out in some way shape or form as he looked towards the future to be an entertainer.

“He still works there each and every day,” Miz said of his uncle Johnny.

“They are the only workers there so they make their own hours.”

For WWE’s number one ‘power couple,’ they are on a roll between their two precious daughters, Mike’s career in the ring as a WWE superstar, and Maryse enjoying raising two kids.

The two have readily admitted that they still have a lot to learn as parents, but with the help of Pampers the two are making strides as mom and dad.

“We never stop learning from that, and that’s the crazy part,” Maryse said.

“Just becuase you have one when you have two it’s a completely different ballgame,” Miz said.

“With one, there’s two of us, with two we just don’t have any moments. We are the coaches and our team needs 100 percent of our attention.”