Adrian Wojnarowski has been suspended by ESPN for sending “fuck you” in response to an email from Missouri senator Josh Hawley about the NBA and China, sources tell Outkick. At press time, we were unable to determine the length of the suspension for the NBA insider as it’s being held close to the vest.

After sending the email, Wojnarowski wrote the following apology:

ESPN issued the following statement: “This is completely unacceptable behavior and we do not condone it. It is inexcusable for anyone working for ESPN to respond in the way Adrian did to Senator Hawley. We are addressing it directly with Adrian and specifics of those conversations will remain internal.”

One ironic part of this story is that Wojnarowski lost a lot of money in China when he liked Daryl Morey’s tweet in support of Hong Kong protestors. He was attacked by bots, even received some death threats, and lost the show “Woj in the house” that was watched there by a lot of people. However, it was clear from his two word answer that he did not appreciate receiving the answer from Senator Hawley.

An ESPN spokesperson declined to comment and a rep for Wojnarowski could not immediately be reached for comment. 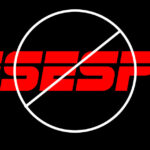 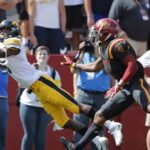