Mountains are moving in the Big Ten this week. On Tuesday, President Trump and Big Ten commissioner Kevin Warren had what both sides characterized as a productive phone call about return to play. The phone call was brokered by Outkick founder Clay Travis. On Wednesday, a court ordered the conference to produce more documents and information about their decision to postpone Fall sports.

Now, several websites that cover Big Ten programs are reporting that the conference’s chancellors and presidents are slated to have a re-vote this week to potentially reverse the decision and play football this Fall:

1) Dave Biddle of Bucknuts, the 247 site for Ohio State (subscription required and recommended), first reported that the Big Ten’s presidents and chancellors have “tentatively” agreed to revote on either Friday or Saturday.

2) Kevin Noon of Buckeye Grove, the Rivals site for Ohio State (subscription required and recommended), confirmed the Bucknuts report, adding: “There is no guarantee as to how this vote will go but it is thought that a vote to resume the season would mean a mid-October start, potentially October 10th.”

3) Sean Callahan of HuskerOnline, the Rivals site for Nebraska (subscription required and recommended), added the following: “A behind the scenes vote count is being taken, and if there is enough support to bring it to a vote, it will happen. If they know they won’t get the 9 votes from the Presidents/Chancellors on Friday there won’t be a revote. So if a vote does happen this week, it means they already know they have the support to overturn this. Stay tuned. If that happens, camp could open as soon as Saturday. It sounds like there are a few teams that just don’t want to play. So you could have three or four teams sit it out and not play if the vote gets overturned.”

Look, this is all convoluted. And yes, obviously these three reporters are immersed in two of the three programs (Iowa being the third) who want football season the most in the conference. They would need to flip six presidents or chancellors from Wisconsin, Penn State, Purdue, Indiana, Northwestern, Minnesota, Michigan, Michigan State, Maryland, Rutgers, and Illinois.

My two cents is this: The Big Ten should have a season with the teams that want to play, and allow the teams that do not want to play to opt out. This is similar to the idea that players who are risk averse or just feel that it is in their best personal interests to opt out should be able to do so without judgment.

It remains to be seen how much more support Ohio State, Nebraska, and Iowa can get from other institutions in the Big Ten, but they’re certainly giving this their best effort possible.

Update: Dennis Dodd of CBS says not so fast: 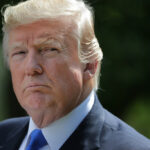