Why does Bobby Bonilla get $1.19 million from the Mets on July 1? That’s the question people around the country will be asking today, as they have since 2011 when Bonilla started getting yearly deferred paychecks from his former employer. His last day of employment with the Mets was in 1999. They’ll be paying him $1,193,248.20 until 2035. How did a deferred payment contract like this get drawn up in the first place? It involves Mets ownership (the Wilpons), Bernie Madoff, a smart lawyer hired by Bonilla and a frugal baseball player who was good with his money and had the vision to play the long game.

The beginning of this story went down in 1991 when Bobby Bonilla was 28 and signed a five-year, $29 million contract. Bonilla’s early 1990s production with the Mets never got to the level it was with the Pirates in the late 1980s and he was sent to Baltimore in 1995. Two years of that five-year contract were deferred and that’s where things get interesting. From Bob Nightengale of USA Today:

Bonilla’s stay in New York lasted 3 ½ years when he was traded to the Baltimore Orioles, with the final two years of his salary deferred. He returned to the Mets in 1999, was released after the year, but still was owed $5.9 million in 2000. The Mets, wanting to free up cash, and believing they could easily finance the payments with investments they made with Bernie Madoff, negotiated a deal that would defer Bonilla’s payments at an 8% interest rate beginning in 2011.

Of course Bonilla said yes and here we are with the 57-year-old retiree sitting on a total nest egg of $29.8 million from his decision in 2000. What’s Bonilla up to these days? Oh, I assume golfing, laughing, doing whatever he wants day in and day out. And giving back to the community.

Never forget Bobby Bonilla Day if you ever have a chance to defer paychecks with interest. How crazy is this contract? Bonilla would be the 9th highest paid player on the Pirates roster this year. NINTH!

Happy Bobby Bonilla day! If you aren't sure what that is, just know that the New York Mets have paid Bobby Bonilla 1.19 million dollars every July 1st for almost 20 years now, and they'll do it until 2035. Talk about your #stimuluscheck AMIRITE? #bobbybonilladay #bobbybonilla #nymets #mets #holiday #july #summer

Happy Bobby Bonilla Day! Big thanks to @steelcitybrand for the sweet shirt to celebrate this great holiday. #bobbybonilla #bobbybonilladay 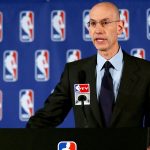 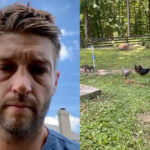