BRISTOL — It takes a village should be the motto of Bristol Motor Speedway on the eve of the Cup race on Easter night. From the crews that put the track together over the last few months to the team crews working their rear ends off to get the cars in perfect shape for the upcoming race, so many different people have jobs this weekend to make things right. But the process has gone off without a hitch, 24 hours till race time.

The weekend plans are different for some of the teams involved, with some drivers usually flying in the night before or even 30 minutes before getting in the car for practice. But for the crew members working on the car, it starts once the hauler gets into position inside the infield. It would blow your mind to see that some of the best drivers at the course are the guys driving each hauler. The work to line up each semi-truck up the same in the tiny spaces is mind-blowing. 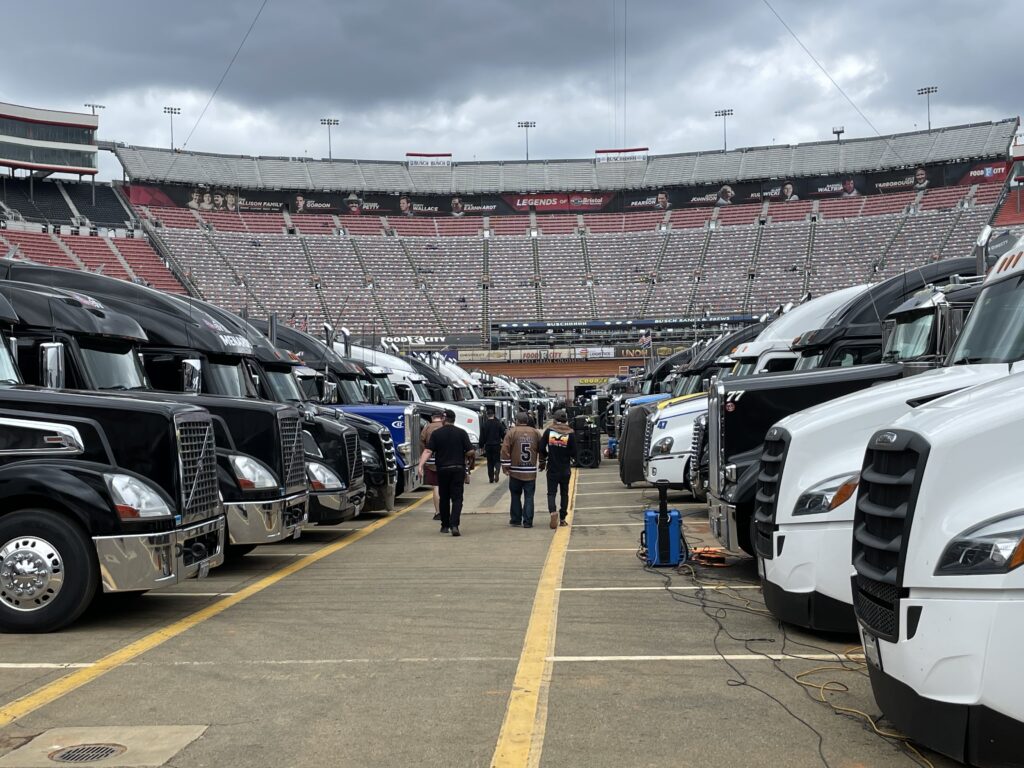 But when we look at the teams and how they get the car loaded up with shocks and the race tires, just an hour before the cars are set to hit the track for “heat races,” it’s compelling to see these crew members do something in 10 minutes that would take me probably 10 hours. From the jack man to the shock changer, they are under serious pressure to get it right, knowing they could be sent to the rear if their car fails inspection.

Kurt Busch was asked what it takes for this weekend to be a success in the eyes of the viewers.

“It’s the product, we know we have a show to produce. We know we have the cars and how they have to look on track. We’re gonna have cars sliding around the track.”

But if you ask defending NASCAR champion Kyle Larson about running on dirt, you’ll soon find out he’s not a big fan, when asked about changes he’d make to the schedule.

“I don’t think Cup cars need to be racing on dirt. That would be the only change I’d make in a schedule.” 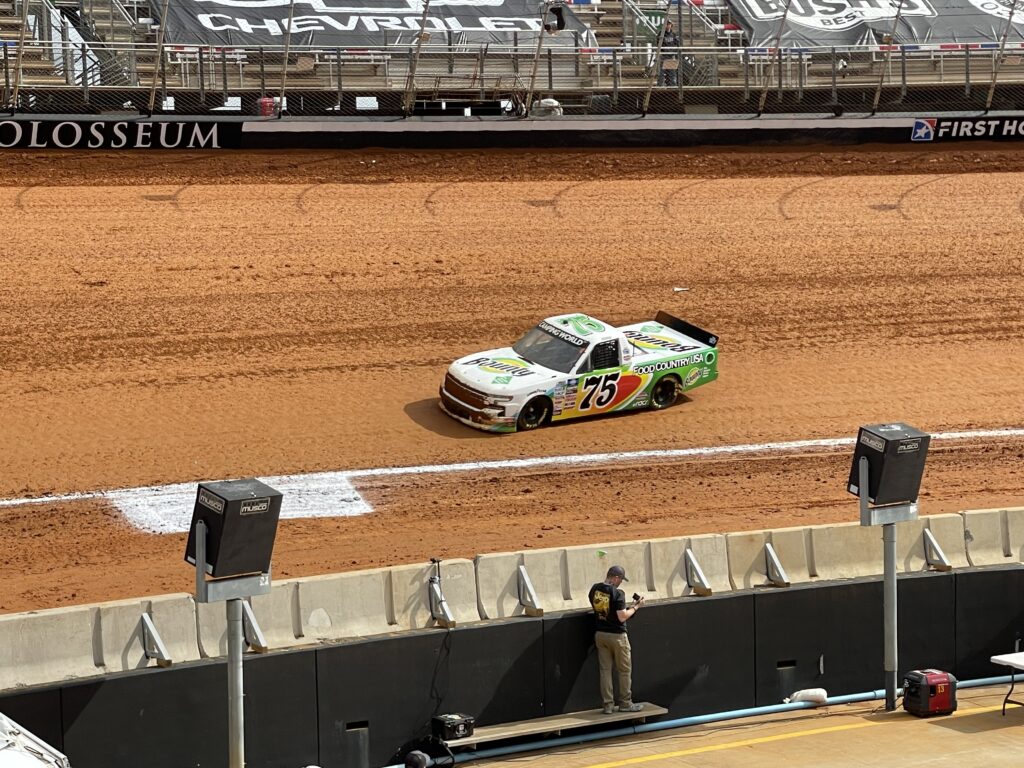 So many different jobs for so many workers, even all the way down to the team chef, who is usually the hauler driver. While the drivers are off making media appearances or going over strategy with their team, the crew is working to get each car off the hauler and into race mode. It’s amazing to watch each member of the team do their part to get the car ready to hit the track for practice or qualifying. But things are hectic around the haulers, with fans, PR reps, sponsors, VIP’s and more on hand. It’s like navigating a mine field for these tire carriers, but it’s all a part of the game.

And this isn’t even mentioning the FOX television crew, who arrives almost a week early to get things set up for race week. Whether it be the cameraman or the guy running the generator, everyone has a job that leads to a successful weekend. Arriving back to their hotel at one in the morning, there is a short turnaround for these production members to get some sleep and get back to the track for another full day. 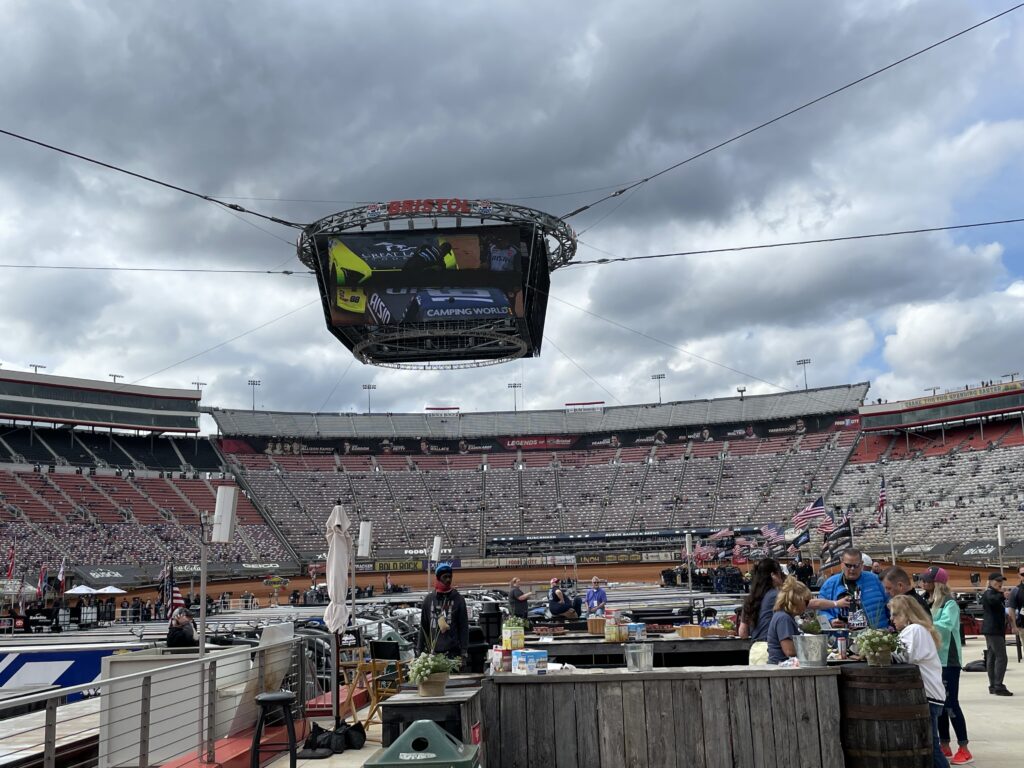 We talk a lot about the everything the track and crew do to get ready for the weekend, but the drivers are just as much involved. I took a stroll with one driver who decided to get away from the bustle and watch from above the media center. Dissecting every move made by the truck series drivers, looking for his lane on the track that he could benefit from, this is mind games. Preparing yourself for the unknown, especially with a new car. Not that they will ever fuss about it, but the more than 15 people who came up to him in a five-minute span for autographs is also a part of his game that must be done, no matter what he’s doing. These drivers aren’t just sitting in their bus the whole weekend, they are sneaking off to quiet spots so they can get into the right mindset for what’s to come. It’s a constant battle of upholding obligations, but also trying to prepare themselves for 250 laps of craziness. 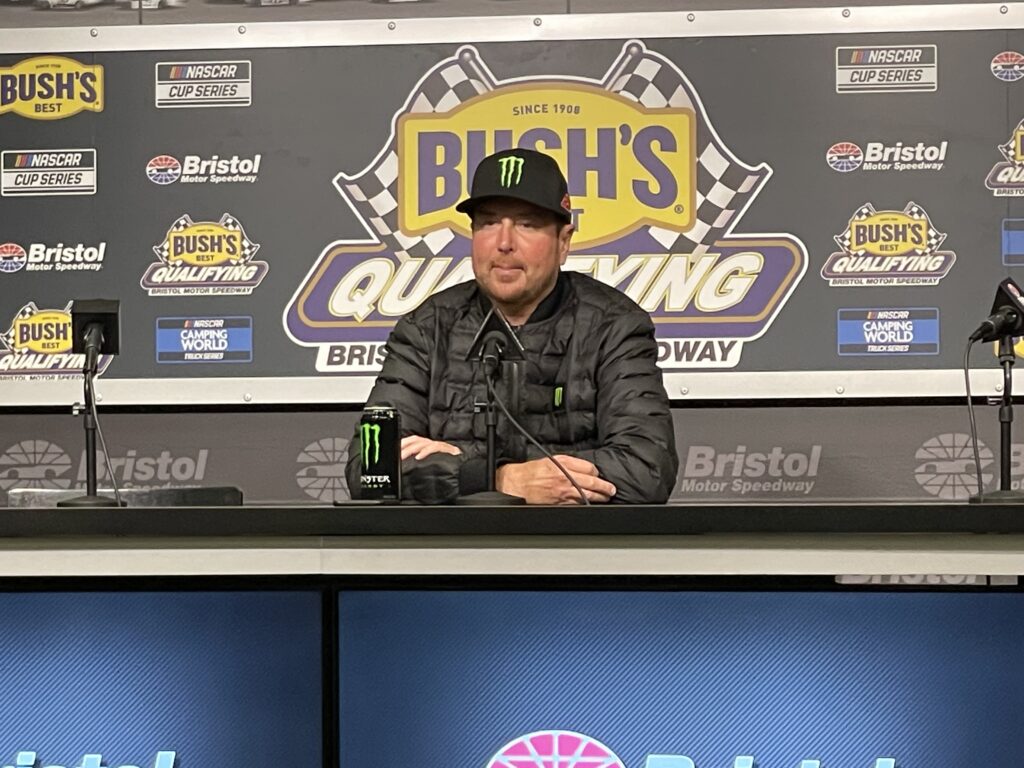 There are so many other people that are involved in how this event is pulled off every year, while also so many different obstacles each team will go through over 48 hours. It’s a different feel at Bristol, not as spread out and the fans are on top of you. This is something each team deals with on a weekend basis, but at Bristol, it’s almost every five minutes that you are dodging folks not on the track.

Folks love this place because of the feeling it gives as cars and other vehicles come racing around the track at over 130 mph. They also know that there will be chaos, which is a tradition at this track that I don’t see ending any time soon. Whether it be on dirt or any other surface, these drivers are ready to put on a show Sunday night.

How it turns out this year is up to the drivers and how many chances they want to take. Strap in, folks. We’ve got a crazy Sunday ahead.