What is the truth on Saints star running back Alvin Kamara missing practice since Thursday? There have been three stories that have come out:

I have no idea of the real story but if the reason is an epidural, that has me concerned. Epidural injections are typically used to relieve inflammation around a nerve. They are given when there is radicular pain that goes down an arm or leg. The big worry is it implies a herniated disc and that could mean future back surgery.

This news is potentially bigger than any of the contract or trade talk. The Saints are said to want to retain Kamara but reports say they also would be open to a trade. That is making the headlines, but my worry is for his back.

Once a disc is herniated, it doesn’t return to normal. The intervertebral disc is a cushion (like a jelly donut) between the vertebral bodies (hard boney blocks). The center of the disc can be the jelly in the “donut” and once compressed where the jelly is squirted out, it doesn’t ever go back inside and the “donut” remains somewhat squashed.

Of course, players have played with herniated discs before and not all need surgery. However, given his young age. Kamara is likely to end up with a discectomy surgery at some point in his career, it is just a matter of when. Epidurals relieve the swelling around the nerve from the herniated disc but it does not return the disc or spine to normal anatomy.

To me this report is big news. I am not saying his career is done or advising fantasy players to not draft him but this is significant news. If you worry about the health of former Saints WR Brandin Cooks (now with Texans) given his concussion history, one could argue similar apprehension with Kamara. I am not comparing concussion/CTE with a pinched nerve but the natural history of both of these issues are unpredicatable and both can go South at a moment’s notice.

I hope the epidural was precautionary and as much of an excuse to to “hold out” for the new contract than absolute medical necessity. Often there is need to repeat the injection as well even if there is no need for surgery.

This revelation certainly puts a damper on his trade value (and maybe that was the point to keep him a Saint) and any potential deal would be contingent on passing a physical. The good news is he is reportedly planning on returning to practice today.

In any case, the contractual issues AND medical issues will need to be handled for Kamara has a big season and big career going forward.

The new 4-year $48 million contract extension seems to have “cured” Joe Mixon’s migraines in Cincinnati, hopefully a new contract reportedly on the horizon will do the same for Kamara’s back. 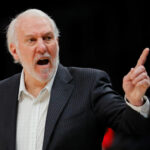