Week 11 projects to be the best week of the NFL season yet, with several games that could determine head-to-head playoff tie-breakers.

Here are the bets to make via the FanDuel Sportsbook:

A month ago, the Titans and Ravens were thought to be the NFL’s best. Both were in position to compete for the 1st seed in the AFC. Now, both are in jeopardy of missing the playoffs.

If the playoffs started today, the Titans would be out, while the Ravens would enter in the 7th and final spot.

No way am I betting on either team to win by a touchdown. Thus, the Titans +6.5 are an easy pick here, though Baltimore should win the game with slightly more talent and fewer holes.

The Raiders are quietly becoming one of the NFL’s most explosive teams. Just as quietly, the Chiefs have shown some concerning flaws.

In Week 5, Las Vegas defeated Kansas City 40-32, in a game that wasn’t as close as the score indicates. The Raiders were better on both sides of the ball. To everyone’s surprise, Derek Carr definitively outplayed Patrick Mahomes. Kansas City had no answer for Carr, who mirrored the MVP version of Mahomes.

There has not been a bet this season in which I’m more confident in making. Raiders at home +7? In fact, I like Vegas to win, again.

It’s Week 11, and we still don’t know if the Bucs are a Super Bowl team or an average team. That’s not exactly the confidence I’d need to bet on them to beat the Rams by four.

Throughout his historical career, Tom Brady has struggled when harassed by a single defender on the field. Honestly, has any defender been as dominant as Aaron Donald?

Bet all the games via FanDuel here. 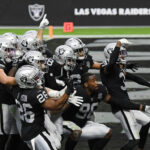 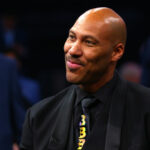