Auburn did not have a great start against Tennessee. The Tigers got down 10-0 to the Vols early in the game, but since then, it has been all Tigers. They have gone on a 27-0 run, including a 100-yard interception return for a touchdown from Smoke Monday.

Late in the third quarter, Tennessee was driving down the field down 13-10. Jeremy Pruitt and company were hoping to take the lead — or at least tie the game up. Instead, quarterback Jarrett Guarantano helped Auburn widen it’s margin.

Check out this interception return from Monday.

Monday might just be pretty good every other day of the week — including Saturday — too.

From there, the Tigers continue to take full control. After an almost-incredible catch from star wide receiver Seth Williams, running back D.J. Williams helped punch in another score to put Auburn up 27-10 midway through the four quarter.

Here was that close-call catch. 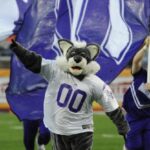 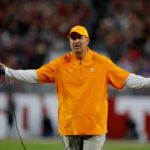