When we talk about certain players who made an impact on the 2021 Tennessee football team, Velus Jones Jr. certainly stands out. The transfer wide receiver from USC came to Knoxville under former coach Jeremy Pruitt and position coach Tee Martin, looking for the right fit that was close to home.

After his grandfather suffered a stroke, Jones wanted to get back to the South to be closer to his family, especially since he didn’t know how much time he’d have left with the man who helped raise him. But, due to an appeal denied by the NCAA, Velus had to defer coming to Tennessee for another year. 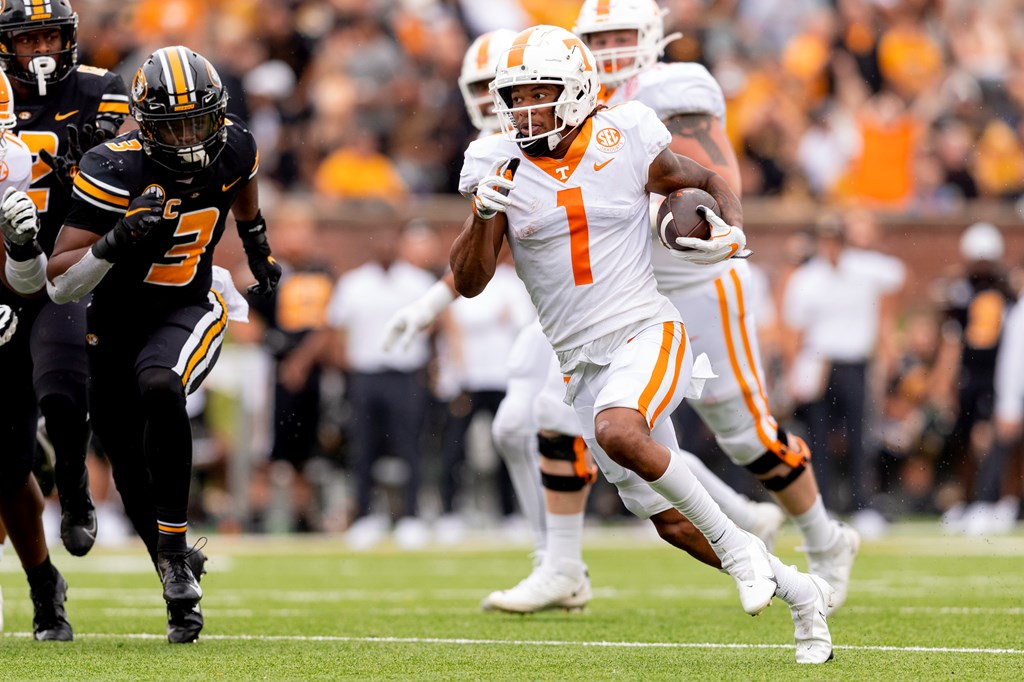 During our interview, Velus said he felt blessed to have the opportunity to play in the SEC after coming from the Pac-12, and he also knew his family would be able to attend more games and watch him prosper as a student-athlete. In his successful 2021 regular season, where he finished with 722 yards receiving, six touchdowns and one kickoff return for a touchdown, Velus fully embraced what head coach Josh Heupel was trying to accomplish with the offense.

Velus talked to us about his time at Tennessee, the coaching changes, adapting to the Heupel scheme, his favorite memories, his love for DollyWood and much more. If there’s one thing Velus has done at Tennessee, it’s handle everything with class, which you will hear below.

Though it hasn’t been easy, Jones Jr. also made one of his lifelong dreams come true. Just recently, the Mobile, AL native was invited to the 2022 Senior Bowl. If you’re from the Gulf Coast and grew up playing football, you know that this is a dream for many young players. So, the hard work that he put in this season finally paid off, as he will play in his hometown one last time.