The team over at USA TODAY does a fantastic job putting out an annual database of college football coach salaries. The 2020 edition is now live, and there are plenty of interesting tidbits to notice when analyzing the information.

First off, let’s take a look at the top 4 salaries.

Checking in at No. 1 is Nick Saban at Alabama with Ed Orgeron, Dabo Swinney and Jim Harbaugh rounding things out. Those are the only coaches whose salary exceeds $8 million, while the long-time Crimson Tide head coach is the only one exceeding $9 million — $9.3 to be exact.

The entirety of the top 10 is as follows:

Of the top 10 salaries for 2020, six of them hail from the SEC. They aren’t kidding when they claim that “It Just Means More” in the SEC. But how much more? Are coaches like Jimbo Fisher and Gus Malzahn worth these numbers?

New to the database calculus this year is the Total Pandemic Reduction, which gauges the pay cuts different coaches have taken this season in order to reduce the financial burden due to COVID-19.

Clemson head coach Dabo Swinney leads the way in that department, taking a $1.25 million pay cut. Over $1 million of that is the forfeiture of a retention bonus he was supposed to receive, and the other $250,000 is a postponement of an automatic raise in his contract.

The lowest paid coach from the SEC is new Arkansas head coach Sam Pittman. He is making $2.9 million but had a $250,000 reduction in pay this season due to COVID-19. There is a whopping $6.4 million difference between Pittman and highest paid coach Nick Saban.

Notre Dame’s Brian Kelly might have the most surprising salary on the list. He’s only making approximately $1.9 million, which ranks him No. 65. That’s the same range as Jeff Scott of South Florida, Seth Littrell of North Texas and Willie Fritz of Tulane.

It’s fascinating to look through the database and see who ranks where. 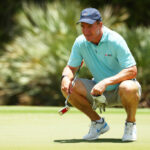 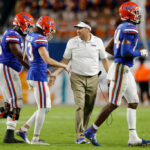