University of Missouri associate marketing professor Joel Poor was “relieved of teaching duties” Monday after students complained about a comment he made to one of his students during a Zoom lecture meet & greet where Poor asked if he had any international students to which one student responded he was from Wuhan, China.

“Let me get my mask on,” Poor said back.

And that was that. Students went nuts calling Poor a racist and saying the comment was xenophobic. Poor called it a joke and said in an apology email that he has “nothing but respect and love for the Chinese people and especially my students from China.”

But it was too late. The school has fired him.

As for Poor’s history with students, from a quick scan of RateMyProfessor.com, it appears Poor is known to drop jokes and sometimes they don’t hit the mark. This time the students had their Zoom footage ready to go and went straight to the school to have Joel fired. The school, clearly knowing they have bigger issues to worry about than going to battle for an associate professor, axed him with hopes that this all just goes away.

Update: here’s the full interaction where Poor offers the student a place to stay if things get tough.

Watch the entire video @Mizzou you shouldn’t have acted before getting all the information #freejoelpoor pic.twitter.com/m0pOnwlWAN

We have submitted this video to the Office for Civil Rights and Title IX. 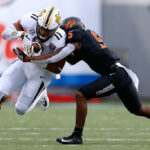 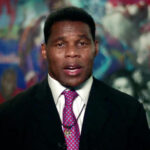