Disney, T-Mobile, Papa Johns, and SmileDirectClub have pulled their advertisements from Tucker Carlson Tonight, Fox News’ weekday 8 p.m. show. According to Deadline, the moves stem from Carlson’s point of view on the death of George Floyd and Black Lives Matter. You can find all of his opinions on the topics here.

Speaking to Deadline, ABC said that advertisements were placed on the primetime show without their knowledge:

“The ABC advertisements were placed on the show without our knowledge by third party media buyers who were unaware that we do not advertise on the show, and they have now been notified not to place any further ads.”

T-Mobile was public with its issues with Carlson:

Of course. We haven’t run ads on Tucker Carlson Tonight since early May and have cancelled all future placements. We will continue to support those who stand against racial injustice.

The companies have every right to do this. But it’s the why that stands out. It further proves my point, that I’ve now made several times this week, there’s a war on individuals who think differently. Carlson’s stance differs from what is accepted on social media and by the mainstream media. Thus, those in power, like executives, are on a mission to cancel it.

Most of these topics remain subjective. Carlson’s views are no more right or wrong than what other hosts have said. The difference, his aren’t allowed; theirs are.

This remains problematic and dangerous as both perspectives are okay to have. And both have strong supporters. We do not need to all agree and think alike. Listening isn’t allowed anymore, nor is real discussion.

In the long run, these decisions won’t hurt Carlson’s show. Similarly, in 2018, nearly 20 companies cut ties with the primetime show for Carlon’s stance on immigrants in the U.S. The show is a juggernaut and ranks top two, with Hannity, in cable news viewership nightly. With an audience that large and dedicated, these ad spots will be filled; perhaps even in-demand. 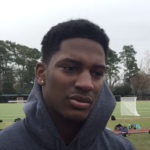 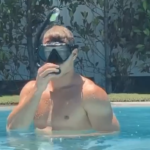