“We believe the risks of allowing the President to continue to use our service during this period are simply too great,” Zuckerberg said. “Therefore, we are extending the block we have placed on his Facebook and Instagram accounts indefinitely and for at least the next two weeks until the peaceful transition of power is complete.”

Social media leaders have responded to Trump’s reaction to the chaos at the United States Capitol on Wednesday by limiting or blocking the president’s use of his accounts.

Twitter locked Trump’s account for 12 hours, warning that it would be permanently suspended if he “continued to breach the company’s civic integrity policy.” A Twitter spokesperson tells CNBC that Trump has removed the tweets Twitter deemed unacceptable and said “the 12-hour clock is on.”

Big Tech seems to think that suppressing the President will ease frustrations, but it will do the opposite, unfortunately. Trump’s supporters are angry right now precisely because of this type of social media suppression.

Note: I want to be clear. Suppression on social media and anger do not excuse those who used violence yesterday. There is no excuse for such behavior.

Neither Trump nor the tech leaders are likely to change their ways, so this isn’t going away. High-profile media accounts have now called for Trump to move to Parler.

After Trump leaves the White House, moving to Parler may be his only option if he wants to maintain his social media reach. Other Big Tech platforms will be more inclined to remove him.

Our hopes of the country returning to normalcy in 2021 appear, at least thus far, to be far-fetched.

Trump’s Twitter lock could be removed around 3 p.m. ET. Perhaps, he will address the suspension. 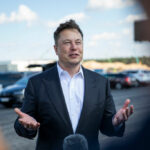 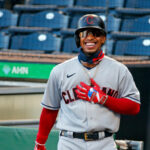