A transgender BMX rider who will be representing the Stars and Stripes in Tokyo as part of Team USA once vowed to “burn a flag on the podium” at the Olympics. Chelsea Wolfe, 28, wrote in March 2020 that it was her goal to make the Olympics to make her dream of burning the flag a reality and included an article on how “trans girls should be treated as biological males in school sports,” the NY Post reported.

Wolfe went on to tell Fox News that her now-deleted post wasn’t about not caring about the U.S.

“One of the reasons why I work so hard to represent the United States in international competition is to show the world that this country has morals and values, that it’s not all of the bad things that we’re known for,” she told Fox. “I take a stand against fascism because I care about this country and I’m not going to let it fall into the hands of fascists after so many people have fought and sacrificed to prevent fascism from taking hold abroad.”

Whew. You guys ready for a wild Tokyo Games? We have a trans BMX rider who had dreams of burning the U.S. flag. You have the trans New Zealand weightlifter doing her thing. You have people in Japan freaking out over the Games happening at all. You have 10,000 volunteers quitting because they’re scared of the ‘VID.

Let’s go back to Wolfe and get a better look at what she thinks of the United States. Here’s what she posted on Facebook back in 2020. Notice the part where she writes, “I would never say that someone should explode the head of the president. That would be illegal.”

Chelsea will be there July 23 in Tokyo at the opening ceremony representing the U.S. 2021 is just getting cranked up, folks. 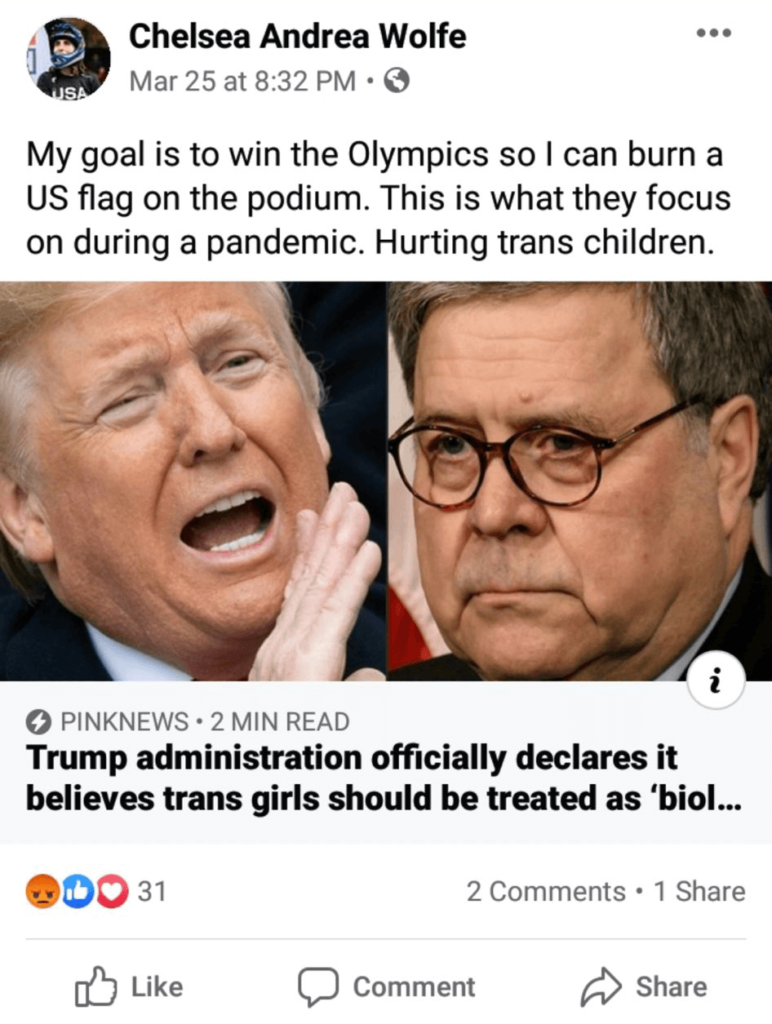 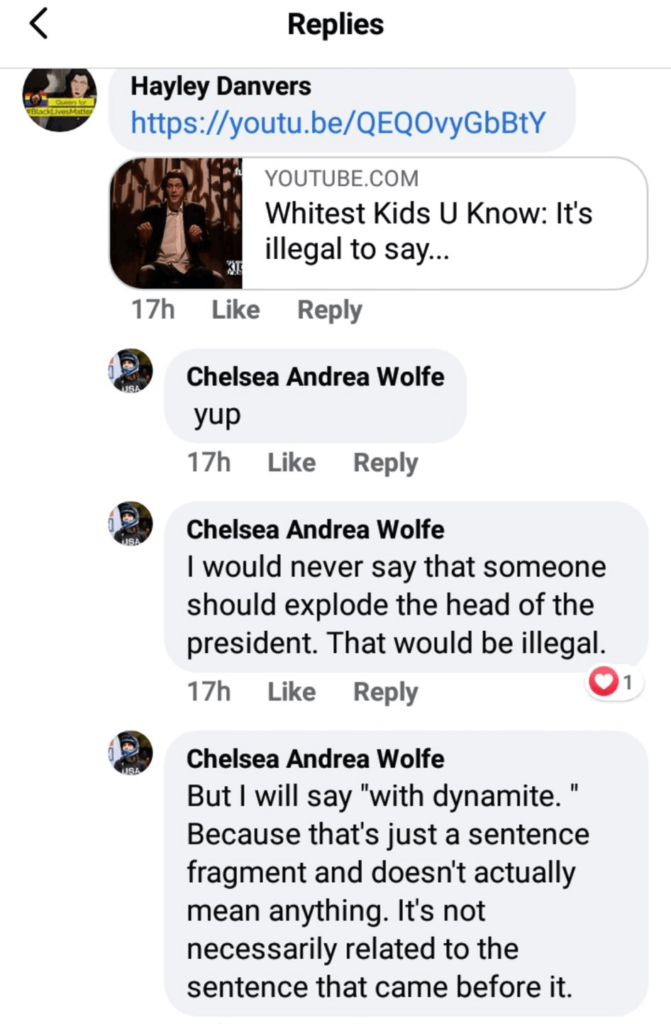