President Donald Trump and challenger Joe Biden went head-to-head in a battle to see who had the better ratings for their Thursday night town hall meetings.

According to the New York Post, with online and TV viewing, Trump edged Biden 17.8 million to 16.8 million.

So, who won? It depends on who you are voting for. It can — and will — be spun both ways.

Obviously, the media is giving the W to Biden. CNN’s Brian Stelter has jumped out in front proudly announcing a victory for Biden. Stelter is so excited he might have to write a new book.

ABC has its own reasons for wanting to discuss ratings over the substance of the broadcast. On Friday, Fox News released a damning report indicating that two of the questioners on the ABC broadcast had ties to high-profile Democrats.

Nathan Osburn, a former speechwriter for the Obama White House, was among those selected to ask a question of Obama’s former vice president, Joe Biden. Osburn also created the “Philly for Pete” group, which aimed to boost former Democratic presidential primary candidate Pete Buttigieg. ABC ignored the conflict and simply listed Osburn as someone who works in “communications.

The other questioner, Mieke Haeck, is married to Ezra Nanes, a high-profile Democrat in Pennsylvania. In 2018, Nanes ran against Republican state Senate Majority Leader Jake Corman.

NBC probably prefers to discuss ratings too. Anything to distract from that horrendous performance by moderator Savannah Guthrie. Guthrie is probably still asking if Trump denounces white supremacy.

Compared to that, the viewership war doesn’t sound too bad.

The news networks somehow still manage to expose their agenda even in a strong ratings night. 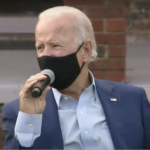 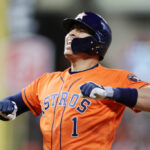