Though the word “debate” didn’t appear in the previews, NBC’s broadcast made sure America still got one. Moderator Savannah Guthrie came in with a point to make and a few questions to ask. Over and over and over again.

No matter how many times Trump said he is in favor of wearing masks, Guthrie tried to get him to claim he is against it.

Then she fixated on the topic of white supremacy. The narrative that the president has refused to condemn white supremacy isn’t accurate or effective. It’s not changing votes. Anyone who is curious will quickly find videos of Trump denouncing white supremacy, that is unless Big Tech suppresses them.

Here is one example:

Finally, Guthrie gave up and switched to QAnon: “It is this theory that Democrats are a Satanic pedophile ring and that you are the savior of that. Now, can you just once and for all state that that is completely not true and disavow QAnon in its entirety?”

“I know nothing about QAnon,” Trump responded.

This exchange wasn’t great for Guthrie or Trump. Guthrie’s response, “I just told you [what it meant],” was cringeworthy. At that point in the town hall/debate, Guthrie had shown that she was not a neutral moderator.

While QAnon is not explained consistently, it has been discussed enough for the president to know something about it.

That said, the fringe conspiracy is not on the radar of most voters. Gutherie’s intent with the question is questionable and her delivery was sloppy.

I’m for aggressive moderators, but Guthrie was reckless. From the start, she was so hostile, bothered and distracting that when she finally let attendees ask questions, her interruptions put the first presidential debate to shame.

Now Guthrie’s battle with Trump is the story, not the questions from the crowd. According to The Hill, Guthrie asked four times as many questions as they did. She controlled too much of the discussion and did a tremendous disservice to voters.

By contrast, George Stephanopoulos of ABC led…well…a town hall. For the most part, he called a fair event with Biden, far better than NBC’s Lester Holt a week before.

The quiet broadcast was highlighted by Biden saying he regrets supporting the 1994 Violent Crime Control and Law Enforcement Act.

Stephanopoulos made an inexcusable mistake, however, by not asking about the New York Post‘s report that showed a purported email between Hunter Biden and Vadym Pozharskiy, an adviser to the board of Burisma.

“Dear Hunter, thank you for inviting me to DC and giving an opportunity to meet your father and spent [sic] some time together. It’s realty [sic] an honor and pleasure,” the email read.

If the report is untrue, Biden could say so and offer a defense. By omitting the topic entirely, Stephanopoulos was effectively doing the bidding of the Biden campaign. Stephanopoulos should have also mentioned Big Tech’s interference, which appeared to protect Biden.

If Biden wins in a couple of weeks, the threat of Big Tech suppression must be addressed. Right after court-packing, of course.

The ratings for ABC’s town hall and NBC’s debate come out later this afternoon.

By and large, Americans have already made up their minds. The biggest question marks are the voters who don’t like either candidate and haven’t decided if they’ll vote at all. We saw a similar phenomenon in 2016. Next week’s debate is crucial. 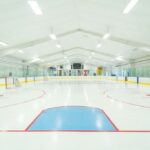 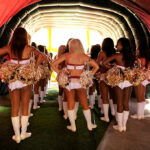