For those who haven’t yet mailed in their ballots, pause. Not only is the country at stake, so is Tommy Lee.

If President Donald Trump is re-elected, the washed-up drummer is gone.

“Dude, I swear to God if that happens then I’m coming over to visit the U.K. I’m out of here,” Lee tells The Big Issue. “I’ll go back to my motherland, go back to Greece and get a house on one of the islands.”

Just when CNN convinced Joe Biden he had it won, Lee goes out and sends a bunch of voters Trump’s way. “Come on, man,” Biden’s neighbors are hearing from a near-by basement.

The last celebrity to try this got exposed within seconds.

John Legend claimed in September that the country is so bad that if Trump wins, Americans will pack up and leave. Legend forgot to specify whether that includes Hollywood elitists. I’m assuming not. Moments after his warning, a report dropped that Legend had just purchased a $17.5 million Beverly Hills manse in this terrible country.

These people are awful. 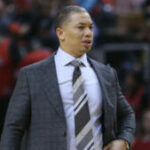 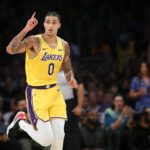