When the Tampa Bay Buccaneers and New Orleans Saints go to battle this weekend in the NFC Divisional Playoff game, all eyes will mostly be on two players.

With a combined age of 84, the Brady/Brees QB battle will be the oldest in the history of the NFL.

It will beat their old records set earlier this season when the two played each other in Week One in New Orleans, and a few weeks later in Tampa. The Saints won both games.

Brady and Brees are going to hear all week about their age, and to show they’re having some fun with it, on Monday, Brady tweeted out a picture of the two of them in their “later” years, a picture which won Brees’ approval.

Brees is reportedly set to call it a career when the Saints’ run is over this year. Reports say he is going to retire after the team plays their last game.

Brady is already talking about coming back in 2021. 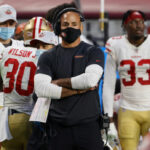 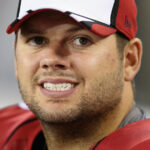