It’s time to make an executive decision around here. And that means I’m declaring the season will officially end on October 28 after your mowing session. I fully understand that many of you have entered aeration season and the schedule is a complete mess right now. Totally get it. October 28 should give all of us plenty of time to get the yard put to bed and wrap up the greatest mowing season in the history of the Internet.

Think about where we came from this year. The naysayers said the league would fold by late June. Nonsense! The haters said it was a fad and guys would fade out of the league. A national mowing league, to my knowledge, has never been attempted in the United States.

But here we are with guys coast-to-coast fully engaged with a league that brings them incredible joy.

So let’s circle the calendars. October 28. That’s it. One final beautification for Halloween. I understand some of you will be facing snow by that date. I also understand that our southern league members will laugh at stopping so soon.

These are just the tough decisions that Goodells, Manfreds and Kinseys need to make. Someone has to be the alpha in the room and make a call, and I’ve made it.

By now you know that a huge surge of rain went through this part of Ohio. I’ve now missed two straight weeks of mowing. Last week, we were in the middle of 90-degree temps and 12 or so straight days of zero rain. It was very dry. This week…completely soaked. We got approximately 4 1/2″ from Tuesday-Thursday.

Now we enter mowing/leaf pickup season. The yard will look incredible for about two hours after being mowing in October before the neighborhood leaves have other thoughts.

Esteemed Commish,
Good call on the rainout. Living down in Southwest Florida there are many times I need to call a rainout. Last Saturday should have been one of those days but I pushed through. Unfortunately I almost ruined my mower because everything was so wet. Thankfully I didn’t but I learned my lesson. I had to skip mowing the week before so I couldn’t justify not mowing two weeks in a row. Especially down here. It would have been miserable mowing this week dealing with three weeks of growth.

Regards to all the TNML

• Ryan S. in NW Ohio was hammered with this week’s rain:

Spoken like a true leader, thanks for the night off. It definitely resembles the Black Swamp around my house At least this rain and additional days should allow for longer and greener grass.

Sending this morning gem from the day before the rain started.

• Beau in Toledo is in the same boat…rained out:

Not really checking in for #TNML, unless of course, this week it means Thursday Night Moving Liquid (from BlueCans to bellies).

Glad it was 4″ over 40 hrs, and not like August of 2000, when half of Whimer area streets turned into rivers in a span of 2 hours.

Let the yards thicken up for a week, members! 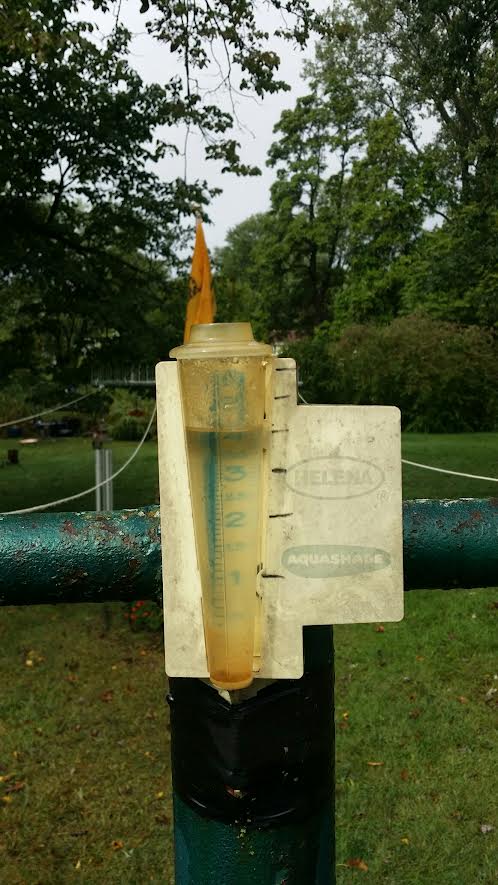 Indy Daryl is off doing hard things again. Look at this trip he has planned for the weekend. The weather front is through and Daryl’s heading up north for some incredible late September weather.

I am not sure we got as much rain as you here in Indy, but being from Denver, not seeing the sun for three days straight while it rained, in the words of my grandpa, “like a cow peeing on a flat rock” is not my idea of a good time. My yard is soaked and like you I am taking the night off… or actually morning as I am on PTO today!
Why am I on PTO you ask? Myself and and 11 other crazies, including my father-in-law and sister-in-law, are running a Ragnar Relay run from Muskegon, MI to Traverse City, MI. Nearly 200 miles!! We start at 8:30 tomorrow (Friday) and at least one of us will be running until we arrive at the finish line. Each runner has three legs to run. Having finished multiple full and half marathons, various other races, and one prior Ragnar in my life, I can confidently say this is one of my favorite events; hands down an incredible event. Can’t wait to report back when we finish on Saturday afternoon!
If anyone is interested, here is the link of the race we are doing
https://www.runragnar.com/event-detail/relay/michigan
Have a great night!
• Sean C. in Granger, IN sent his apologies for missing league night because he was in Vegas. While I hate to see Sean miss a league night, it’s nice to get a real Vegas report on what the conditions are like these days:
I have to say, I feel a little bad. A couple weeks ago, you gave me a great compliment on my commitment to my weekly TNML reports, saying even a nuclear bomb wouldn’t stop me. Well, last week I feel like I let you down with the lack of a report. Did an A-bomb actually fall on my house? Luckily, no. But potentially something more of an obstacle to my commitment to the TNML happened…..Vegas! Oh, she’s a temptress.
I was there for a trade show, and a couple colleagues had never been to Fremont Street. As someone who’s been to Vegas more times than I care to admit, I felt an obligation to be their tour guide for a few hours. So I’ll start with a Vegas report…..
Generally, COVID Vegas sucks!!! The casinos are practicing full mask totalitarianism. Take a drink, put your mask back on. They act like they can’t hear you call out your bets at the craps table, but the dealers spend so much time telling you to keep your mask over your nose, they miss out paying out my 9-1 bet on the hard 8!! (By the way, have you seen these fully electronic craps tables? No chips and the table is made of some kind of plexiglass). Places aren’t staffed, so good luck getting a drink while playing. But Fremont Street was a blast. It had been a while since I’d been downtown, and I wanted to see the new Circa Pool/Sportsbook setup. Unfortunately they wanted a $20 cover on a Wednesday night just to get a glimpse. No thanks. But the live music, people watching and local “acts” made the night the most fun of the week, and a great way to close out the trip.
So as this week progressed, I knew I this week’s TNML was in trouble. With this weird Atlantic weather pattern giving us some back door rain on most of the upper Midwest and northeast this week, I figured my time would be better spent building an Ark than mowing a lawn that’s 99% water. With darkness reaching us quicker this time of year, I had to call tonight a wash out. I’m guessing many people in this part of the country are in the same boat this week. Hopefully our members out west can pick up the slack. It’s unfortunate, because this time of year, my lawn can start looking really good.
Not as hot, getting some rain, I can get it close to ballpark quality some weeks. I probably have about 5 weeks of mowing left based on recent history, so I’m hoping to get some good submissions in yet this year. I have to admit, I hate knowing that the season is almost over.

@OutKickTNML @JoeKinseyexp No cutting yet since I seeded last Thursday, so I started my recruiting tour. Introduced my retired USAF brother-in-law @SteveMillz0924 to the League and delivered his uniform! He takes good care of his yard- and there is joy in sharing the lifestyle! pic.twitter.com/QcwiyxscdH

I dumped out 4.2” from my rain gauge on Wednesday morning, then another 1.6” on Thursday morning for 5.8” of rain in Allen County in the 419. No #TNML needless to say. Gonna watch The Herd and have a few garage beers while we get ready for next week. 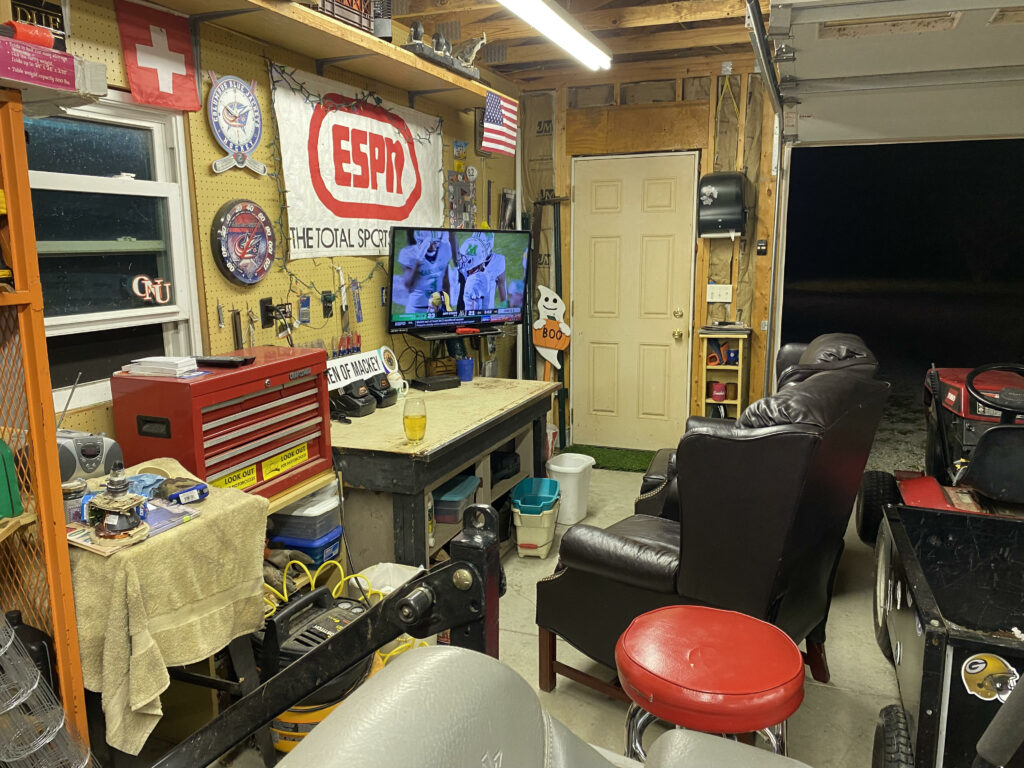 Rob in NC is also prepping for the offseason:

Joe…finally got some rain, fall temps, and time to pull some plugs.  How bout some TNML stickers?  Keep the material coming….Thanks 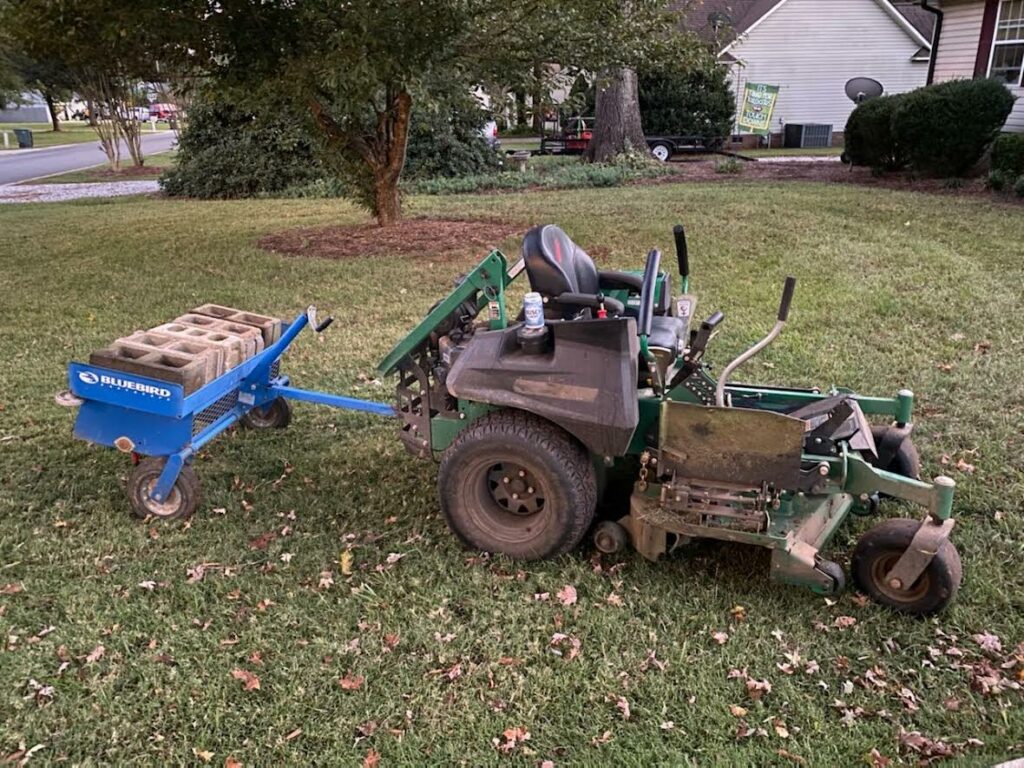 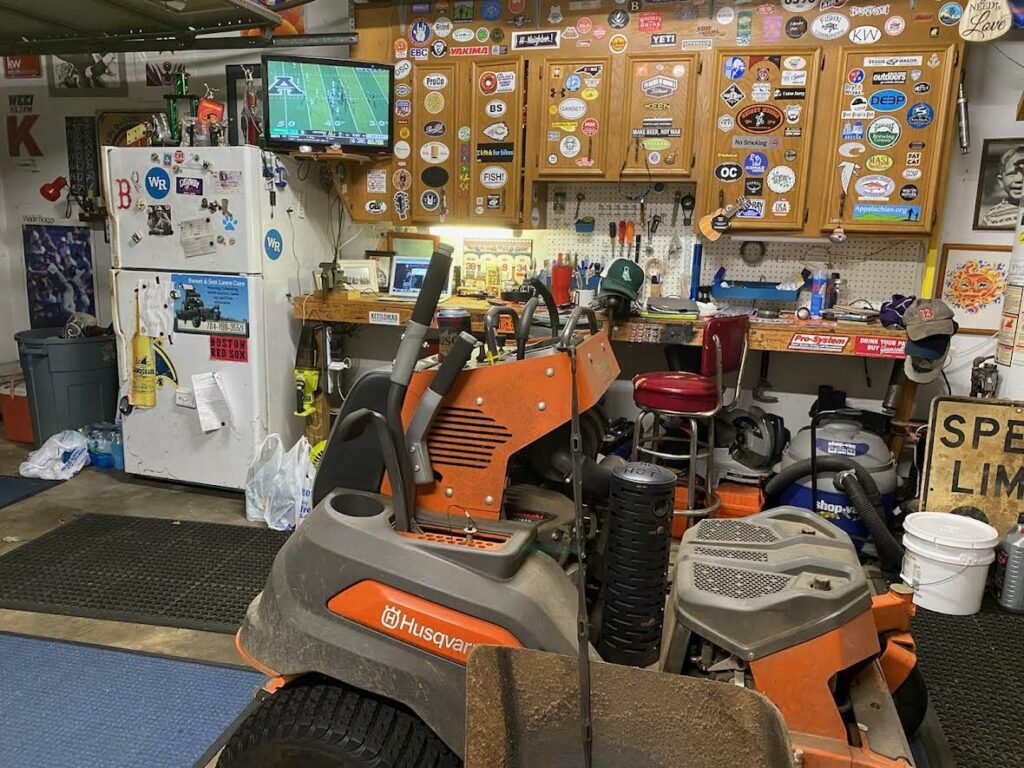 Matt in Nashville is prepping for the offseason:

It was an unusual League Night as my lawn was aerated on a Tuesday and I’m flying out tomorrow (a Thursday). Was still able to get in one mow this week and tonight put down some Scotts (see pic) on top of the aeration job that I’ve heard through the grapevine works wonders. I’ll be out of commission for a few weeks per aeration guidelines, but I will be tending the yard as needed and cheering on the rest of the crew.
Finish Strong! 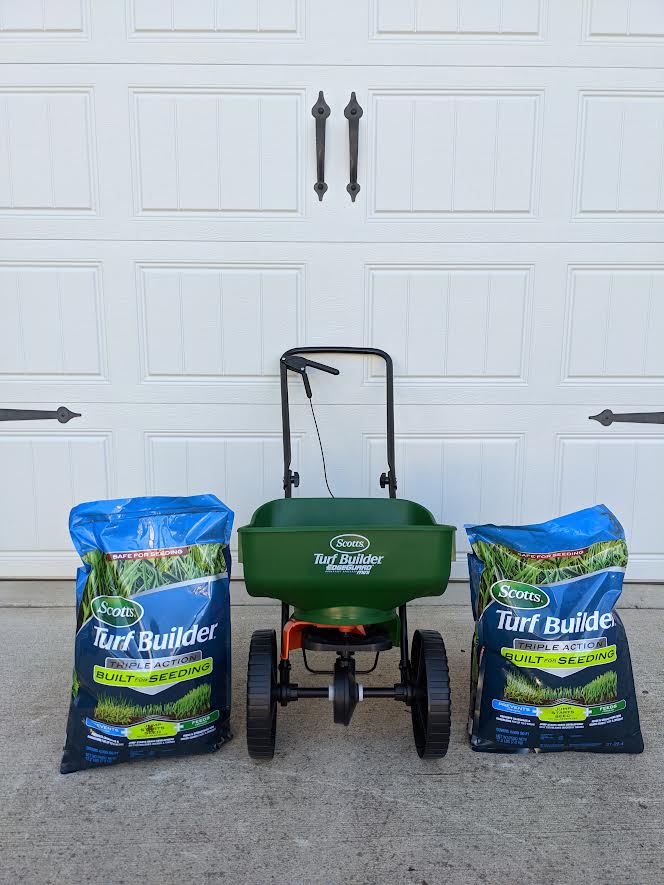 After a late season call up to the @OutKickTNML I got my mowing in Now I can buy the shirt pic.twitter.com/Dl57FeZi1K

.@OutKickTNML The rain subsided and now it’s gorgeous outside! A cool 70 degrees and plenty of sun, perfect mowing weather.

Gametime sponsored by @craftsman and cold @SamuelAdamsBeer for later this evening as we bring in Thursday night football.
#TNML pic.twitter.com/Pi8UgFrXhn

@OutKickTNML After 2 and a half weeks of 14 hour days (and no holiday weekend), I finally made it home to cut Saturday. Before (6/14) and After (8/18) but not done. Couldn’t have done it without @CubCadet_USA, @RainBirdCorp and the Ida Farm Co-Op. #TNML pic.twitter.com/okX3XMazSn

Getting closer every day. Just a few more weeks until we can join @OutKickTNML #WestTexas pic.twitter.com/ERhF9k9iwK