By now you guys know that I’m down in Birmingham, Alabama on a Morning Screencaps retreat — SATURDAY…Back 40… 3 p.m. be there — to see how the fine folks down here treat their lawns on league night and how they handle garage beers/patio beers.

The typical Big J journalist likes to go into a media press box where they act all high and mighty because they have a press pass. They like to get away from the losers who don’t have a swivel seat and air conditioning. They look down on those who aren’t one of them, hence wearing their press pass around like it’s a sheriff badge.

As I’ve always said, when they zig, I zag. The Big Js are busy thinking of those football press box lunches while I’m here in Birmingham with my head on a swivel for a freshly mowed lawn from league night.

My first impression of Birmingham in July is that it’s way lusher (Grammarly says it’s a word) than I expected. They’ve had rain.

That means I should see stripes. Lots of stripes. I’m currently holed up in my own office inside a commercial real estate office in downtown Birmingham, but later today, Brandon B., who brought me south for a Screencaps summit, promises I’ll see the neighborhoods where the action should be.

Don’t let me down, Birmingham.

Thank you to Lanaevoli for sending in this week’s poll question and immediately triggering the riding lawn mower community.

Two plus weeks and no cut …drought is hitting the lawn very hard this summer and 95 plus on the way for weekend in Eastern Pa.

The robots are taking over

Let’s go to Canada where the disgusting destruction of the mowing industry continues by heartless robots who are sucking the fun out of local government employees who used to get out there and ride around on a mower all day. Now they’re using their phones to control robot mowers.

“As we got the grass down to the height we were looking for, it started to fly around the field and we were actually really impressed with how easy it was to adjust and easy it is to clean and how much of a timesaver it was for our staff and the people that were cutting it before,” a city supervisor told CTV.

Yeah, but does it yell at kids to get off its lawn? Guys, we’re going to lose all the things we loved about being kids and being yelled at Butch down the street for turning our bikes around in his yard while he’s out mowing.

I have a bad feeling these robot mowers are going to lead to even more destruction of masculinity. What red-blooded male wants to control a robot via a desktop computer as it mows a city park.

Now that I’m good and fired up, I’m ready to hit the streets here in Birmingham. I have like 36 hours to see this place.

I had help tonight mowing center court at the All Texas Lawn Sports Club. Raider is one of our very good ball boys. He is also the head of our security department. @OutKickTNML pic.twitter.com/05LKRL4T1C

@OutKickTNML
Looked like a total washout @ noon, however, the rain stopped long enough to get back on track. Thanks for the lift @craftsman @HomeDepot @KSWISS @rowdyenergy and my newest partner @SIRIUSXM #TNML pic.twitter.com/PUdf3gTMSB

Another @OutKickTNML League Night in the books! Throwin down stripes in the 513. Thanks to @HusqvarnaUSA and of course @rhinegeist for the post cut hydration. pic.twitter.com/HS1t8YEYGF

A NASCAR team doesn’t win without a solid pit crew. Tonight I salute my @STIHLUSA blower and my @ECHO_USA trimmer. Both are 12 years old and have always started on the first pull. Ready for the weekend because @OutKickTNML – I mowed on Thursday! pic.twitter.com/waIL5LdVxu

@OutKickTNML I squeezed in a cut before rushing to the airport so no pic but here we are representing TNML at Cadillac Ranch in Amarillo, TX a couple weeks back on our road trip back home to Utah from Louisiana. pic.twitter.com/OWPE2dXoW1

@OutKickTNML @MillerLite cooled down to 94 here in Nashville. That hill was a beast today. Enjoyed the free help. #legday pic.twitter.com/jdAFF5zIHS

We got 3.9 inches of rain last weekend in Allen County, Ohio, which greened things up a bit. First needed mow in a month or so. Still mowing at 4.5” so the grass can keep more moisture in for the next few months. Normally I like a 4” cut but couldn’t do it in the spring because it was too long by the time it dried out enough to get on it and now it’s so dry that I want to keep it longer. Don’t think I’ve had a 4” cut yet this year. Might just stick to. 4.5” as the Baseline. Helps keep the weeds down.

Garden is doing great – I water it most nights with one beer’s worth of water. I stand there with the garden hose and water for as long as it takes me to finish a beer. Fun formula that seems to be working well 🙂

@JoeKinseyexp @OutKickTNML Tonight was 99 degrees at kickoff! Thank my sponsors of @FirehouseSubs for getting my son to mow half the yard. #mountaindew #TNML #fatherson @MountainDew pic.twitter.com/3UxRnL7O9X

Inducted a new yard into the #TNML family since the neighbors are out of town. Stay cool @OutKickTNML members. #ToroMowers Recovery beverage by @FirestoneWalker Union Jack pic.twitter.com/RxAJzOTMlR

@OutKickTNML To beat the heat I took advantage of late morning to mow. #craftsman mowers pic.twitter.com/gzXOuymaXe

#TNML
I finally got this @HondaPE_USA
Mower unseized. Crazy loud knock, so I took it in the tall grass, hot day, and full send the rod through the block. It made it the whole mow. Invited Pete to mow too! @GCITURFSERVICES https://t.co/0lK5PpoAfb@OutKickTNML @ASICSamerica pic.twitter.com/gQnWOZVBfo

It was absolute bliss this evening. A cool gentle wind, the calm hum of the mower motor, the sweet aroma of fresh grass clippings and the satisfaction you can feel deep in your loins after each stripe you lay down on a Thursday.  Then, to top it all off, at 10PM as I am walking my dogs with my wife we strike up a conversation with a neighbor. This is a neighbor who I have curiously seen mowing on Thursday’s after I dropped the TNML bomb on him a little over a month ago. After chit chatting for several minutes, there was a slight pause in the conversation, and even through the dark hue of the night, I could see a smile come across his face and the following exchange took place:

Neighbor: So, you see I mowed tonight.
Me: It is Thursday.
Neighbor: Now I have the whole weekend.
Me: That’s what it is all about.
Neighbor: I am really enjoying this concept. 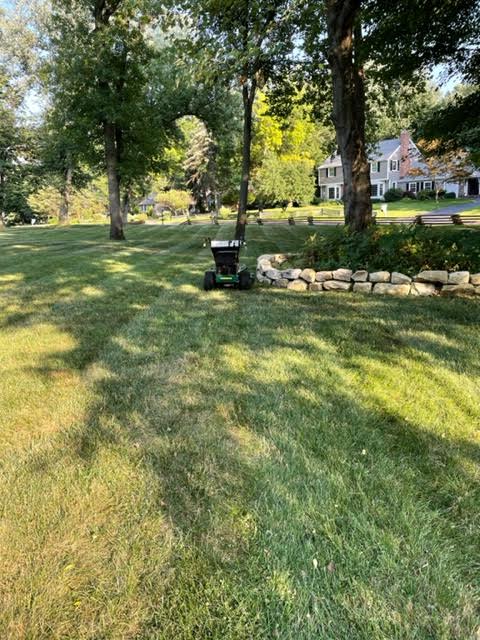 @OutKickTNML @JoeKinseyexp after another two week layoff due to the drought and grass not growing, we’re back thanks to team @TheToroCompany @BuschBeer @HusqvarnaUSA @RedWingShoes Got ferted during the bye week and with all the recent rain the yard is coming alive again. pic.twitter.com/o9o59mGzDD

@OutKickTNML Tonight’s trim (not a true mow, just getting the field even for visitors next week) brought to you by @ranchwater refreshment. New favorite post mow beverage! pic.twitter.com/WQ3SXbew8v

Not much to report on the lawn in recent weeks due to the drought in middle TN, but I can happily report that I spent last week repping The League™ out in Park City, UT with family and friends and got back in time to give the yard a finally-needed trim tonight. No beers were present this evening, but some high-quality steaks needed grilling, and there was a bottle of local bourbon that agreed to join. Please enjoy the pics of mile-high league pride, delicious food/drink, and a nice noir moment I like to call Steaks & Stripes. Hope all is well with the TNML family 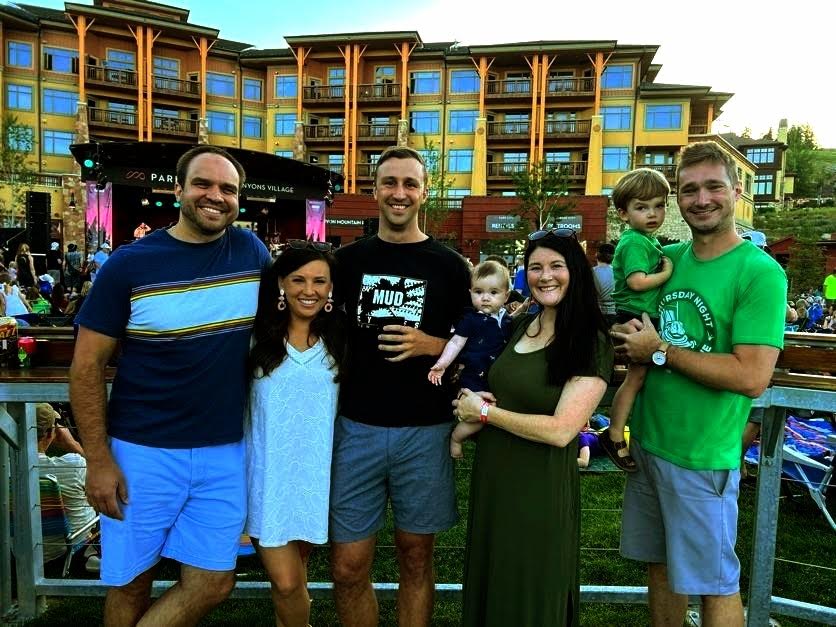 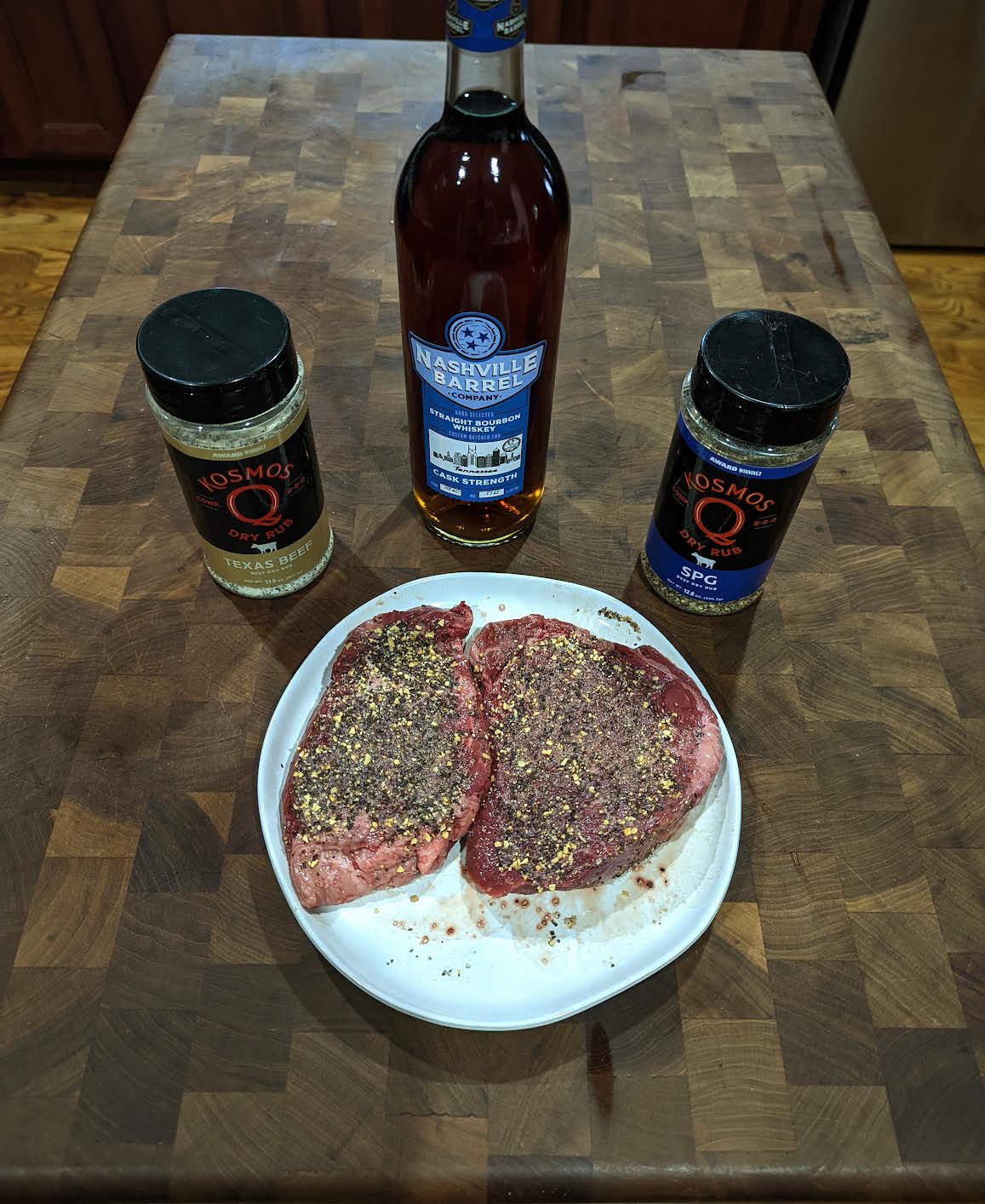 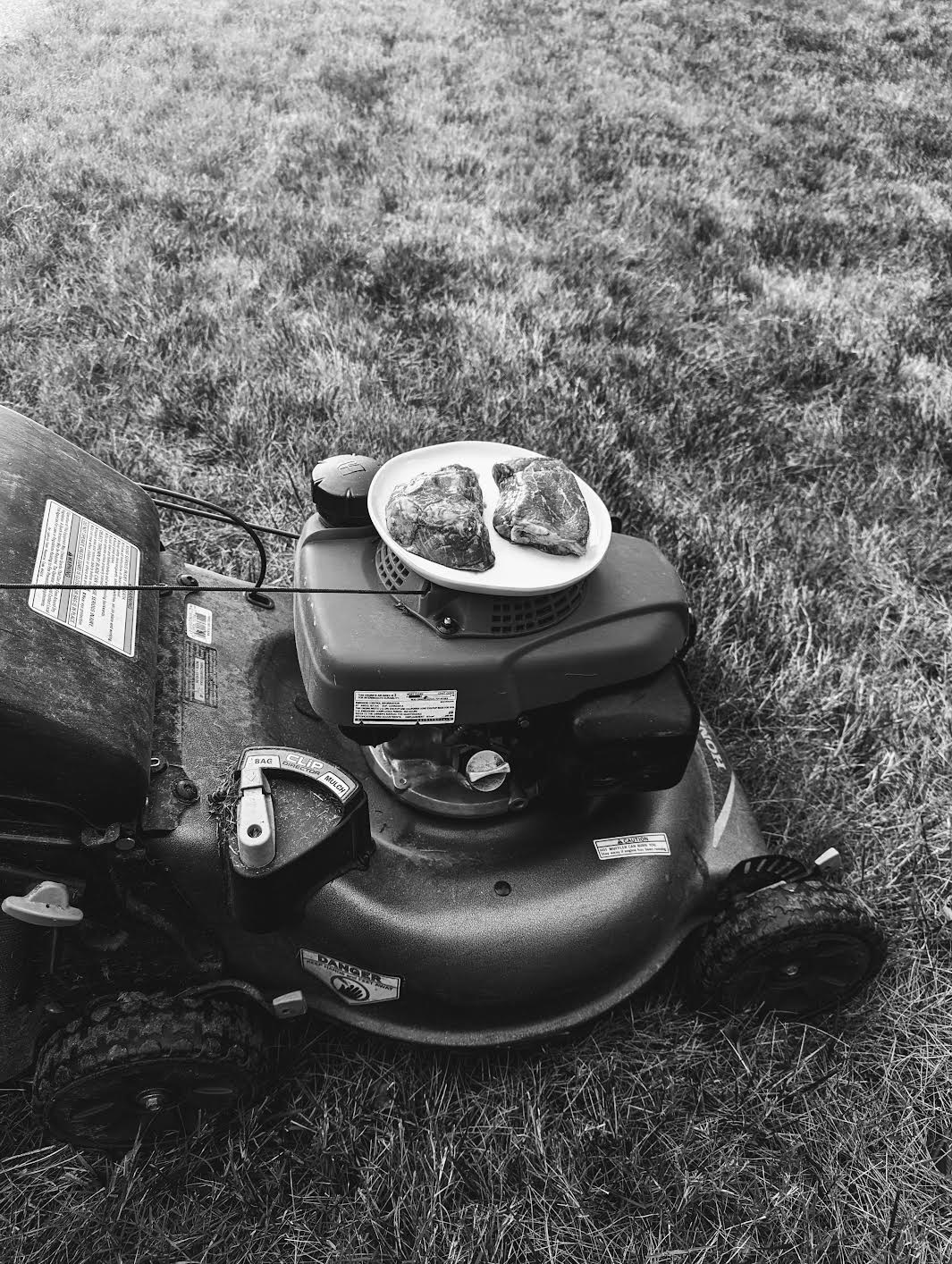 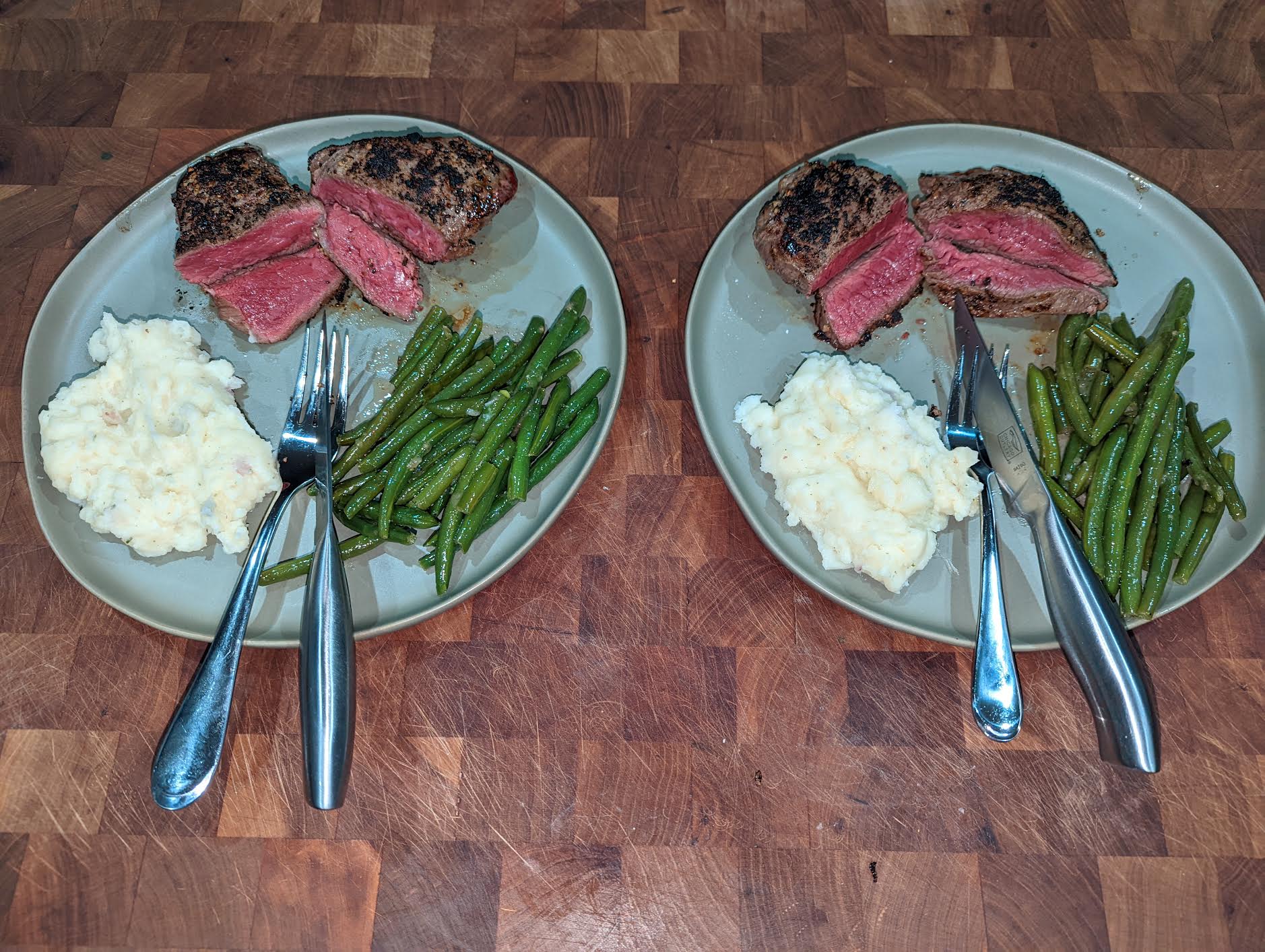 @OutKickTNML @Joe Kinsey exp it’s hot but we mow on Thursdays. Thanks to @HusqvarnaUSA and @budlight pic.twitter.com/9Uq9hcQf5m

@OutKickTNML hydroseed update. Big news. I’m out of town and the wife cut the grass. Well, what we have of it. pic.twitter.com/rmjl28FkLf

@OutKickTNML the hydrangeas are starting to bloom. Thanks you to @Richlawn @amazon @budlight #Toro and my fellow #TNML members pic.twitter.com/IUzT601Xgb

@JoeKinseyexp @OutKickTNML Joe, what’s the mowing approach? We have a hidden back line 130 yards out like a blind green. A left to right grade, a neighbor coming up their driveway to the right expecting a wave. Mow the contour or full send? pic.twitter.com/BK8rN4JR37

It’s a brutal summer here in #WestTexas. That field should be knee-high in cotton right now… Want to thank all the @OutKickTNML folks for posting great looking, green lawns from around the USA! Perks us up out here! We’ll get our rain soon and get back to work! Y’all mow for us! pic.twitter.com/cBB9YPSVZI

Week 2. Not a lot of growth this week. Just a trim off the top. @OutKickTNML pic.twitter.com/FzspMTLinC

@OutKickTNML First TNM of the season. Trying to keep up with the dry conditions in New England with. @MillerLite @Honda pic.twitter.com/w2ULwWvsib

• Erol in NJ slid into the Instagram DMs to say he got it done on league night: 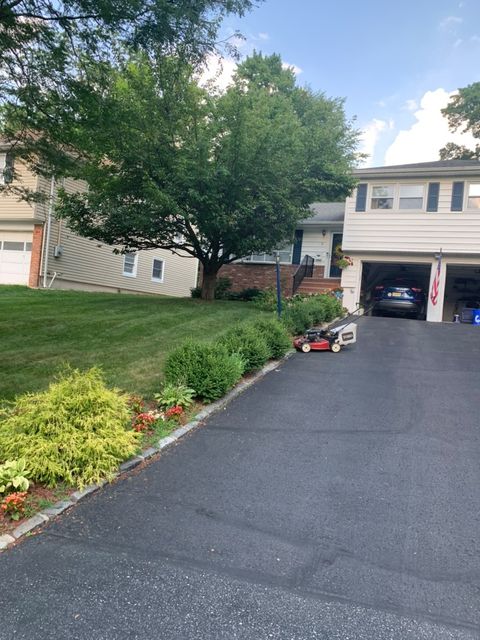 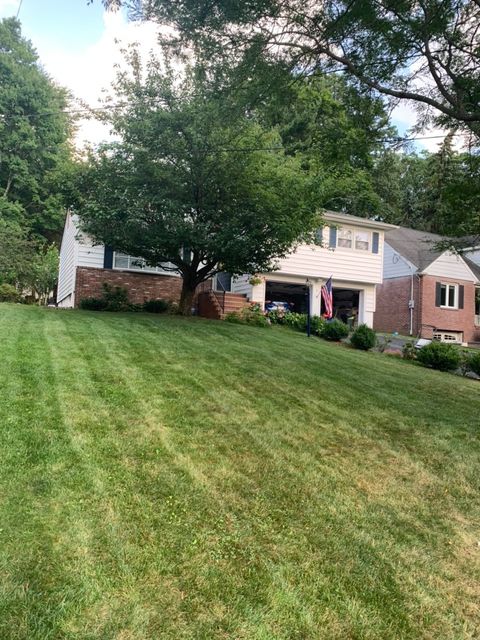 @JoeKinseyexp @OutKickTNML Miamitown, Ohio checking in. Hop in the boobie bouncer after mowing and grab a 12 pack pic.twitter.com/rs4f1CEZME