After Big Ten commissioner published an open letter saying that the conference would not be revisiting its decision to cancel fall sports, Ohio State athletics director Gene Smith released a statement to the media that raises some eyebrows. Here’s the core paragraph:

While a decision has been made by the presidents of the Big Ten Conference to postpone the fall season, we view this as a temporary delay, and [Ohio State president-elect Kristina] Johnson has directed us to prepare for the possibility of bringing at least some of our fall sports back to practice and competition by the end of the year. We are actively planning for the winter and spring seasons for all sports, including the return of football.

I’ve read this paragraph about 20 times now and it feels like a threat or at least a shot across the bow of the Big Ten. “Competition by the end of the year” is a timetable sooner than what Kevin Warren is selling. And remember, a report out of Ohio this morning suggested that Smith was trying to rally Michigan, Penn State, Wisconsin, Iowa, and Nebraska for a six-team football season before the reporter updated that Michigan’s governor Gretchen Whitmer was blocking it. Ohio State president-elect Kristina Johnson was reportedly not in favor of voting to cancel the season yet.

Could be something, could be nothing. If any university has the leverage to push back on the institutional Big Ten, it’s Ohio State, which draws the biggest television ratings and has the most success on the football field. The SEC would take them in an instant and their TV money would not suffer. 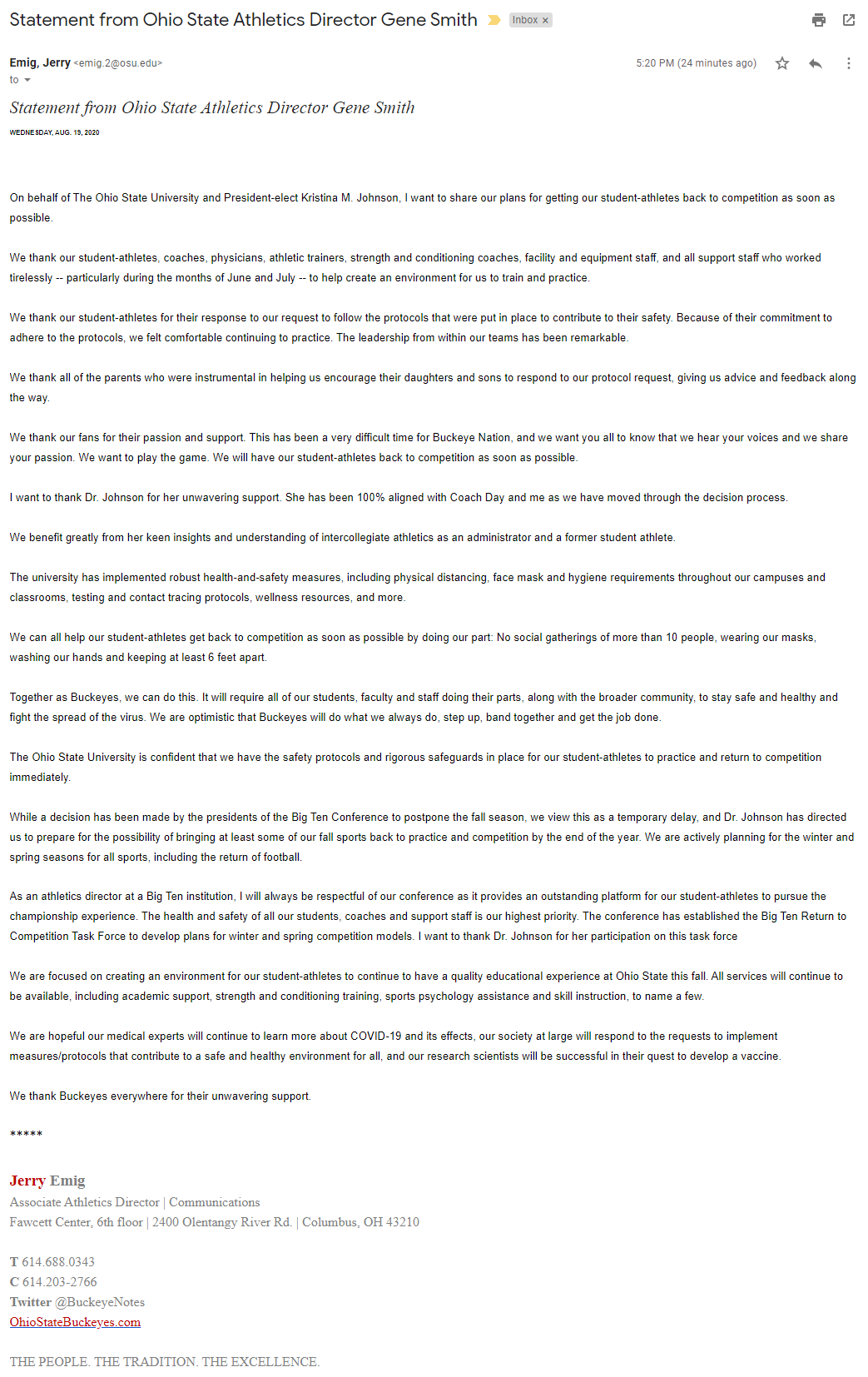