Search
Cart 0
Menu
Follow us
Search
Cart 0
Total81 This weekend Houston Rockets general manager Daryl Morey Tweeted “Fight For Freedom. Stand With Hong Kong,” in support of protesters in Hong Kong fighting for continued democracy in the semi-autonomous Chinese region. Morey’s Tweet provoked a backlash in China, leading Morey to delete the Tweet and the league and his team to apologize for ... 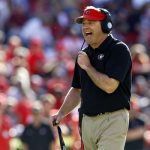