Finally! It’s the Thursday before NFL Wild Card Weekend! The picks are in. I’ve done the research, crunched the numbers, and made my decisions. Now it’s time for us to make some cold hard cash.

Ahead are my four best bets for Wild Card Weekend, plus two bonus teasers that have an excellent chance to hit Sunday night.

On the off chance you’ve been living under a rock, there are playoff games scheduled both Saturday and Sunday, so don’t get caught napping. Lock in your bets now via the FanDuel Sportsbook.

Speaking of our partners, the FanDuel Sportsbook offers another excellent betting opportunity for new users. Bet any team to win their game during Wild Card Weekend and have your odds boosted 25-to-1. That means if you bet $5 on any of these picks to win outright, you make a $125 profit if they win! Get this offer by clicking this link.

Iowa Residents: As of January 1, 2021, new FanDuel Sportsbook users no longer need to visit a casino or sportsbook. Click here to register, deposit, and bet from the comfort of your home or wherever you have internet access.

A note before we start: If this is your first time betting the NFL playoffs, keep in mind that these games will feature the sharpest lines of the season. Exploitable lines are almost non-existent because teams scheme playoff games differently than regular season games. You don’t need to get action on every game. Be selective.

That said, there’s always a “right” side. It’s our job as sports bettors to find that side, and I think those are my picks.

So, without further ado, these are my most fantastic bets for Wild Card Weekend:

The first game I’m getting action on this weekend is the NFC West rivalry game. Both teams beat each other in close games earlier this season, with those contests going under the total. It’s easy to expect another tight one on Saturday, and oddsmakers have set the line accordingly.

After news that Rams quarterback Jared Goff and wide receiver Cooper Kupp are both expected to play, the line has adjusted from its opening of +4.5 to +3.5 Rams. That movement benefits a Seahawks backer, who is now laying fewer points, but also indicates Goff should be healthy enough to be effective following surgery to repair a fractured thumb. He sustained the injury in Week 16 versus the Seahawks.

As Dr. David Chao pointed out, Goff finished that game despite sustaining the injury, and with proper medical attention, he should have an even easier time playing through it this week. Truthfully, after going back and forth, I lean Los Angeles. I respect the Rams’ defense, who come into this game much healthier than Seattle’s, so I’ve settled on the under.

This game is a re-match of one played two weeks ago when the Seahawks won, 20-9. That game’s film is telling. The Rams undoubtedly have the best defense in football (1st against the pass and 3rd against the run), and while the Seahawks’ offense was able to penetrate and pull away in the second half, the Rams’ defense didn’t lose that game. They’re arguably playing their best football of the season and should give their offense plenty of chances to win this game.

What solidifies this pick for me is Seattle’s defense, one of the most improved units going into Wild Card Weekend. Despite being banged up, Seattle didn’t allow a Rams running back to rush for over 62 yards this season. That’s important because if Goff’s injury limits his passing ability, it eliminates the best way to beat the Seahawks: through the air. Seattle comes in with the 31st-ranked pass defense.

If the Rams implement a run-first game plan, which they usually do, the Seahawks should have few problems defending it. Seattle finished the season 5th-best against the run, giving up an average of only 95.6 yards per game. Not only would that play well for Seattle backers, but if you’re betting totals, this helps make the perfect case for the under. Both teams rush the football, meaning they run the clock.

I’m not one to spend big on totals, so pace yourself. These are still true 50-50 propositions, but I agree it’s the safest play for this game.

Stat of the day: Since 2002, seven teams have entered Wild Card Weekend with a .500 record or worse. Those teams combined for 7-0 against the spread and 6-1 straight up. That’s a massive amount of success for teams with “no business” being in the playoffs.

Here’s another stat: The Buccaneers are 1-3 when Tom Brady is sacked three or more times in a game.

When you see Tampa Bay laying 7.5 points, you can’t help but wonder if the NFL’s 2nd-ranked defense, Washington, can keep the game close enough to cover the spread or even win outright. Add the fact that Bucs wide receiver Mike Evans might not play Saturday, and a formidable Buccaneers offense suddenly appears vulnerable.

That’s until you remember the GOAT, Tom Brady, is still the Buccaneers’ quarterback. This game has the most significant chance to bite me, but I’m laying the points. The Bucs are just that much better overall.

I don’t have to spend any time raving about the Chase Young-led Washington defense. You already know it. Washington’s defense played their way into hosting a playoff game this weekend, winning the NFC East. But their offense is a danger unto themselves. Washington finished the year 25th in points and 30th in yards. That won’t match a Tampa Bay offense that’s 3rd in scoring, 7th in yards, and 7th in red zone touchdown conversions. Washington’s offensive line is battered, and vital offensive weapons, running back Antonio Gibson and wide receiver Terry McLaurin, won’t be 100% healthy if they play.

The sixth-overall Buccaneers defense will benefit from having Shaq Barrett and Steve McClendon available Saturday night. If top cornerback Carlton Davis (who practiced today) can play, it will essentially solidify the unit. While Tampa’s offense might not have Evans (who also practice today), wide receivers Chris Godwin and Antonio Brown, and tight end Rob Gronkowski are more than capable of carrying the load.

The Bucs offense averaged 37 points in their last four games, and they are clicking. The Bucs are miles better than Washington, who probably wouldn’t be here if not for Philadelphia benching Jalen Hurts last week. Take Tampa.

It’s the only AFC game I’m getting action on. These two teams will face each other in the playoffs for the second straight year and the third time in twelve months. Most recently, the Titans edged out the Ravens 30-24 in overtime in Week 11. The Titans finished atop the AFC South, while the Ravens punched their ticket to Wild Card Weekend last Sunday, following their fifth straight win.

Earlier this week, I wrote that this line probably wouldn’t move much since equal-sized bets are coming in on both sides. Like with Rams-Seahawks, the sportsbook did a great job with the line. However, according to my research, I believe the Ravens will cover this spread.

Throw out what happened in their last two meetings. Forget the narrative that Lamar Jackson can’t beat them. Neither of these teams is the same as they were even three weeks ago.

The Ravens are suddenly among the elites for reasons mentioned above, while the Titans have spent the last two weeks getting blown out by the Packers and giving up 29(!) second-half points to the Texans. In the Texans game, Houston scored on eight straight possessions. Eight straight.

After that dreadful performance, the Titans defense finished the season 28th overall, dead last at defending 3rd down, and 30th in red zone touchdown conversion. Those are awful metrics against a Ravens offense that’s 4th-best on third down and averaged 0.471 points per play, meaning they score quickly.

Tennessee’s saving grace is their 4th-ranked scoring offense, led by the best running back in football, Derrick Henry. While the Titans have an elite scoring offense, the Ravens are elite at limiting points, allowing only 18.9 per game, which is 2nd-best in the NFL. While I’d love to take a home underdog, the Titans don’t warrant much confidence.

Don’t forget that the Ravens were beating the Titans handily in Week 11 when they went up 21-10. Then turnovers happened. The Ravens were laying 6 points then. I don’t expect turnovers to cost Baltimore this time.

The score probably stays within 10 points and plays toward the under, so I’ll throw the Titans in a teaser, but Baltimore should cover this small spread.

If I was allowed to bet only one game this weekend, this is the one I would pick. Not only is this my lock of the week, but it’s also the biggest wager I’ll make. I sincerely believe the Saints represent one of the two best football teams, the other being the Packers. The Bears, while one of the hottest teams to close out the season, just lost to Green Bay by double-digits last weekend at home. Now they’ll travel to New Orleans to take on the Saints and their 5th-best scoring offense.

The oddsmakers think that this Sunday will be a mismatch. They comfortably have New Orleans laying 9.5 points.

It’s easy to be overwhelmed by such a large spread. That’s precisely how the sportsbook wants you to feel. Don’t fall into the trap. Stay the course and take the Saints.

Sure, the Bears gave them fits earlier this season, but a ton has changed since then. Let’s face the facts: The Bears are not a playoff team.

The Saints would’ve covered this spread with ease last week. Now add running back Alvin Kamara and wide receiver Michael Thomas into the mix, and you get a recipe for destruction against a Bears team down a starting corner and their best defensive player, linebacker Roquan Smith. Drew Brees and the Saints will readily move the ball and score at will, just like Aaron Rodgers, who threw for 364 yards and four touchdowns last week.

I won’t overload you with information. Don’t overthink this. Saints are the bet.

There’s no better time to tease than during the NFL playoffs! I’m playing two 6.5-point teasers that will pay out at +200 odds each if they win. Here goes nothing!

Lastly, new users, don’t forget to take advantage of the excellent 25-to-1 odds boost the FanDuel Sportsbook offers. Bet $5 on one team to win outright, win $125! Lock in the promo by clicking this link.

Agree? Disagree? Drop your best bets for this weekend in the comment section below. Best of luck, everyone! Let’s make some cash. 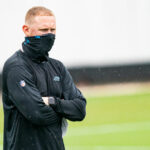 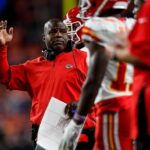