We are, rapidly, seeing things I never thought I’d see during what can only be described as a tidal wave of social justice crusading. One example of this came when Ron Johnson, a staunch Republican senator from Wisconsin, lobbied to replace Columbus Day as a national holiday with Juneteenth. Another is that massively influential figures and business relationships are circling around Redskins owner Daniel Snyder and pressuring him to change the team name.

People have been shouting at the top of their lungs for this to happen for years now, but three things in particular stood out in the last several days:

1) Tony Dungy, whom is very popular in conservative football circles for his faith, leadership, and ability to temper his emotions, said that he would not utter the team name on NBC studio telecasts. “It’s not hard to change the name,” Dungy told William C. Rhoden of ESPN. “When I’m on the air, I try to just refer to them as Washington. I think it’s appropriate.”

2) 87 investors, worth a combined $620 billion, urged the team’s three biggest sponsors — Nike, FedEx, and PepsiCo — to cease their relationships unless there was a name change.

3) FedEx, which has the naming rights to the team’s stadium worth a total of $205 million, urged them to change the name. With the way these things work, that’s pretty close to checkmate.

Start making bets now amongst your inner circle whether the team will still be called the Redskins the next time they play football. As much as it will kill Daniel Snyder inside to succumb to what he believes is the outrage mob, I’d bet he does it. The more significant question might be what the team is called next. 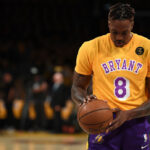