News broke Tuesday night in the Wall Street Journal that creditors of Diamond Sports Group LLC, the subsidiary of Sinclair Broadcasting that owns the Fox Sports regional sports networks (RSNs), are bracing for possible restructuring of company debt. This seemed like bad news, but the stock–which I have owned for a couple years and lost thousands of dollars on–actually went up 1.2% today even though the broader market was slightly down.

Fox originally sold the Fox Sports RSNs to Disney as part of the sale of the company’s entertainment assets. However, the justice department signaled to Disney that controlling ESPN and the RSNs would be too much concentration of power in sports, and so Disney sold the RSNs to Sinclair for $10.6 billion last May. Despite the fact that these businesses generate a considerable amount of cash, no one lined up to buy them.

Besides the RSNs, Sinclair owns about 300 broadcast TV affiliates — local Fox, ABC, CBS, NBC, or The CW outlets — in about 90 markets, as well as the Tennis Channel and the OTT sports network Stadium.

The challenges that Sinclair now faces with the RSNs are not surprising. Its Fox Sports RSNs own about half the regional rights of the MLB, the NBA, and the NHL. They lost about 60 percent of their baseball inventory to the pandemic. The NBA and NHL seasons, which typically start in October, are postponed until early next year because the 2020 season just ended. While these changes mean that Sinclair will pay a bit less for rights and production, they are still going to affect the bottom line. Not to mention, Sinclair came under heavy criticism for the way it treated its freelance production workers during the pandemic.

The Fox Sports RSNs have also been dark on a carriage dispute with DISH for over a year now, though there’s some optimism that Sinclair will be able to get DISH to carry them soon. “I think a Sinclair deal is possible, although DISH’s customer service team tends to cast a negative tone every time it’s asked about it,” the TV reporter Phillip Swann wrote earlier this week. “At some point soon, and we don’t know exactly when, DISH will have to renegotiate its contract for Sinclair’s 100+ local stations. That deal would likely include the 21 regional sports channels because Sinclair would be hesitant to approve it unless it did.”

But DISH has stuck out a number of their other carriage disputes. HBO has been dark there for quite some time. So, it’s uncertain whether the RSNs will wind up back with DISH, which had about 12 million subscribers as of the end of last year.

The pandemic, DISH disputes and the challenges of cord cutting have created a perfect storm for Sinclair and the RSNs. We’ve been talking about that a lot with ESPN as well: where’s the bottom of the linear bundle?

Ryan Vaughan, an analyst at the investment bank Needham, told John Ourand of Sports Business Journal that he thinks that, unless cord cutting worsens, Sinclair will be fine, as the RSNs were purchased at a discount. “Sinclair knows what they bought,” Vaughan told Ourand. “Sinclair bought the RSNs at five times EBITDA. Even though EBITDA has come down a lot, they still have a lot of other opportunities. Direct-to-consumer is going to come in a matter of time. They have the sports betting angle. A DISH deal is likely to come next year. Nothing in the next couple of years is going to cause them to default, unless cord cutting accelerates.”

So, here are the bull and bear cases:

Bull: A DISH deal gets done. Local MLB ratings are up 4% collectively this year versus 2019, and MLB continues to generate robust regional ratings for the foreseeable future. Election advertising, flowing to TV stations at record rates, is a huge boost to Sinclair that buoys them until next year when they have full RSN inventory for MLB, NBA, and NHL. Cord cutting plateaus because, at this point, most of the people who want to abandon cable or satellite TV have already done so.

Bear: Cord cutting accelerates, as more and more people abandon the bundle for OTT packages like Netflix, Amazon Prime, and Disney+. DISH not only doesn’t sign a new deal for the RSNs, but the broadcast affiliates go dark indefinitely (note: this would probably create an all-out war). The pandemic persists and dramatically cuts the amount of MLB, NBA, and NHL games again in 2021.

I dunno what to think now. I’ve been wrong for two and a half years, and Sinclair critics like analyst Rich Greenfield have been right. I thought the acquisition of Tribune broadcast affiliates, which would have further cemented Sinclair as a leader in that space, would go through, but the government blocked it. I thought they were getting the RSNs for such a good value that cord cutting would be a flesh wound. That might not be true. I thought they’d get a deal with DISH done for this baseball season. That hasn’t happened yet, and we’re two games into the World Series. I still think there’s a lot of money for Sinclair to make in television before the medium goes the way of newspapers, but I’m nowhere near as certain as I was before the pandemic. 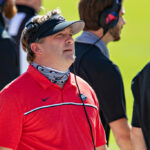 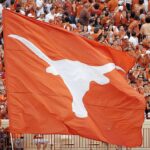