In her 2011 hit titled “Pu–y,” the rapper Lady sings about her pu–y 83 times. Saturday, in Plano, Texas at a restaurant called Ebb & Flow, a child was on hand as a DJ hit play on that 2011 hit song that doesn’t have a single line that doesn’t include “pu–y.”

Sara Gonzales of The Blaze was there recording as a drag queen gyrated for dollars a few feet from the child and grown women who’d brought the child to Ebb & Flow’s monthly drag queen show where VIP tables go for almost $200 to see drag queens from the Garden of Eden Drag Brunch do their thing during a self-described R-rated show.

🚨 I attended another all ages drag brunch in Plano, TX over the weekend and the footage I have is shocking.

“My p*ssy good, p*ssy sweet
P*ssy good enough to eat…f*ck me all night”

It gets worse. More footage to come. We WILL stop this. 🚨 pic.twitter.com/xVghUT0ORb

Ask yourself why that is.

“This event contains strong language and suggestive dialogue and may not be appropriate for all ages. Viewer discretion is advised,” the Garden of Eden Drag Brunch ticket site reads.

“DISCLAIMER: This is a ticketed event at a private establishment. We believe it is the prerogative of parents/guardians to make decisions regarding the well-being of their children. If you would not allow your children to see a Rated R movie or watch TV-MA programming, this is not the event for them. Minors must be accompanied by a parent/guardian.”

A post shared by Powered by Just The TIP (@justthetipqueens)

Is there some sort of Texas law that says restaurants cannot stop parents from taking their under-18 kids to a brunch drag show?

Now, you’ll see Garden of Eden Drag Brunch supporters claiming that the production company included “Adults Only” language on its promotional materials. I beg to differ. I don’t see it on the October 15 promo.

A post shared by Powered by Just The TIP (@justthetipqueens) 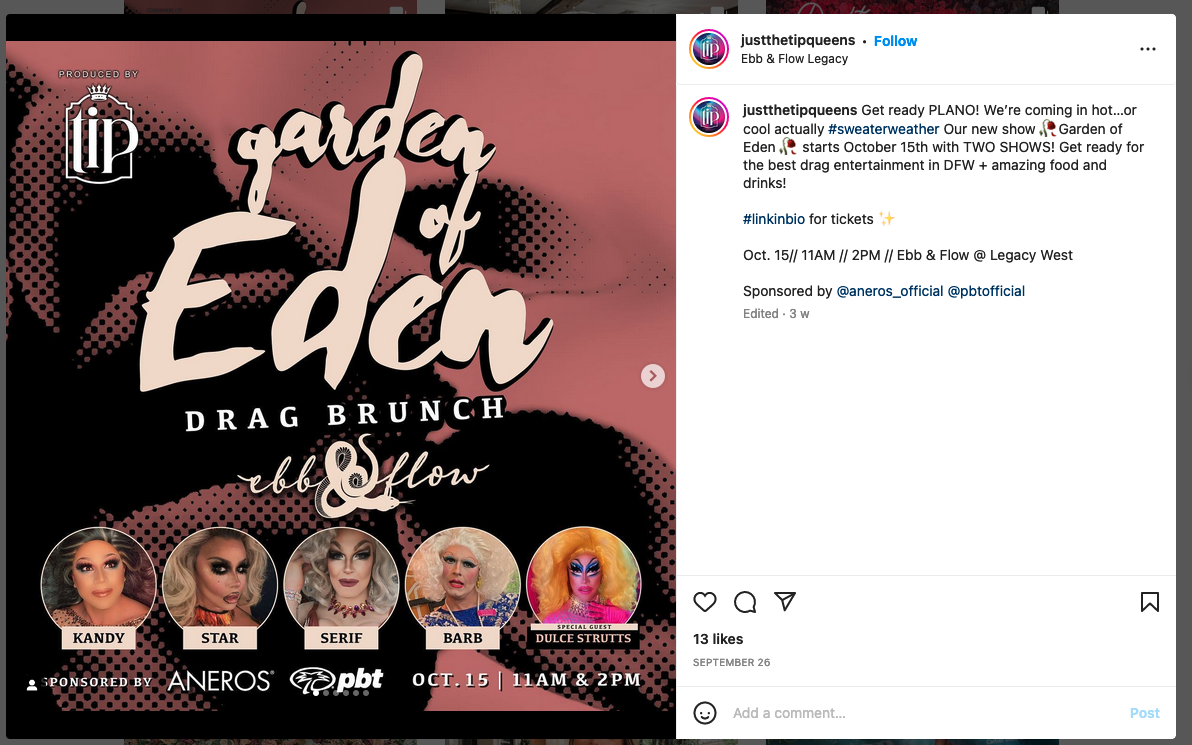 So to conclude, the drag queens know they’re going to be dancing to “Pu–y” by Lady. The restaurant knows it’s going to get to a TV-MA level. And parents have been warned by the ticketing site.

And it still goes on. Not a single adult in the room said, ‘Hey, let’s not do this.’ Not a single drag queen advised those women that the little girl didn’t need to see this show. Nobody from the restaurant advised the customers that the kid shouldn’t be there.

It’s a total breakdown of society. Scumbags all around. Total scumbags. 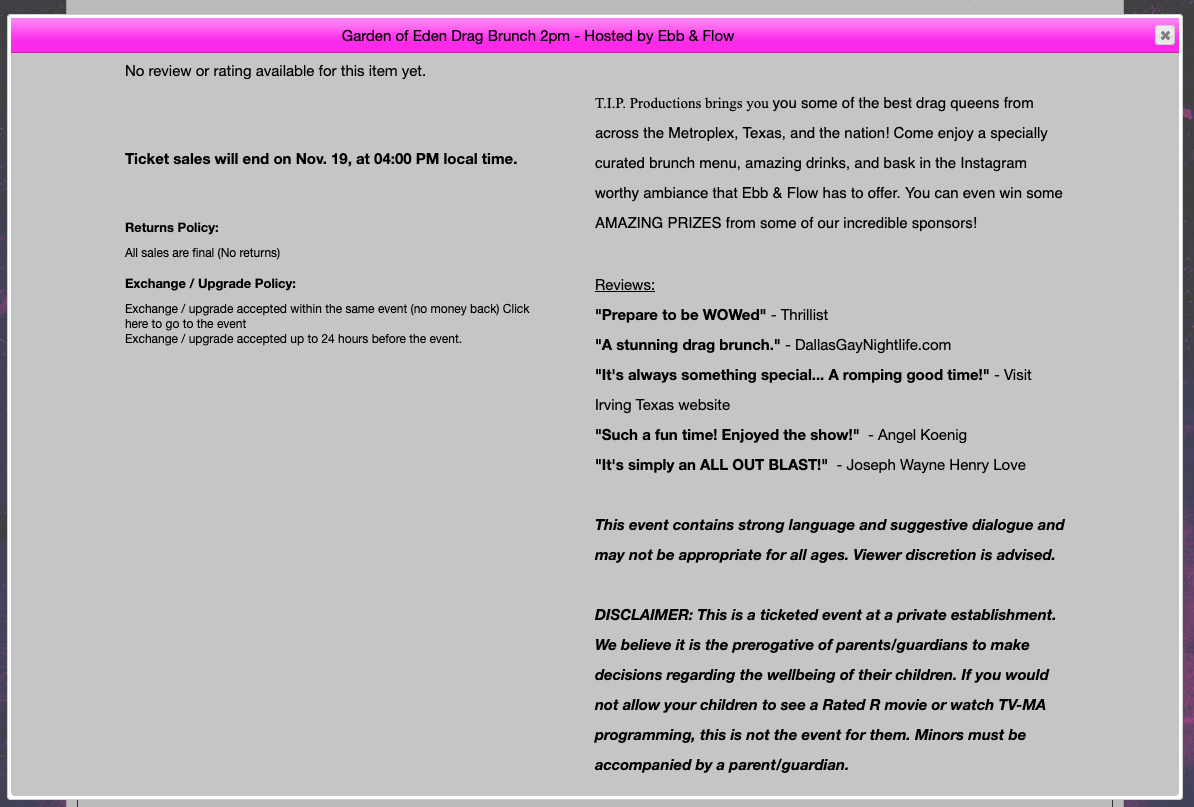