Texas needed a late surge/mini-miracle to better Texas Tech last week. It nearly escaped with a victory against TCU this week, but fell 33-31.

Texas figured to be the top team in the conference after Oklahoma dropped its game to Kansas State, now that title may fall defacto to Oklahoma State, which needed its own cage rattled to come back against Tulsa and has since beaten West Virginia and is leading a pretty awful Kansas team.

Things couldn’t have started any worse for the Big 12 this season. The conference opened and immediately saw all off Iowa State, Kansas State and Kansas suffer defeat at the hands of a trio of opponents from the Sun Belt — all at home, no less. Then the country looked on as Texas Tech and Oklahoma State eked out fourth-quarter victories over Houston Baptist and Tulsa, respectively, and the vultures stopped flocking and began to swoop.

Now, it may just be picking at the carcass of the conference.

Perhaps we should have all seen this coming.

Jason King wrote for Outkick earlier this week: Even though TCU lost its opener to Iowa State last week, there is still plenty of reason to be encouraged about the Horned Frogs.

Quarterback Max Duggan sat out the first half before throwing for 16-of-19 for 241 yards and three touchdowns after intermission. On defense, Gary Patterson’s 4-2-5 scheme is spearheaded by a trio of players who could be high picks in the 2021 NFL draft. Free safety Tre Moehrig is arguably the top player at his position in the entire draft class. He plays alongside weak safety Ar’Darius Washington, who is undersized but had five interceptions last year. Strong safety La’Kendrick Van Zandt is a phenomenal athlete but not as highly touted.

With so many elite players staring at him from across the line, it’s going to be hard for Texas quarterback Sam Ehlinger to have a big day against TCU’s defense. And don’t forget: Ehlinger had his worst game of the season last year against the Horned Frogs, throwing four interceptions in a 37-27 loss.

While King was prophetic — and the betting public did not buy into that line — the loss still hurts those who follow college football at the macro level.

It could be time to simply acknowledge that the Big 12 is on a down year. 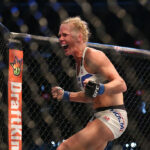 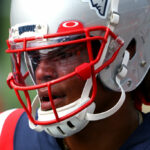