Tampa- The Tennessee versus Kentucky postseason matchup never seems to disappoint when it comes to the physicality. Most of the time it happens at a neutral site court that is filled to the brim with fans clad in blue, this was the case again on Saturday in Tennessee’s 69-62 victory over the Wildcats.

Tennessee will face Texas A&M for the SEC championship Sunday at 1 p.m. Eastern on ESPN.

The third fight of the year took place in front of a raucous crowd inside Amalie Arena, where both teams took part in a battle to play for a championship on Sunday. This game started off hostile, thanks to the partisan crowd and the way both teams were looking to attack the paint. The Volunteers made their way onto the court to a pound ringing of boos, knowing they’d be playing a road game today.

The only way to keep the crowd from distracting you is keeping them quiet, which Tennessee did in the first half, in a big way. It was Josiah-Jordan James who came out on fire, connecting on back-to-back three-pointer and scoring eight points within the first four minutes. But in Tennessee fashion, they decided to go on a five minute scoring drought, giving Kentucky the opportunity at life which they couldn’t take advantage of around the basket.

Tennessee led at halftime 33-22, thanks to physical toughness inside, but also holding the Wildcats to 27 percent shooting from the field. If you take out the normal drought, the Vols could’ve been leading by much more. Rick Barnes was playing his rotation the right way, giving Jonas Aidoo an opportunity at battling Oscar Tshiebwe, which is a tall task.

“It was exactly what both teams thought it would be. Just a hard-fought game from start to finish,” Rick Barnes added postgame.

The Wildcats were looking like a team that was desperate for some type of life in the second half, drawing multiple fouls on Tennessee early on, but not taking advantage of the Vols’ indecisiveness over a quick three-minute span. Kentucky would get close, but never close enough. Multiple times in the second half, Kentucky had cut the lead down to around 5 points, battling with the Vols in the final few minutes. 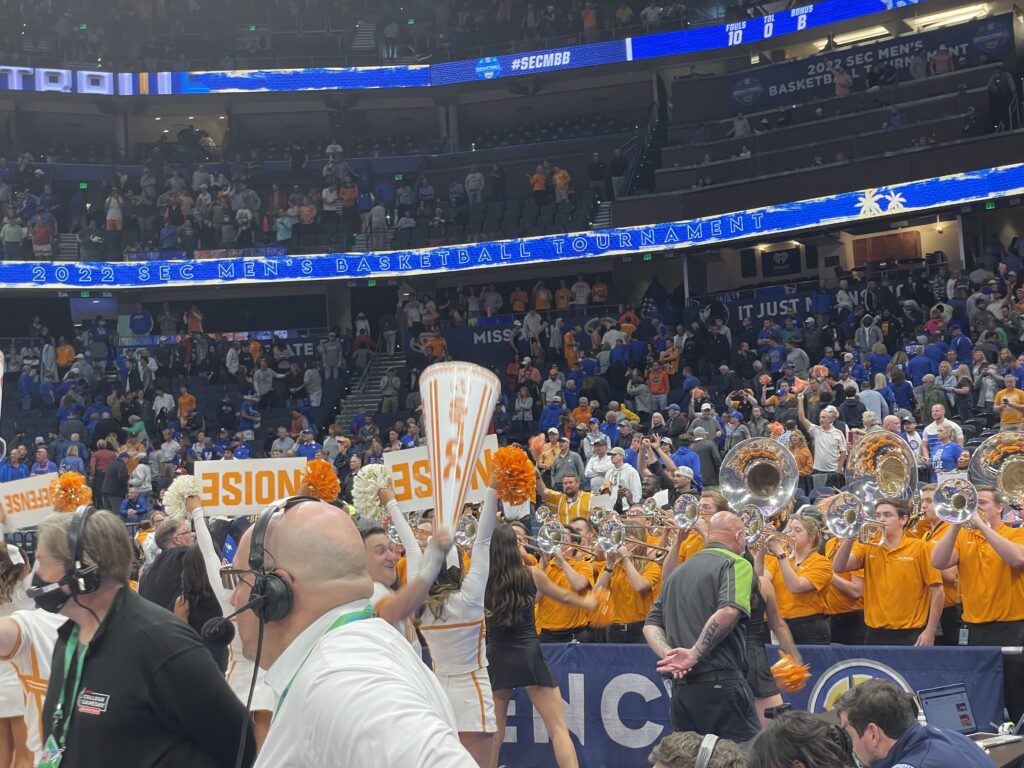 It was a huge night for Uros inside the paint, scoring 5 points and recording 8 rebounds. If it wasn’t for him, I don’t know how this team comes out the other side with a win, but he talked postgame about having to be aggressive on the boards.

“We felt like we were going up against a really good rebounding team… We knew that we had to be aggressive on both ends of the floor.

“This team has great chemistry. We love that about this team,” Uros added. “We are together a lot off the court. I love every one of these guys like they are my brothers… We have great leadership on the team and I think that’s really important this time of year.” 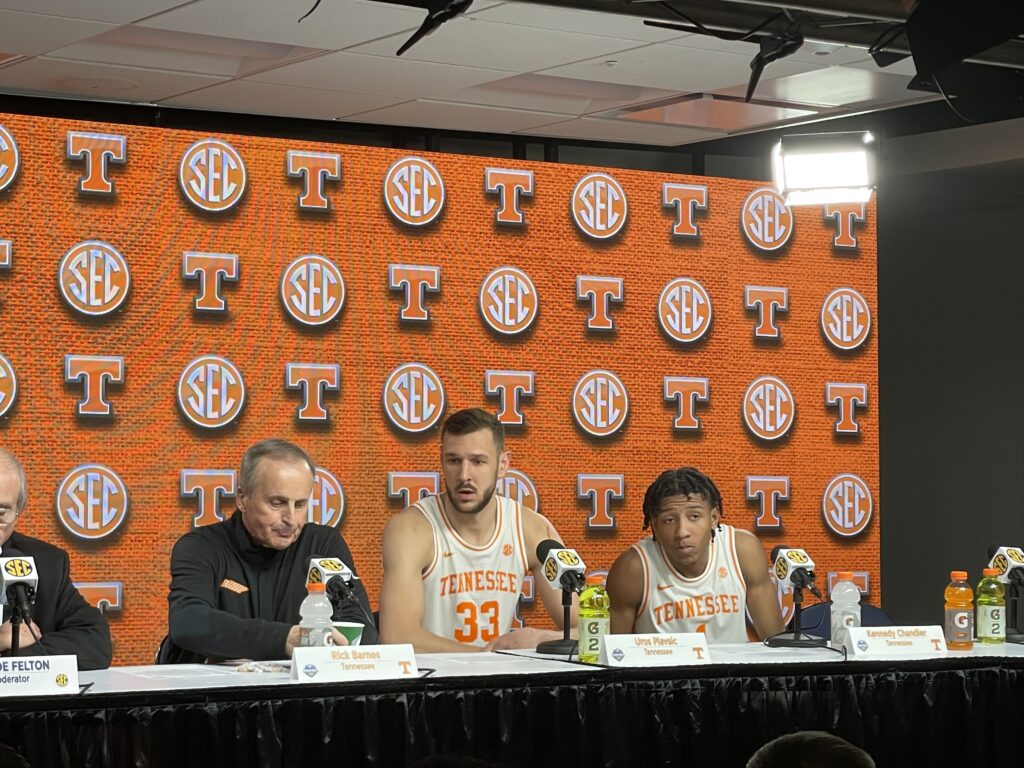 Time and time again in the second half it was Kennedy Chandler who stepped up for the Vols when they needed it the most. Whether it be along the baseline or through the paint, Chandler was finding ways to get involved. But Zakai Zeigler also played a huge part in getting the Vols out of backcourt jams, something they needed to do multiple times on Saturday.

Tennessee had held the lead for the entire game, but Kentucky kept finding ways to get back in it, making it 65-62 with 1:31 remaining. As the Vols kept getting sent to the foul line, they continued putting themselves up even more, finally finishing off the Wildcats at the end. 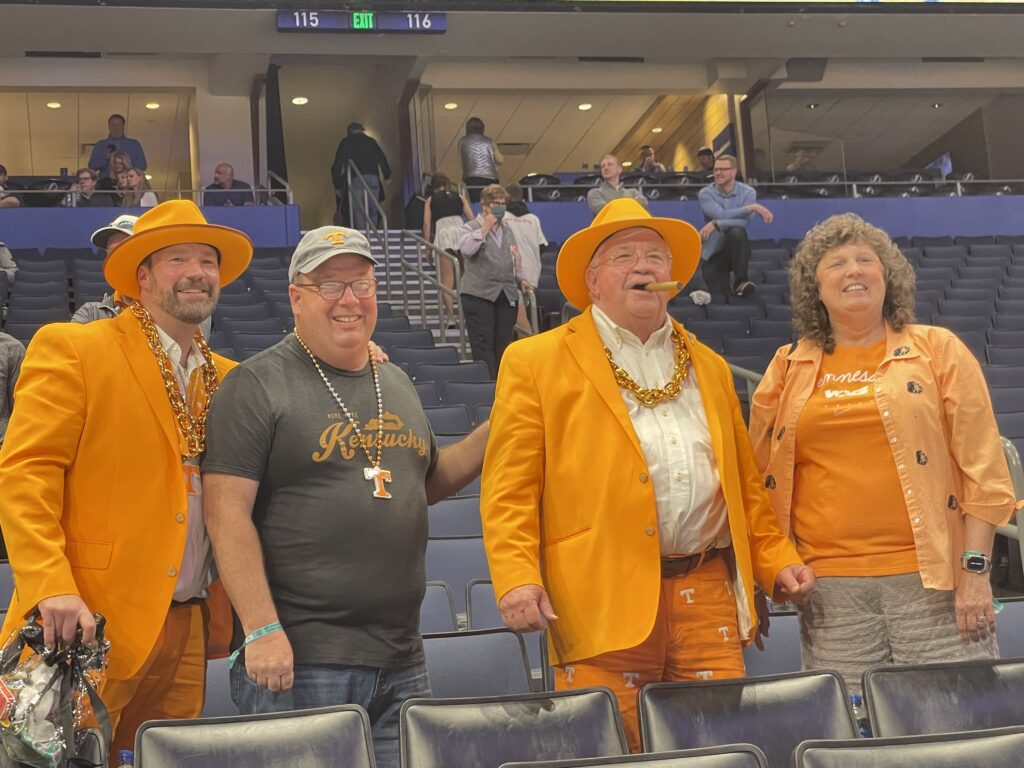 It was Zakai Zeigler draining a few free-throws to put the Vols on top, leading to one of the biggest wins of the season. This was the moment the fans in orange were waiting on for the final five minutes that seemed like it took a lifetime.

A huge night for this Tennessee team for walk into an arena filled with Kentucky fans and not once surrender the lead. These are the type of performances that can get you hot down the stretch, but this team has already accomplished that. Now, it’s about finishing what you started.

The Vols will now look to do something they haven’t done since 1979, which is win the SEC Tournament Championship.