INDIANAPOLIS — Some folks will say that a team finds their identity towards the beginning of March Madness, but it was during the regular season where things really started to click for this Tennessee basketball team. Not at the beginning, but straight dab in the middle. After a horrible loss to Kentucky, 107-79 at Rupp Arena, players knew the only way they would achieve their goals would be to get back to the basics.

That game against the Wildcats was an embarrassment, and it aired on national television. But it was also the moment that the Vols turned the corner. They took it as a learning lesson and knew they never wanted to feel that way again, Josiah-Jordan James said.

“I would say getting embarrassed on national TV is a very eye-opening experience. You learn a lot in wins, but I feel like you learn even more in losses. I feel like that was a chance for us, an opportunity for us to come closer as a group and to really look at ourselves in the mirror both individually and as a team.

“I feel like we learned the most from that loss. I felt like we came together. Losing that way on ESPN, it really lit a fire under us,” James added. “And we knew that we wouldn’t want to be in that situation, that position again, and I felt like we just tried to do everything in our ability to not put ourselves in that situation.”

It’s crazy enough that Tennessee is returning to the scene of its last tournament loss: Indianapolis, where they lost to Oregon State last season. Playing on the same court, walking around the same hotel, scooting around the same city, could all bring up bad memories. But this squad decided instead to view it as a shot at redemption.

“I’m happy to be back. I was excited that they put us back here. I think everything is coming full circle, and I’m glad we have a chance to redeem ourselves,” Josiah-Jordan James said. 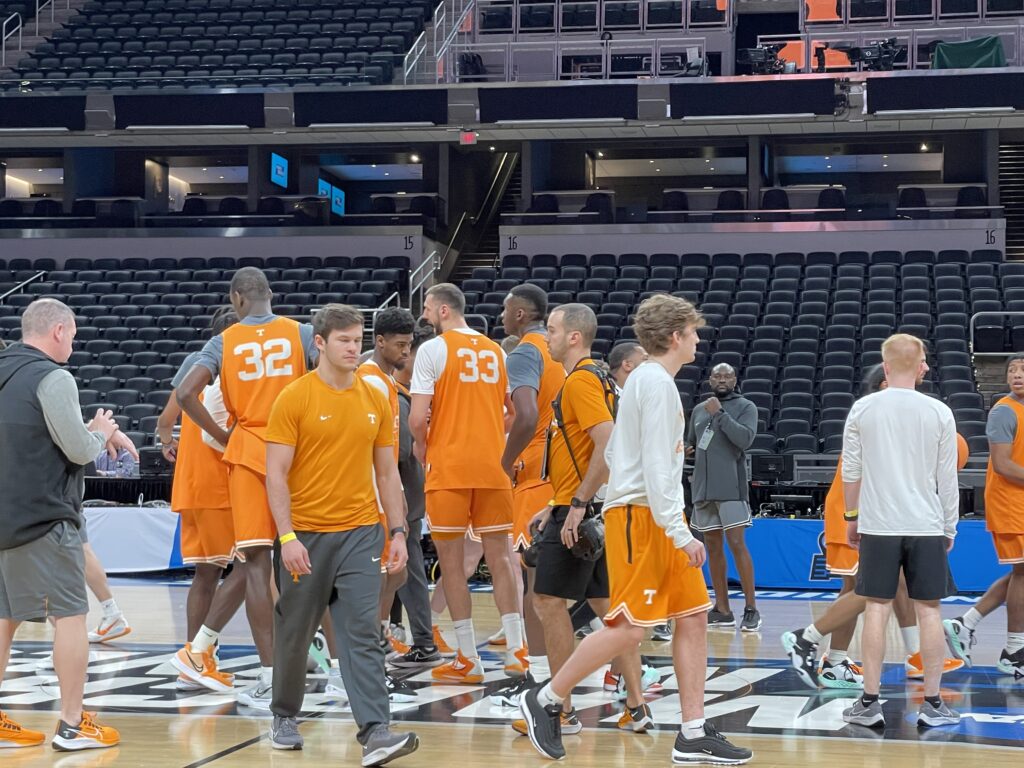 Nobody could’ve prepared for that loss to Oregon State last season. That Tennessee team had so much talent and left so much potential on the court. The exit set Rick Barnes off on a journey to find leaders who could take them to the next level in 2021-2022.

The talent on last year’s roster doesn’t compare to the brotherhood on this team. Santiago Vescovi, Josiah-Jordan James, John Fulkerson have all taken the next step. And the SEC Tournament was only the beginning of the ride.

As we watched the Vols practice on Wednesday, we could tell this group was laid back. The music vibes featured the heavenly voices of Boyz II Men, while Vescovi had a bit of a dance party before the practice began.

But if you ask this group about what lies ahead after the disappointment of last season, the answer shouldn’t surprise you. Josiah-Jordan James made it clear: their true goals still lie ahead.

“It was good to see us set a goal to win the SEC Tournament and achieve that goal, but we also had a goal at the beginning of the year to win games in March and to get to the Final Four and win a National Championship. So that’s where our goals are at now, and it starts with Longwood.” 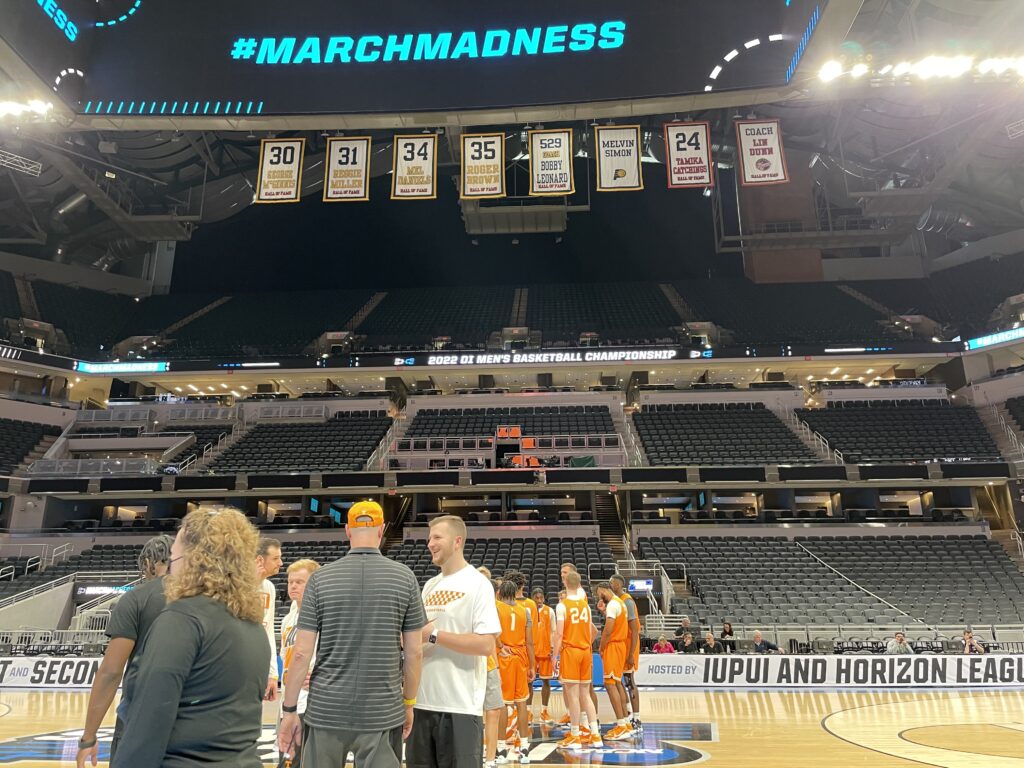 Rick Barnes discussed not letting his team overdo itself before Thursday’s game.

“What we have tried to do — and we talked about it today — today, we’ve got to get better today. With the time we had over at Butler this morning [where we had practice], we’ve got to go in focused and doing what we need to do, and then come here today and do some shooting.

“With that said, still making sure we don’t overdo it so we’re at our very best tomorrow. And we leave some of this up to our guys. I trust them so much. I can ask them, ‘How do you feel? How do you want to do this right here?'”

The Vols are looking to exorcise some demons, and they’ll get their chance on Thursday in the same arena where it all came to an early end last season.