ATLANTA- The Josh Heupel era at Tennessee started off with a few games he would love to have back. Now, going into year two in Knoxville the expectations are to continue moving this program in the right direction. And though he hasn’t been asked to sign any mustard bottles (yet), he jokingly commented that he would’ve loved to have had a golf ball during that Ole Miss game.

The Vols head coach is looking to replicate that type of atmosphere this season.

“I didn’t sign any mustard bottles or golf balls. Maybe wish I had had a golf ball that night, you know what I mean? I’m only kidding. It was a great, competitive atmosphere, man. That’s college sports as good as it gets. Just the energy and electricity inside of that stadium for 59 minutes, man, it was special.”

Hearing Heupel asked the question about the mustard bottle and that Ole Miss game had me thinking back to last season and a few thoughts of “What If?”

What if – Tennessee was able to finish some of those games in the fourth quarter? What if – Hendon Hooker was the starter from the opening game?

We don’t know those answers, but we do know that the Vols intend to go on a redemption tour this season that could resemble the promise of late 2021. 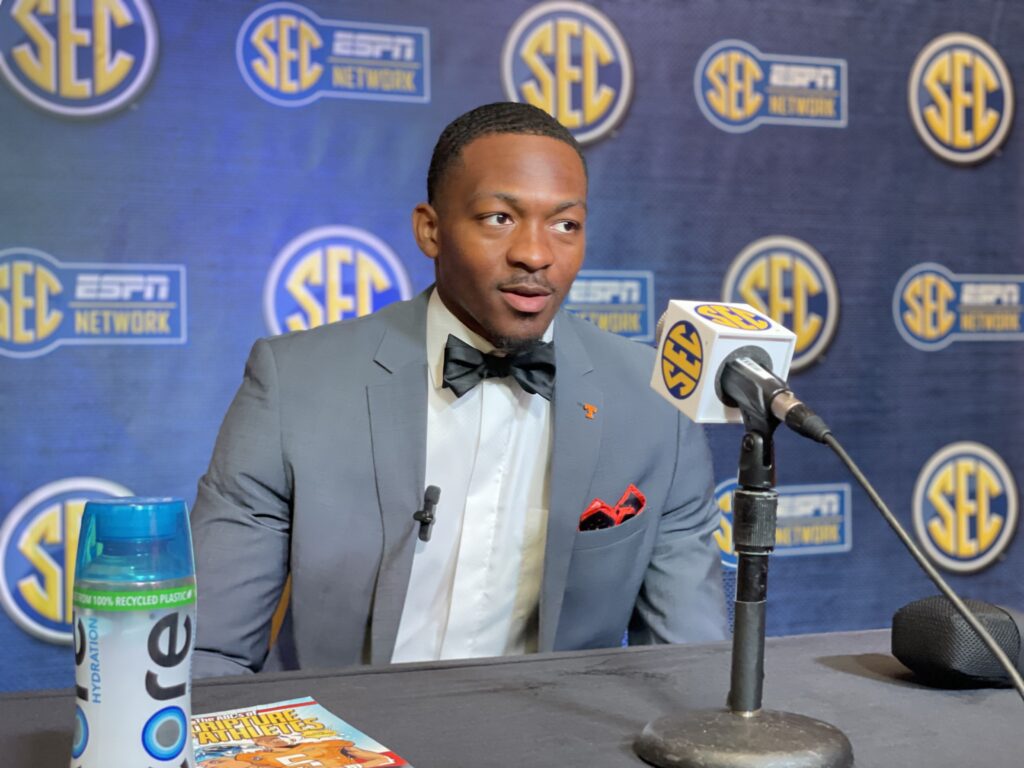 For the Vols to get to the point of the same offensive success as last season, replacing guys like Velus Jones Jr. and JaVonta Payton will be key. As Josh Heupel explained, there weren’t a lot of people expecting a breakout year from a guy like Cedric Tillman, who they will be relying on this season.

“That’s the great thing about college football, a quarter of your roster is turning over every year. A lot of great players leave. But with that there is great opportunity. Certainly Ced is going to get a ton of attention. It’s our role as offensive staff to put him in a position to create isolations, one on one, find a way to get him the football. It’s imperative for us offensively that the other guys step up and play at a championship level, too.” 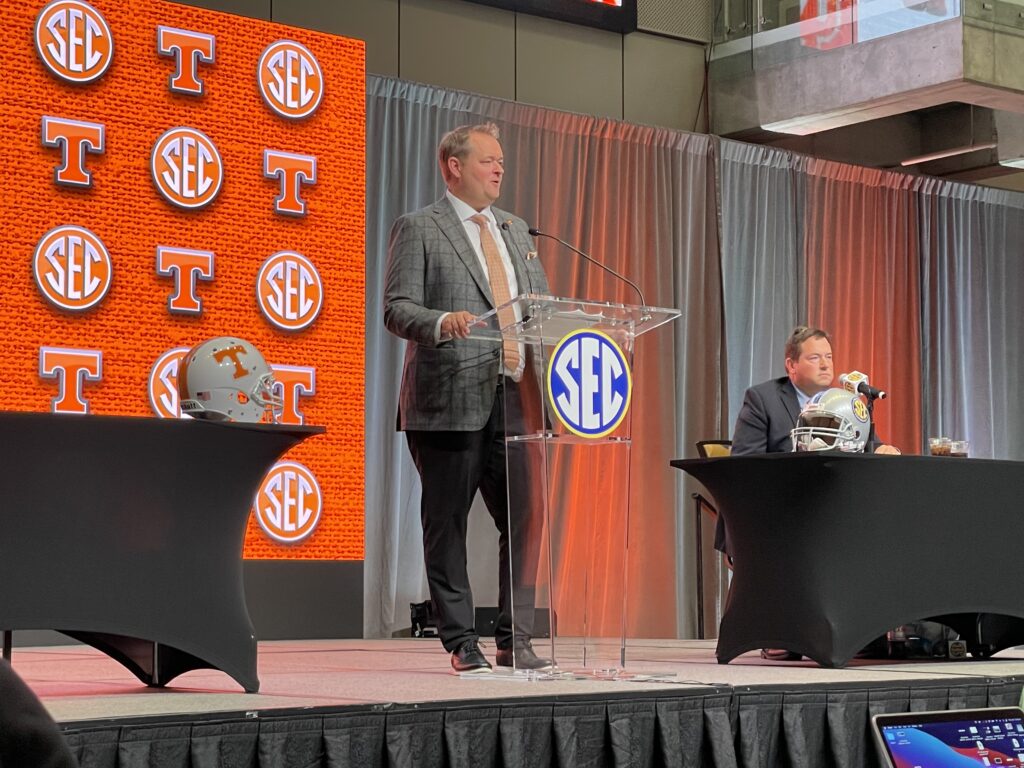 There were times last season where this team looked like it could go in a different direction, especially coming off the loss at Florida. But this game represented a turning point for the Tennessee program, especially once they were able to put it behind them.

“Yeah, I just think in late third quarter there’s some things we did, self-inflicted wounds, that changed the way that game was played in the fourth quarter. As a program, a young program, you have an opportunity to learn from it, grow, and push forward and really climb, or it’s something that can be devastating.

“It’s one of the moments inside our staff and program that changed the trajectory of the program,” Heupel added. “Sat in the team meeting room, were able to dissect and show them not the entire game, but the key moments of things that we controlled that had nothing to do with anybody that was wearing a different colored jersey that impacted the game and the way it was played.”

For this team to take the next step and build upon successful moments of the 2021 season, it will depend not only on how many points the offense can score, but also how this team continues to buy into what Josh Heupel is preaching. It all comes down to honesty, which isn’t lost on the Tennessee head coach. Having those relationships with the players has gone a long way in turning around a program that was left for dead after Jeremy Pruitt was fired.

“I think being extremely real with them, being completely transparent. One of the things that I’ve learned sitting in this role is to do less talking and do a lot more listening. There’s a lot of value in that. You gain things from your staff. But you gain them from your players, too.

“From night one where I was introduced as the head coach,” Heupel continued. “Being able to have a real conversation with our players, we were in there for over an hour and a half, I gained some insight into things that were right, things that were broken, how they felt about things.”

The success that the Vols experienced during the 2021 season can be built upon and has led to high expectations from the fan base, expecting better results this season. For Josh Heupel, he enjoys dealing with the pressure everyday of getting Tennessee back to a once dominant spot. But to do this, the Vols will need to keep the momentum flowing inside the building and not worry about outside noise, according to Heupel.

Asked for the team goals heading into the 2022 season, Tennessee WR Cedric Tillman did nothing to temper expectations.

“We heard the noise a little bit, and we want to go out there and play hard. This year, we plan on winning more games and competing every week.”