Knoxville, TN – There was an odd feeling in Knoxville on Friday night after losing to Notre Dame 8-6 in the Super Regional opener. But after having a night to regroup, Tennessee came out on Saturday looking for revenge. The Vols ended up forcing a game three on Sunday, defeating the Irish 12-4 and will get Drew Gilbert back on Sunday.

It had the feeling of being a slow paced game, with Trey Lipscomb giving the Vols a 1-0 lead in the first inning, but it would take a few innings for the offense to explode. Starting pitcher Chase Dollander had himself a stellar afternoon on the mound, throwing seven innings and holding the Irish to two runs and striking out five batters in the process. 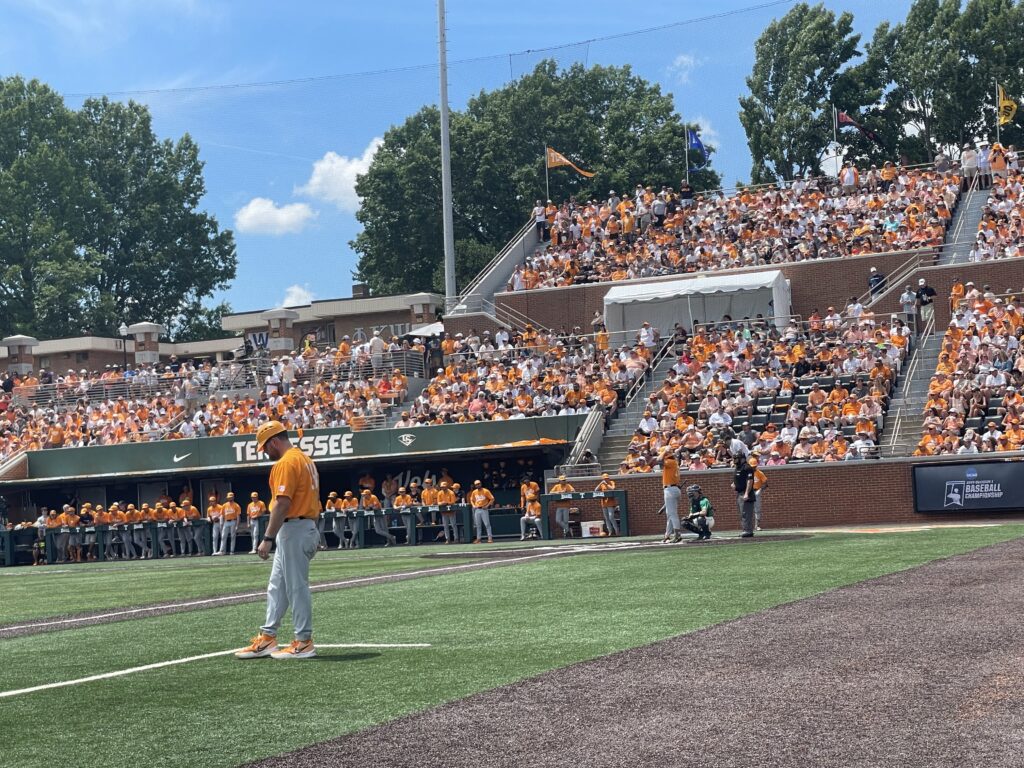 As for the Tennessee offense, it finally awoke in the 5th inning, in a very big way. Luc Lipcius started it off with a solo blast and after getting 2 runner on, Jordan Beck blasted a 3-run homer, giving Tennessee a 5-0 lead. But the Vols weren’t done, as Evan Russell belted his own solo blast.

After batting through the entire lineup, Luc Lipcius stepped up to the plate and rocketed his 2nd homer of the inning, giving Tennessee a 9-0 lead and seperating themselves from the Irish. The Vols hit four HR’s in the 5th inning, bringing the crowd at Lindsey Nelson Stadium to their feet numerous times. This was the type of offensive explosion that the Vols were looking for today, especially with Drew Gilbert not eligible to play today. 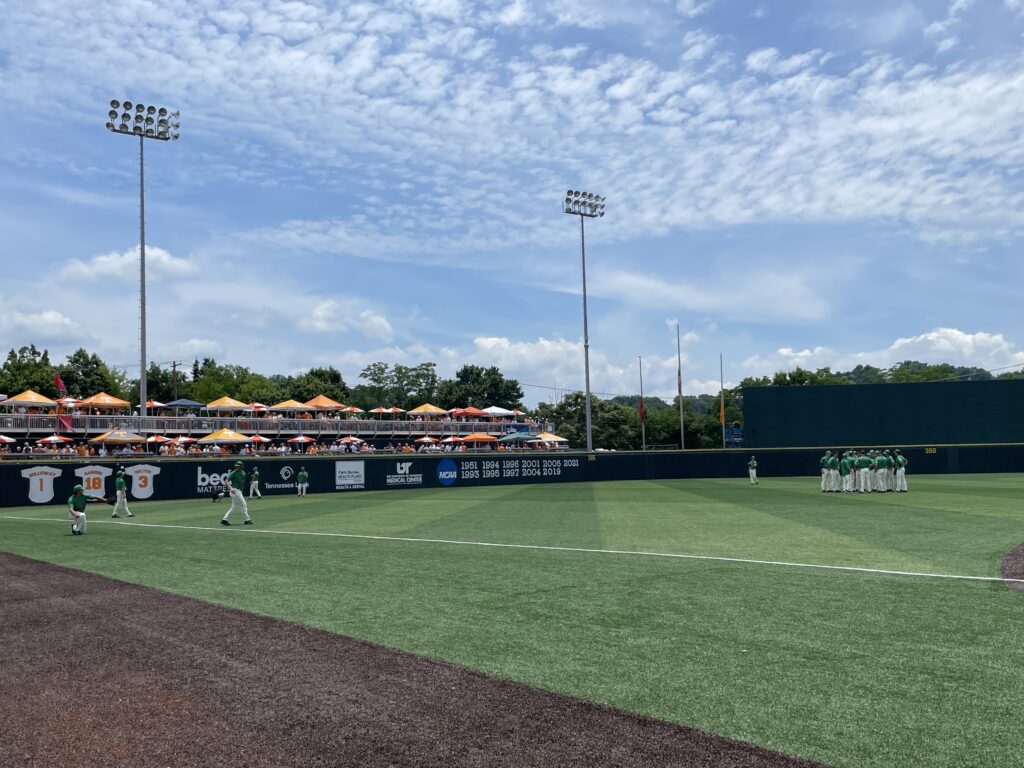 Notre Dame starter John Michael Bertrand had a decent day going until the Vols opened it up in the 5th, leaving the game after 4.2 innings pitched, giving up 8 hits and 6 earned runs in the process. Jack Zyska had four of Notre Dame’s seven hits and hit a homer in the eighth inning.

All eyes turn toward Sunday, after Tennessee took care of business on Saturday and avoided an early exit from the Super Regionals. It will come down to the final game and the pitching matchup should be interesting on Sunday. The Vols were actually helped by Dollander going a full seven innings, giving the bullpen some extra rest. The challenge for the Irish will be tampering this Tennessee lineup again on Sunday, especially with the return of Drew Gilbert.

Tony Vitello was asked how much it meant to him that Friday night’s game wasn’t the last one for Drew Gilbert. pic.twitter.com/erJQuIM42L

Tennessee has options when it comes to the starting pitcher for Sunday, either throwing Drew Beam or Chase Burns, while having bullpen guys if needed. Vitello is just happy to have the options, just like he thinks Notre Dame is.

“Yea, I am not sure what they’re gonna do, but I think they would answer the same way that both teams are fortunate to have options. A lot of times you get to this situation and maybe you don’t feel that way, maybe you got a guy to start the game, but you’re low on options. We’re both fortunate and I think every team in the country when you get to this point, you have options and I don’t mean to speak for Notre Dame, but it’s all hands on deck.

“You got to do what you gotta do, so that’s what it will be for us,” Vitello added. “We’ll figure out who has the first inning, but it’s all hands on deck and we’ll figure out what’s best.”

This is what both teams have been working towards the entire season, with a berth in the College World Series on the line Sunday. Expect a wild ending to this Super Regional, with first pitch scheduled for 1PM ET on ESPN.

Either way, the Vols forced a game three and that’s all they could ask for heading into Saturday’s matchup.

One final game, for a trip to Omaha.