There are tough guys and then there’s 23-year-old tough guy Cameron McAdoo who made himself some supercross fans Tuesday night after what he went through during the 250SX main event at Atlanta Motor Speedway. McAdoo was turned into Gumby early in the race, which was red-flagged over the wreck.

McAdoo, according to those watching live, was checked out by a doctor, the bike was straightened out and he jumped back on for the race restart and ended up on the podium with a 3rd place finish.

“Lots of this for the next few days,” McAdoo posted on Instagram Story featuring a photo of himself in an ice bath after Tuesday’s wild race.

WILD ride for Cameron McAdoo early in the 250SX Main Event which ended in the race being red flagged 🚩 #SupercrossLIVE #DropTheGate pic.twitter.com/bHnDSTkpiY

The supercross community is battling it out this morning over McAdoo reentering a race in which he caused the red flag while I’m over here not the least bit into the sport just wondering how he didn’t call it a night and go back to the RV to watch a movie.

Not this guy. He rides for Monster. No way he was going out over some minor accident that left middle-aged men in pain just from watching it on their TVs. 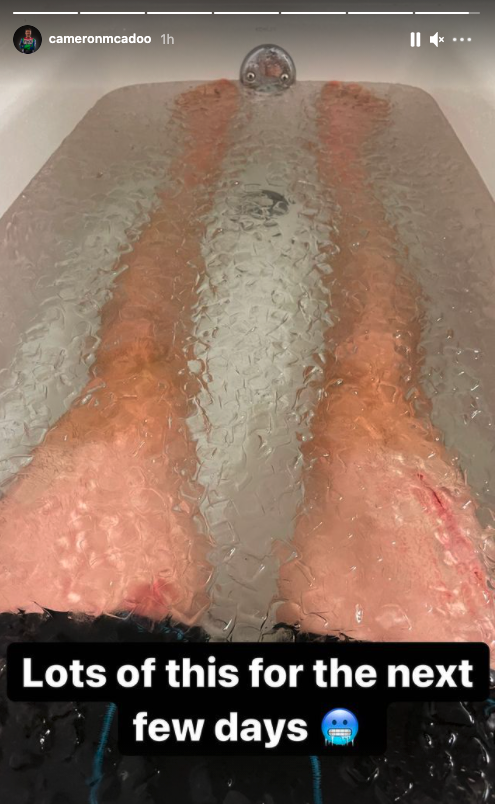 Cameron McAdoo is as tough as $2 steak. I can’t believe what I just saw. #beast